By Morbid_Tales (self meida writer) | 24 days

Domestic flight JAL 123 departed Tokyo’s Haneda airport at 6:12 PM and was scheduled to land in Ōsaka one hour later. The Boeing 747 was completely booked; it was the eve of the Japanese holiday Bon, and many people were going home to see relatives or going on vacation.

Twelve minutes into the flight, as the jumbo jet was approaching its cruising altitude, an explosion shook the aircraft. A bulkhead had blown in the tail, creating over-pressurization that severed the four sets of hydraulic-control lines and blew part of the tail section off. With a total loss of hydraulic pressure, the captain radioed he was getting no response from his controls. For the next 27 minutes, Takahama attempted unsuccessfully to regain control of the aircraft as it descended uncontrollably. 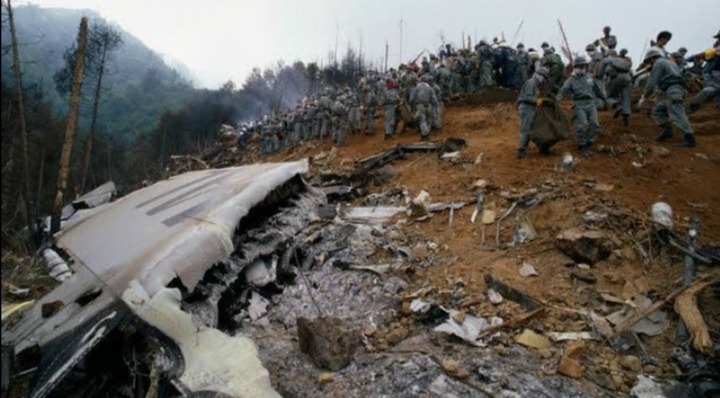 The plane fell to around 10,000 feet (3,000 metres). The pilot continued to send distress calls and asked to be rerouted to the Tokyo airport. But about 45 minutes after takeoff at 6:50 p.m. local time the Japan Air Lines Boeing 747SR crashed into Mount Otsuka, 70 miles northwest of Tokyo. There were 524 people aboard but only four were found alive by the time rescuers reached the remote crash site 12 hours later. 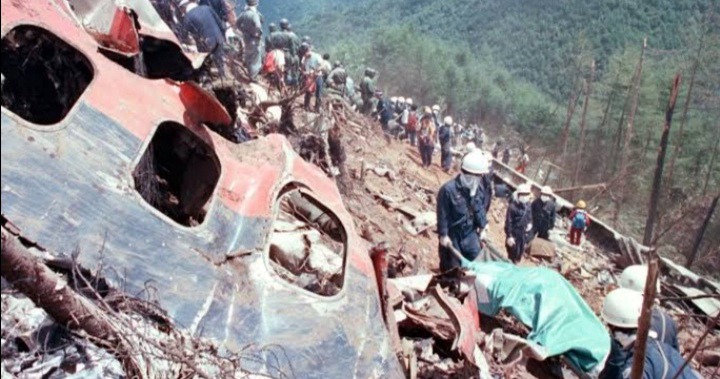 Rescue attempts were made difficult by the remote and treacherous location of the crash site. Not until 12 hours after the crash were emergency rescue crews able to reach the area. Paratroopers descended from helicopters onto the scene, and some rescue volunteers reached the remote area on foot.

The crash was attributed to a missing tail fin that was likely structurally weakened because of frequent landings and takeoffs.

The Holy Spirit and the Creation of the World