Police officers from Busia are currently investigating an incident which reportedly happened yesterday at night where they were forced to sleep at their neighbors house after an attempted arson attack. 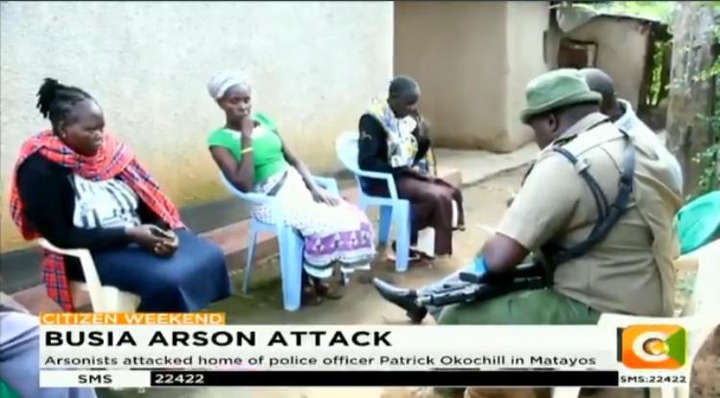 According to the reports given by the police officer, he revealed that he was at work before he received news from one of his neighbors who revealed to him that his house was on fire.

This was followed by a dramatic scene after he took a couple of his colleagues and rushed to the crime scene only to find most of his belongings turned to ashes except for his family members who were lucky enough to have escaped.

Reports received from the wife of the alleged officer revealed that she was sleeping along with her babies while waiting for her husband who was by this time doing night patrols to come home before he heard a couple of people talking, using her instincts, she said that she immediately took their children to her neighbors house.

Unluckily for them, when she got back to try and save any of her valuables, she said that most of it had already gone up in flames and so due to this reason, the family of the officer who has been identified as Patrick Ochiil has called upon the DCIS to look into this before things get out of hand.

This is because according to both wife and husband, they said that this was not the first time this kind of attack was happening adding that they always succeeded in escaping because they are always alerted before these suspects make this moves. 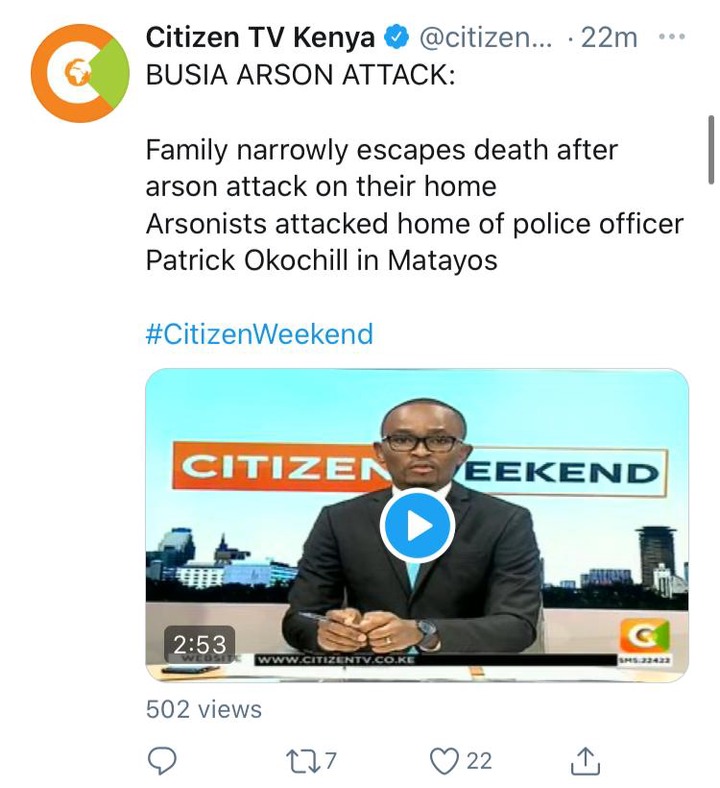