Police Reveal Killer Cop Caroline Could be Hiding in Nairobi

By Kefaadan (self meida writer) | 20 days

The search and hunt for Killer Cop Caroline Kangogo who killed her alleged lover and Police Officer John Ogweno enters day eight today.Caroline who is also a police officer and a mother of two children has been hiding after killing two people in a cold blood.She did her first murder in Nakuru after she killer Officer Ogweno and even escaped with her gun.The next day she committed her second murder in Juja after killing a man in who was alleged to be a lover in a hotel room. 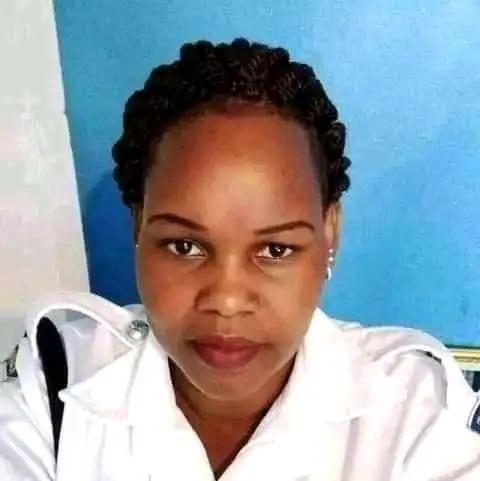 According to the latest news from the police detectives they have Revealed that Caroline is still hiding in Nairobi.This is after she was spotted on Friday along Thika road heading towards metropolitan area and yesterday she was again seen in Mathare slums.The police have been searching her around the area and sorrounded all the bus stages and stations heading towards Mombasa, which is seen as her next destination. 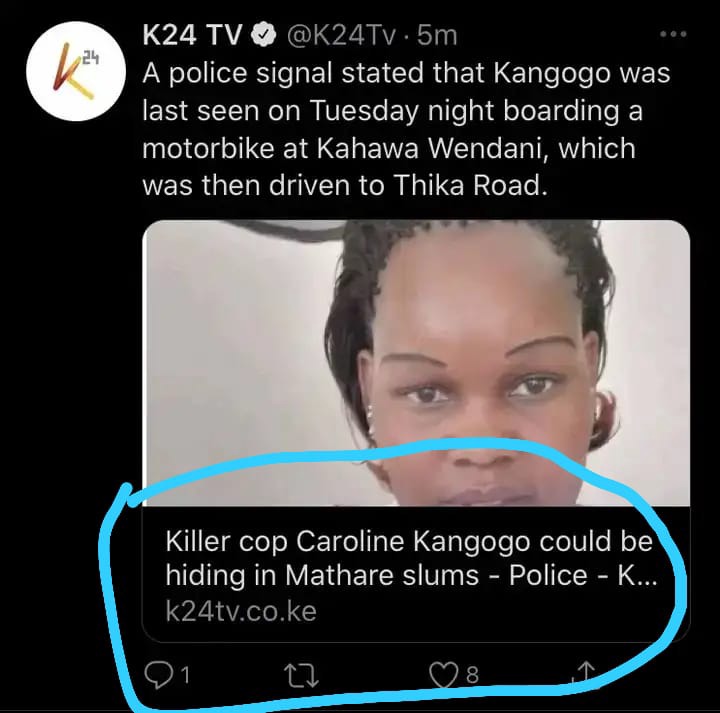 Her Husband is believed to be living in the coast in Mombasa county and the news have revealed that where Kangogo plans to go next. She has already been visited four counties in Seven days since committing the terrible and horrible crime.Reports show that Caroline has been spotted in Kisii, Kiambu, Nakuru where she was seen in a club partying all night and lastly in Nairobi around Mathare slums. 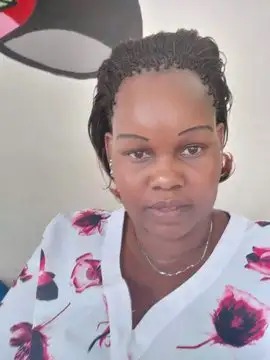 A woman was mistakenly shot for looking like her and she is now undergoing treatment in Tranz Nzoia Referral hospital.Detectives have also Revealed that as much they want her they fear a physical confrontation may lead to deaths on both sides.This is because she is highly trained police officer and sharpshooter with much experience. 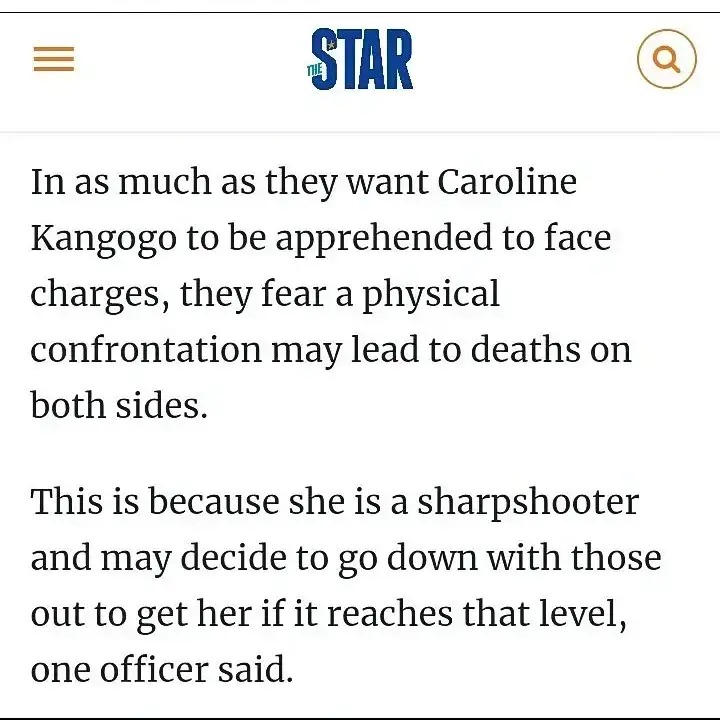 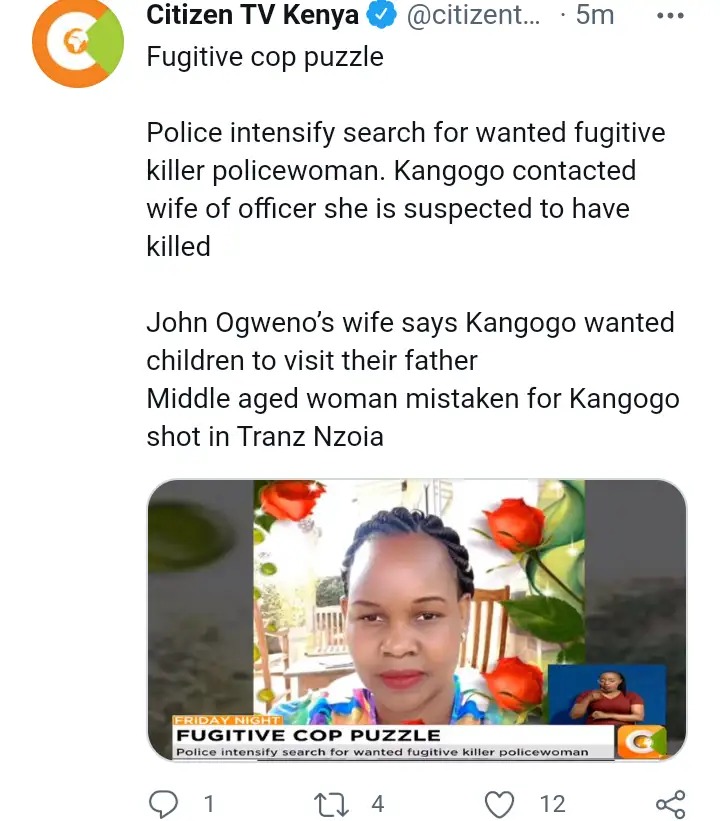