By Galaxywriters (self media writer) | 4 months ago 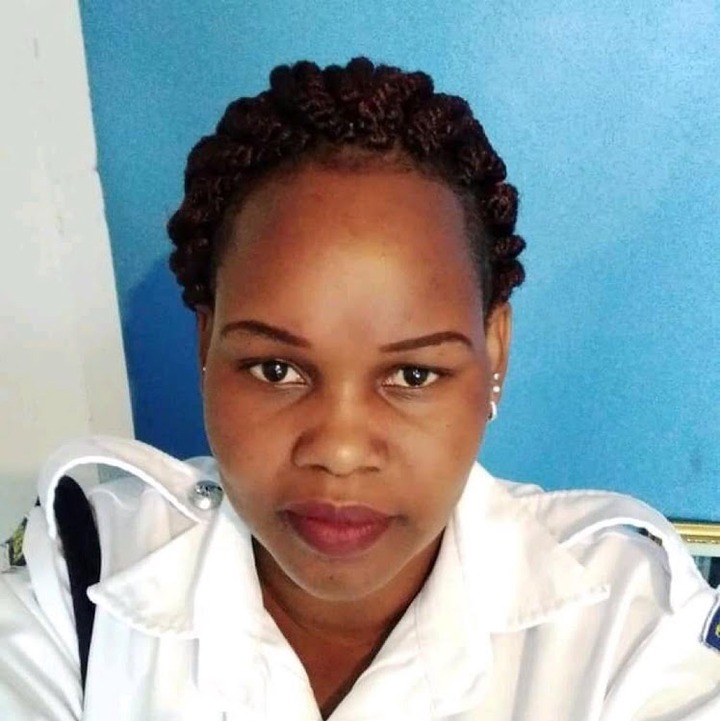 Now that the person who could have revealed everything that transpired her decision from killing a police officer, Peter Ndigwa, and finally claimed to have committed suicide is dead, most of the truth will remain unknown even though the expert may try to uncover some facts.

According to the report of the suicide note, she left behind in her phone, it's unbelievable that she could just have done all the alleged crimes following these issues being aware that there are people who go through hell but still manage to make it through speaking out and seeking out for help.

As reported by citizen television, she had claimed that Peter Ndigwa defrauded her 1.5 million in a car dealership wherein another report she is claimed to have indicated that she was harassed by Nakuru OCS and that she had some issues with the father which she could not disclose.

It's not that easy for the people to believe that these are all the issues revolving around her life that transpired to her alleged actions, and Al's following concerns of how she committed suicide, the alleged time and she arrived yet no one saw her and the fact that even the parents don't d not hear the gunshot. 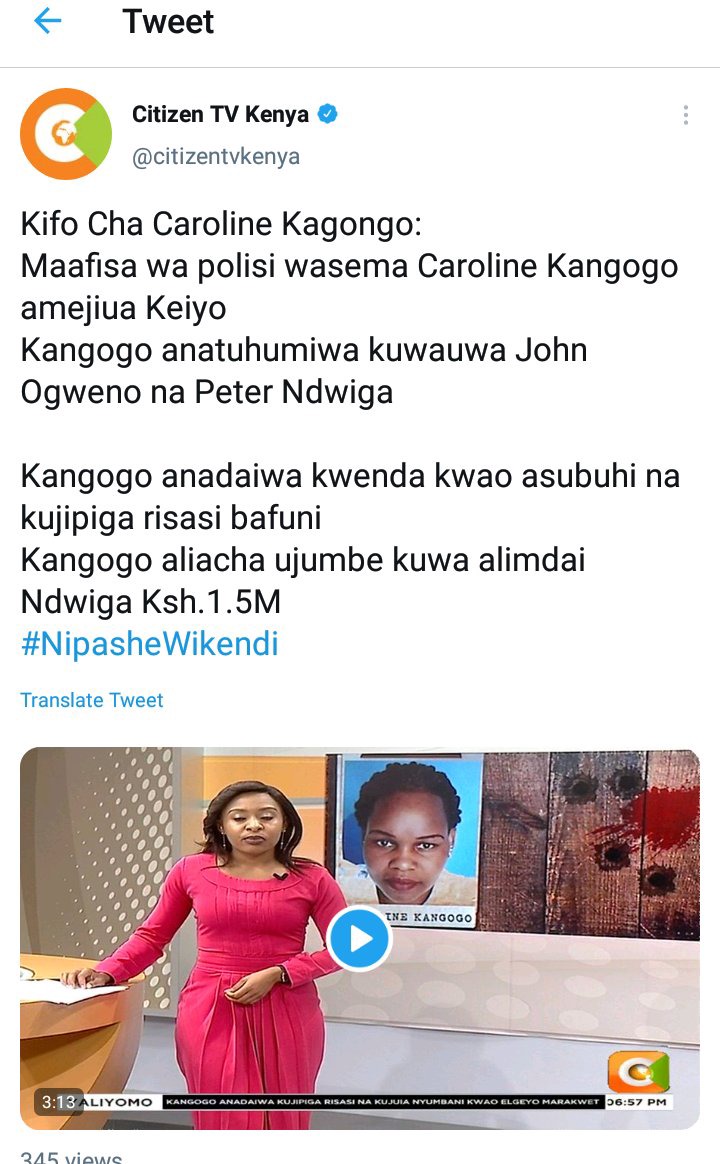 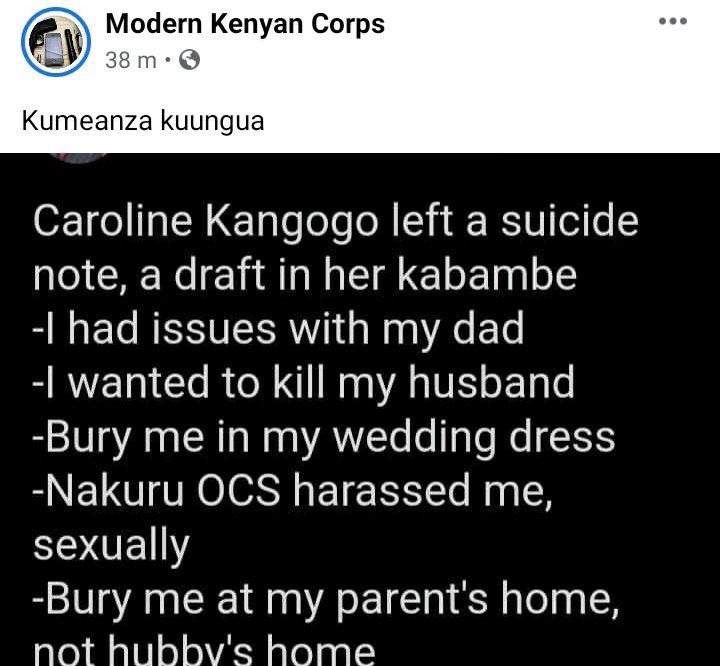 Do you these issues are worth her alleged committed crimes?

Content created and supplied by: Galaxywriters (via Opera News )