They Are Licenced Thieves, Angry Kenyans Raise Concerns Over These Broad Daylight Robbers

By dukee (self media writer) | 4 months ago

Kenyans have raised concerns on social media over why these notorious city criminals have not yet been arrested and charged in a court of law.The said criminals always operate in a broad daylight robbing the unsuspecting Kenyans. One Kenyan by the name Tanisha Wairimu on facebook,has given her encountered experience with these thugs According to Wairimu,she says that she was nearly lost her 9000 shillings to these city conmen.She says that she was tricked by the agents in this game to open a participation paper that they had given to her.Upon opening,she was found out that she had won a laptop and two smartphones.They went on tricking her that they will return one phone and the laptop in exchange for money.Wairimu agreed with the deal and was told to make a deposit of 20k shillings so that she could be given back 53k.Wairimu suspecting their conning moves,she declined the deal and this is where they started throwing her all kinds of the insults. 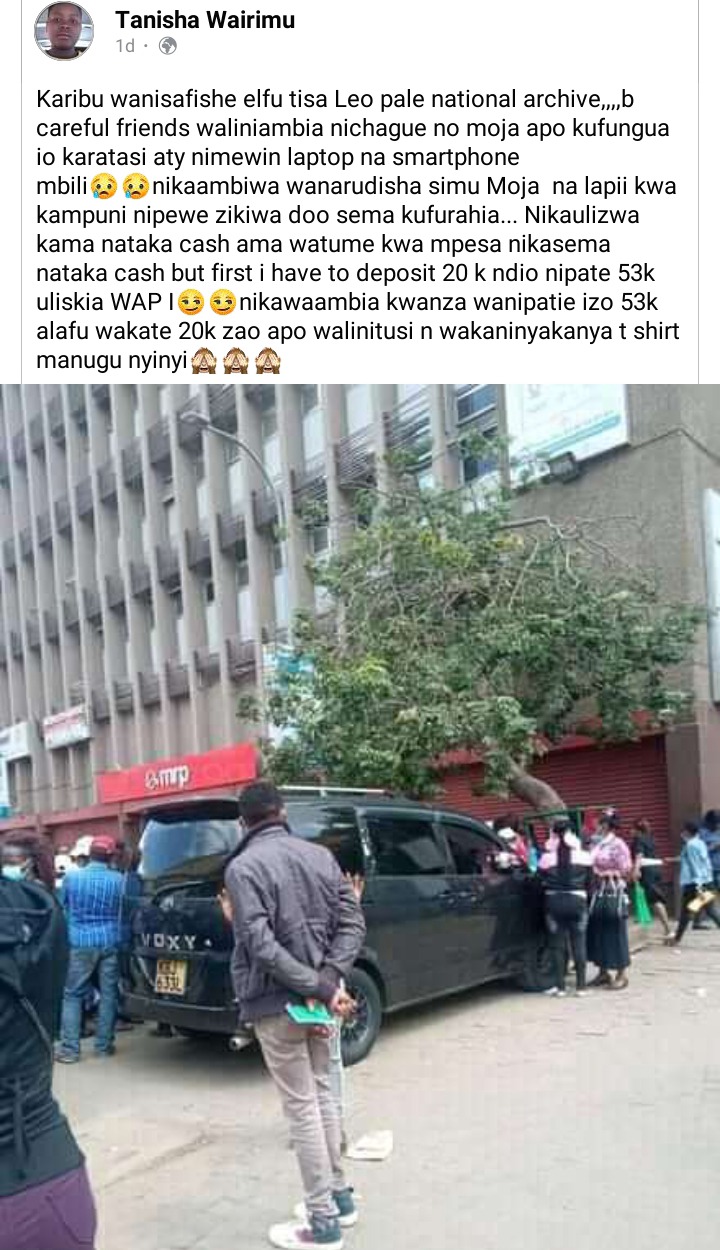 According to some Kenyans who have experienced the same,they say that these people are working in hand with h the city councils and that's why they have never been arrested.The suspects normally throw one card down when they see somebody coming and they ask that person to pick for them that same card.When you give it to them,they give you 200 shillings and ask you to play.At the start you will win but later they take all your money.If you complain,they will beat you mercilessly you will take them nowhere.

The national government should do something to stop this goons from conning innocent Kenyans. 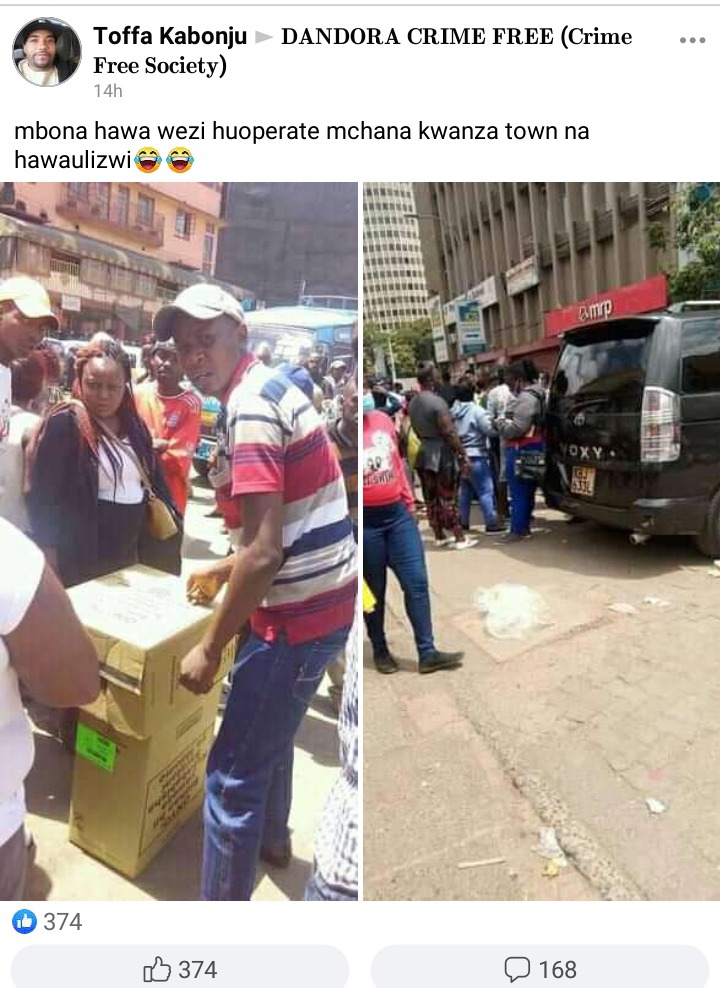 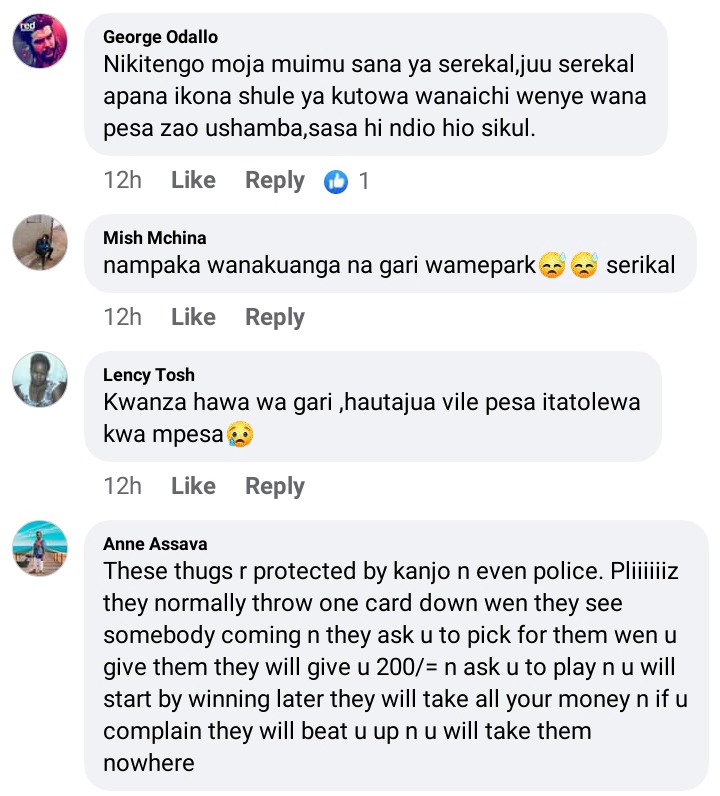 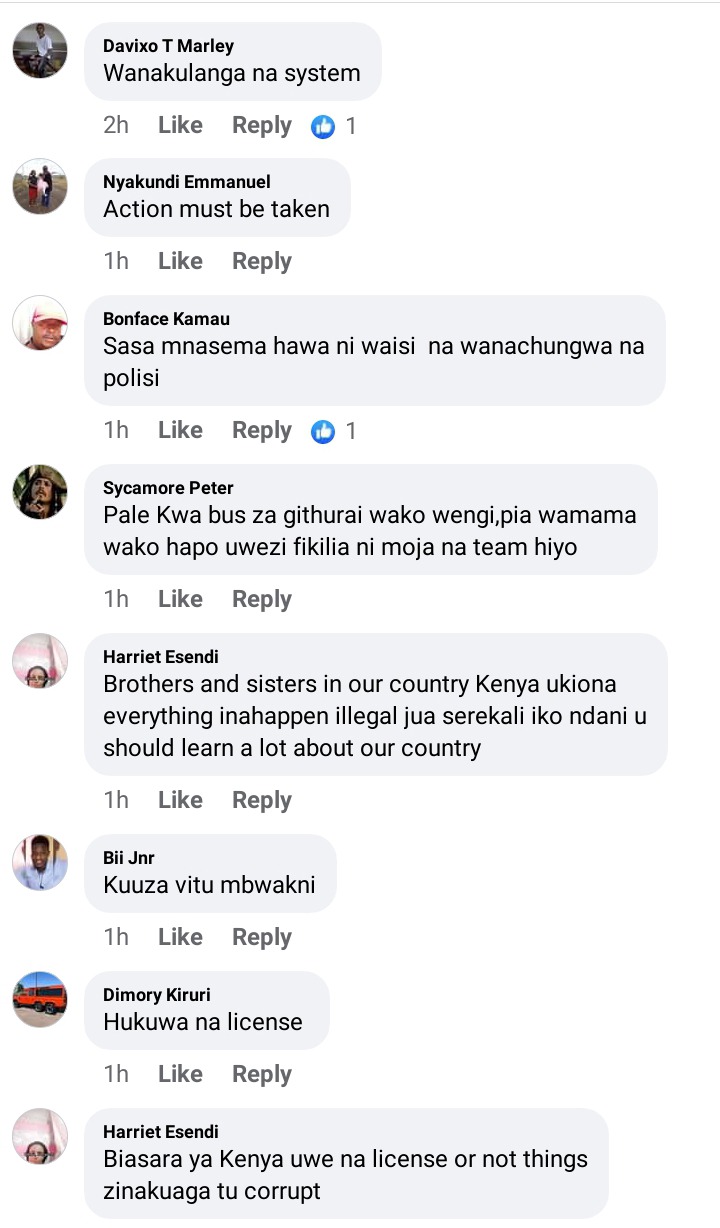 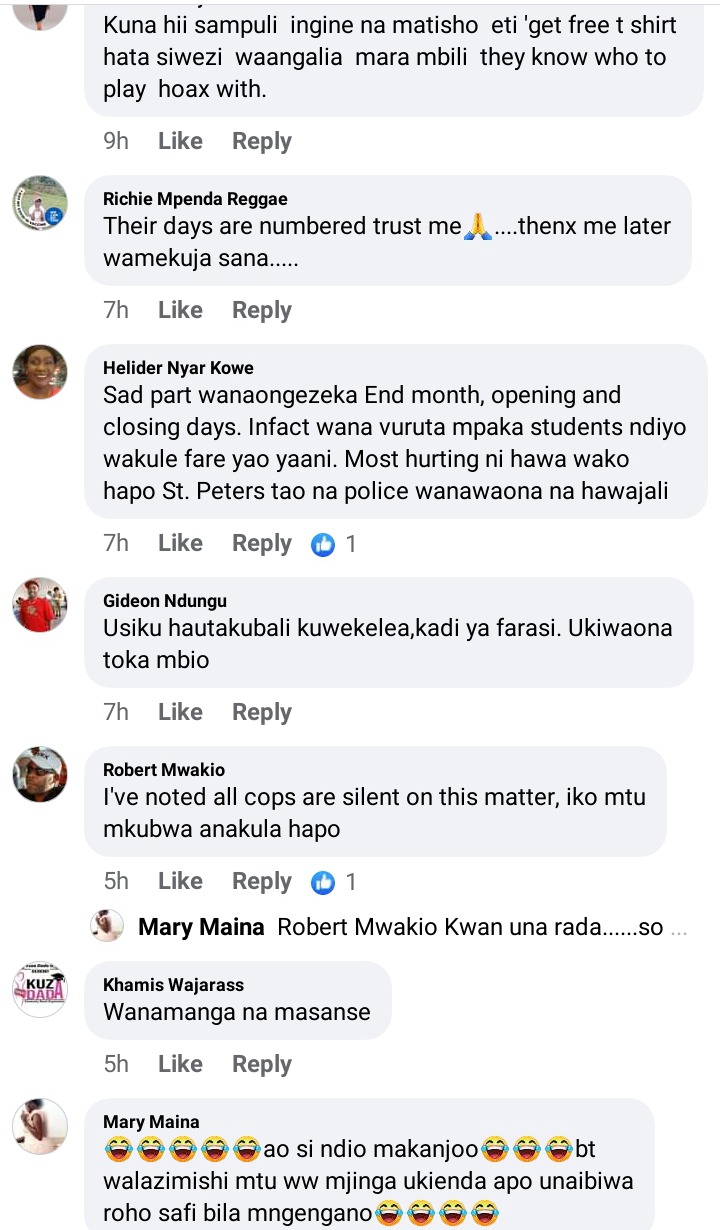 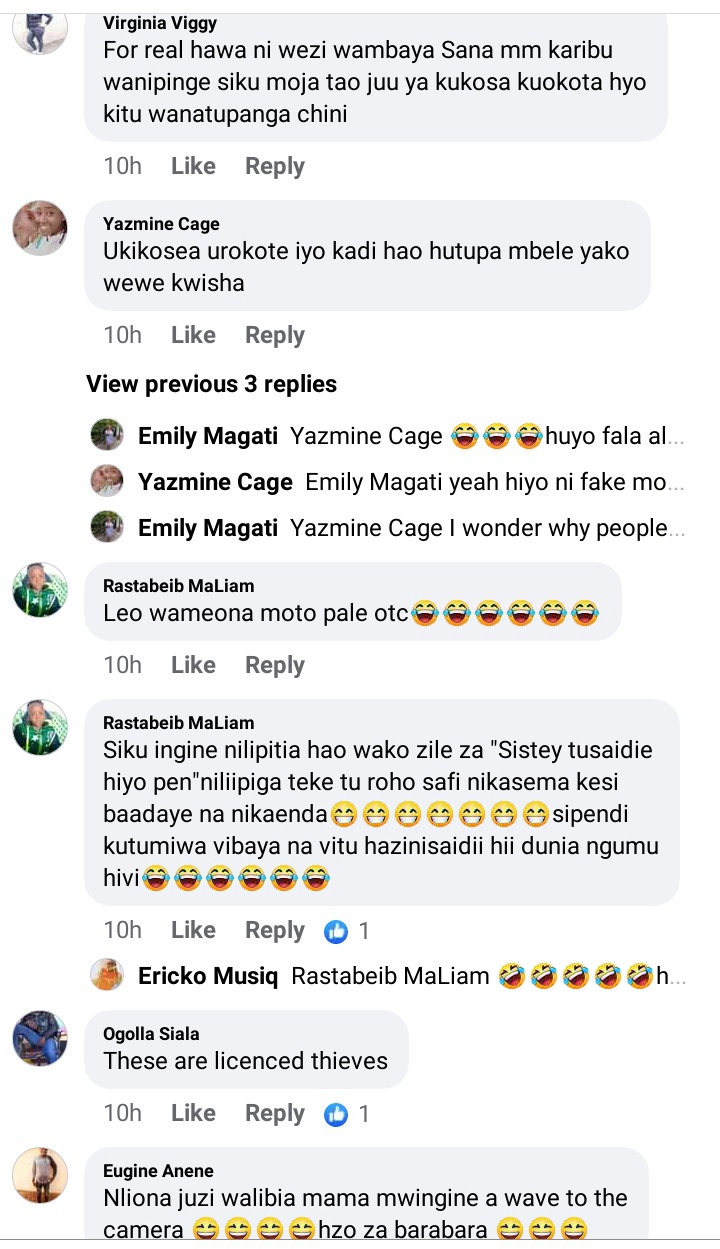 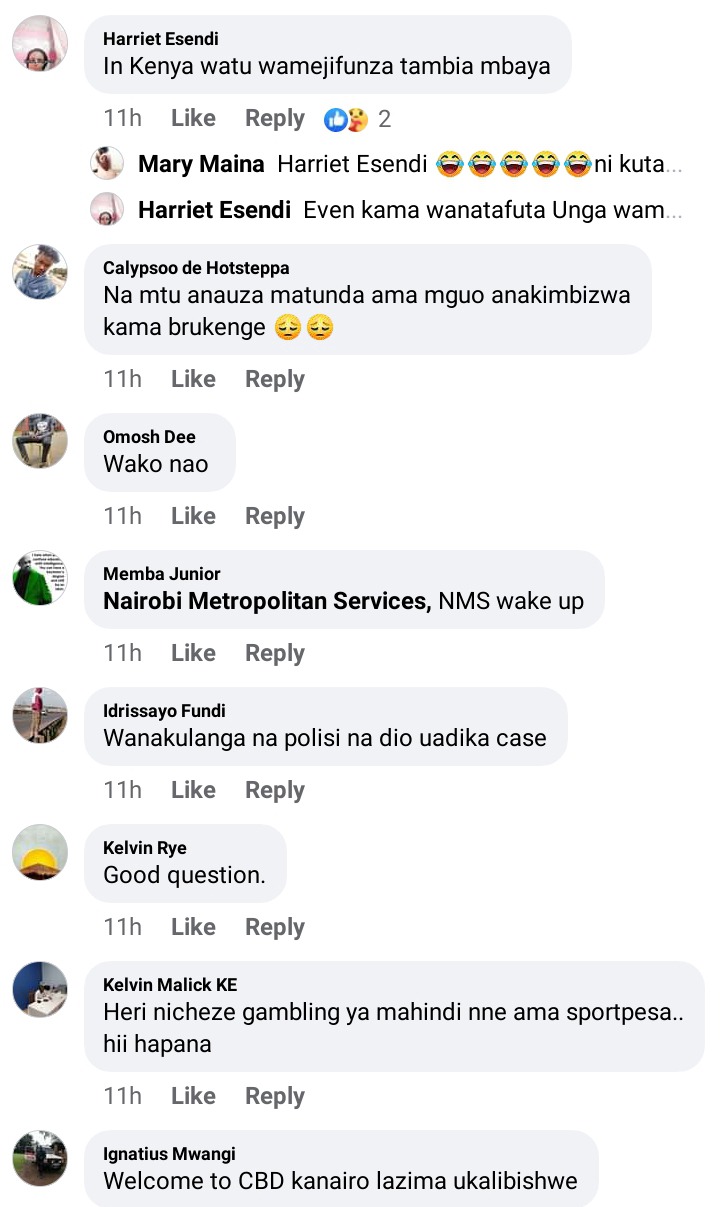 Man Pretending To Be Safaricom Engineer Arrested In Muranga

Body of Baringo Headteacher Who Mysteriously Disappeared Found In Forest