A sombre mood has engulfed the residents of Juja in Kiambu county following the demise of a University student who lost his life in mysterious circumstances at the Lantana apartments.

The student who has been identified as Taylon Mbuthia who was based at the Kirinyaga university hit the ground floor and died on the spot following a drinking spree with his girlfriend Margaret Nyambura.

The girlfriend to the deceased was also a student at the Jomo Kenyatta University and they had partied together with her roommate identified as Shantel and another man known as Joe Momanyi. 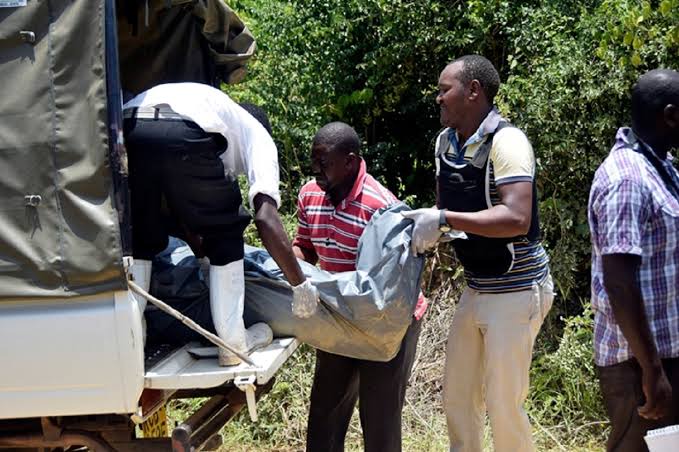 Trouble started on Monday when a fourth-year student identified as Brian Andaki joined the group and Margaret introduced Taylon as his cousin who had brought greetings from home.

Margaret, Taylon, Joe and Brian left the apartment on Monday night to look for the food while leaving Shantel in the house as she was fully intoxicated and could barely move her heels.

On their return, an ugly spat ensued between Taylon and Brian after the latter discovered that the former was not a cousin to his girlfriend as he had been informed and the two exchanged blows before the deceased landed on the ground floor. 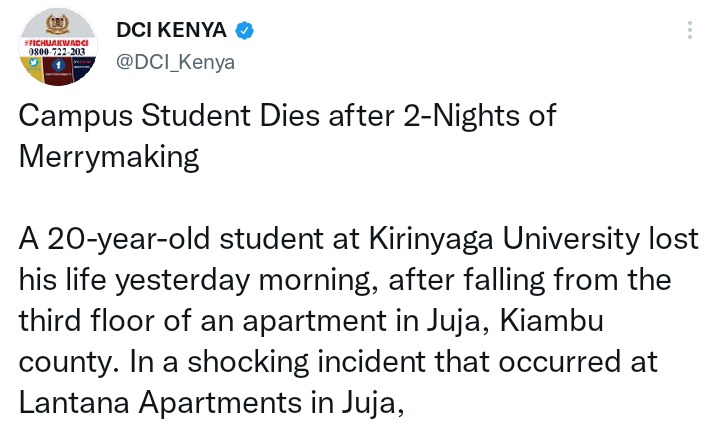 Itumbi's Response To Kibicho That Has Left Kenyans Talking

Why Young Men Should Avoid Dating Women Older Than Them

Si Tulisema Tu, Harmonize Over The Moon Again After What Kajala Finally Did to Him