By HotWave (self media writer) | 5 months ago

In an order released on Monday, February 21, the office uncovered that Wanjigi was as yet in unlawful ownership of 11 guns and 485 rounds of ammunitions. 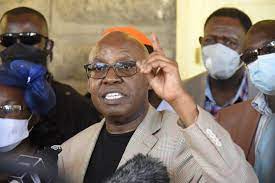 The agency further directed that if the businessman failed to surrender the weapons by Thursday, he would be placed under lawful custody.

"The Directorate has in the recent few months led intensive investigations and established that you are in possession of guns and ammunitions that are considered to be illegally held.

"This criminal investigation has laid out that you hold 10 firearms of various makes and description... which act of possession is in contravention of the Law," read the statement to some extent.

The firearms he is blamed for holding incorporate 2 Ceska guns, short firearm, Glock 19, three Glock guns and a rifle among others.

Wanjigi has been entangled in a court battle against Kinoti over the firearms he is asserted to have held on irregular after his service where he worked as a police reservist. 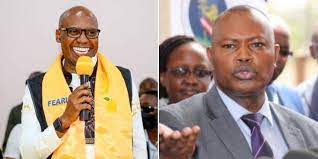 The agency had been pursuing after the tycoon since 2021 after they asserted that he had the firearms secretly.

Activist Memba Ocharo had moved to court, through attorney Danstan Omari, seeking to compel the DCI to recuperate the weapons from the city businessman.

"A judicial review order of mandamus does hereby issue compelling Inspector General of Police and Director of Criminal Investigations to quickly arrest and make a proper move against Wajingi for being in possession of unlawful guns and ammunitions as opposed to his firearms certificate," contended Ocharo in his court papers.

The case was, however, thrown out of court in December 2021 on the premise that the appeal didn't meet the imperative threshold.

"I have considered  the prayer that leaves granted operates as a stay. On the material before me, I'm not satisfied that the application meets the legal threshold for the award of this prayer. The same is declined," Justice Anthony Ndung'u ruled at that point. 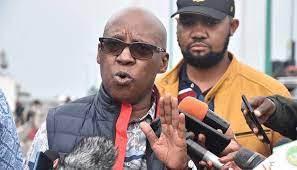 Content created and supplied by: HotWave (via Opera News )