By InnohJohn's (self meida writer) | 14 days 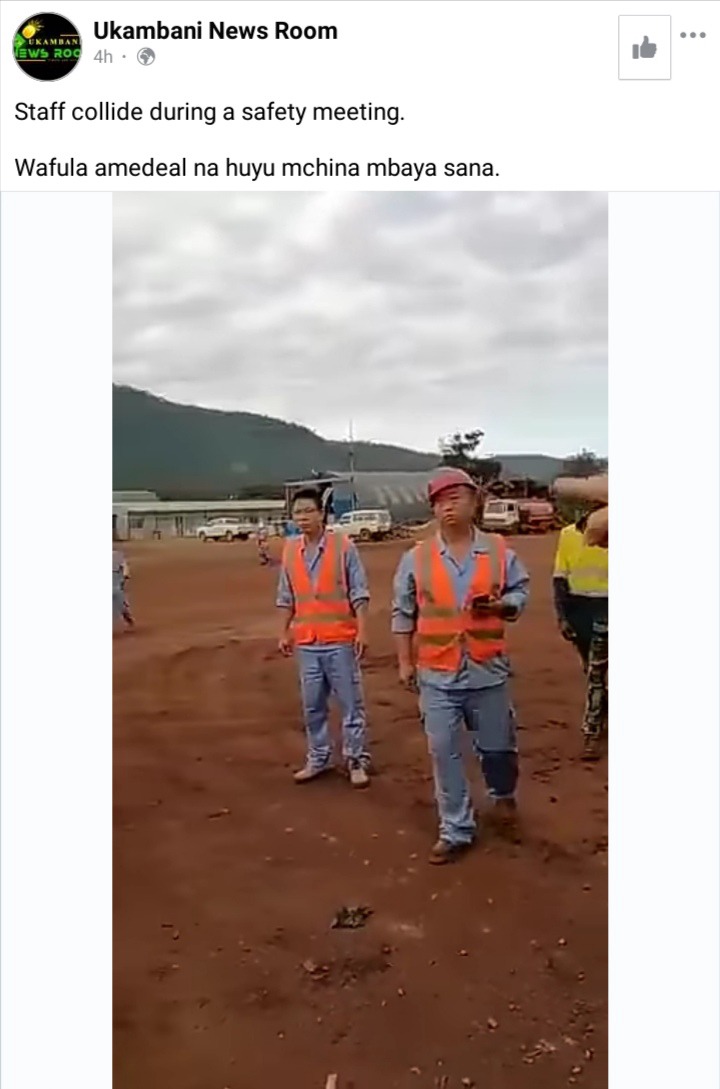 A Kenyan man who is named wafula,disagreed with a Chinese whose name is not mentioned as they were on safety meeting making an arrangement on how they will do their job.Wafula who is a Kenyan contractor working with Chinese contractors had a talk with a Chinese man whom they disagreed, after a Chinese man wanted to fire some workers with no good reason for doing so. 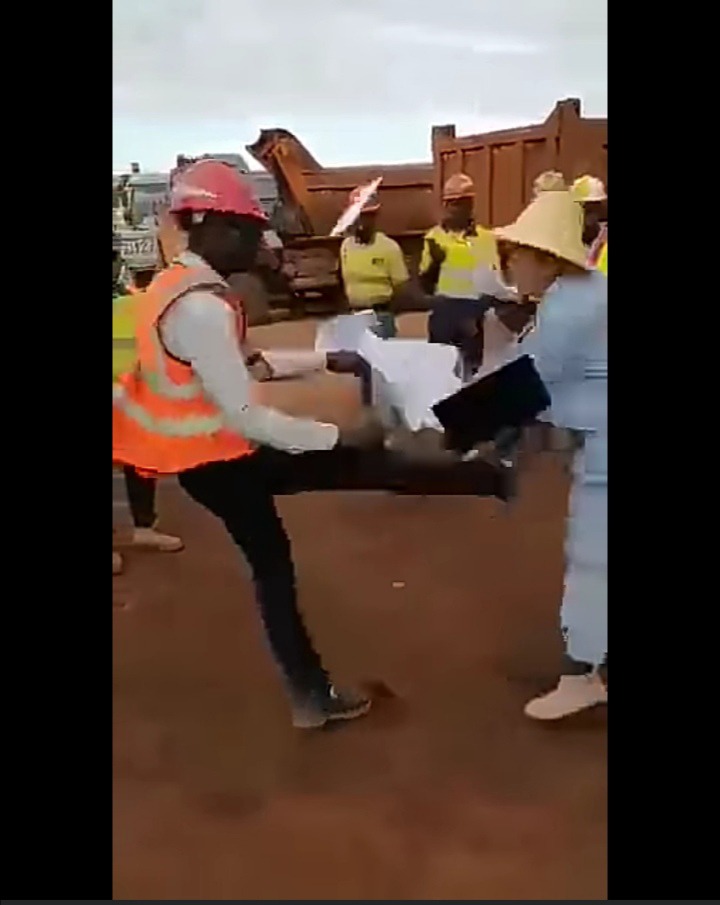 The said Wafula,questioned the Chinese contractor who was was firing kenyan labourers who support them during construction in their projects, where Chinese man angrily jumped landing to wafula where he slapped him. Luckily wafula managed to defend himself and braved the fight kicking Chinese contractor almost the lower part. 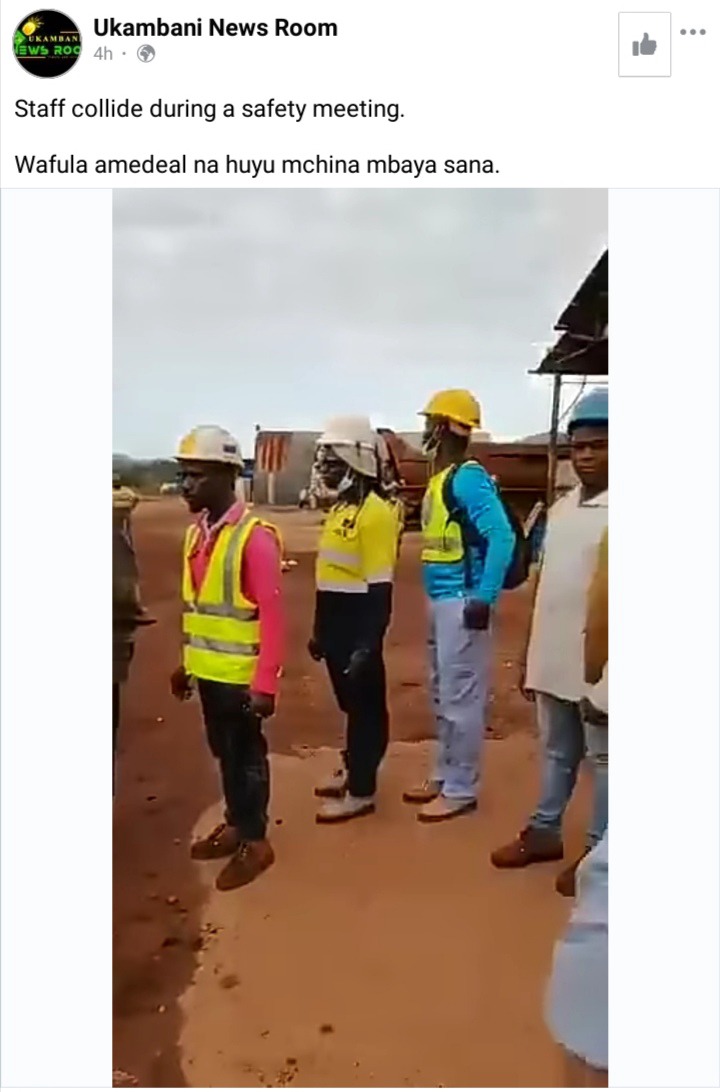 On kicking Chinese contractor, he decided to use a a piece of metal that was near him to hit wafula where Wafula quickly jumped to chines man kicking him and managed to take the piece of metal that Chinese man was holding. Upon picking they were separated by the other colleagues who were watching them for a while as they were fighting.

Since one kenyan man was recording the incident, he shared to the Facebook page where it left many in talks as others were reacting. Some were supporting what the so called Wafula did while Others condemned the act. If it were you what would you do? 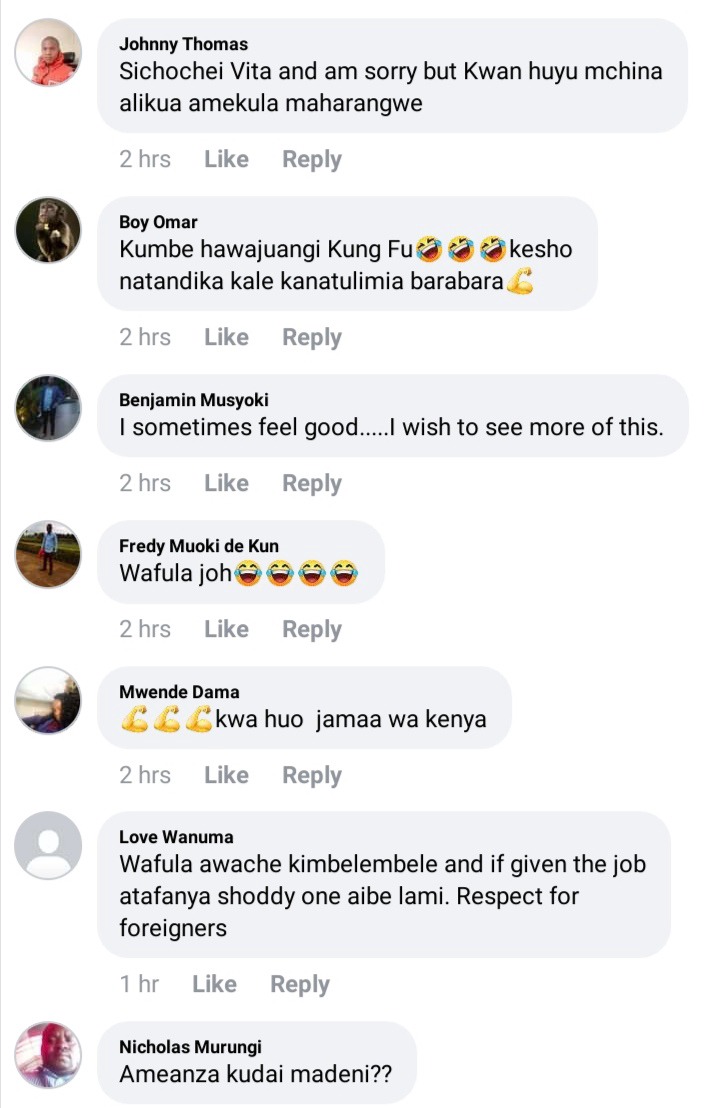 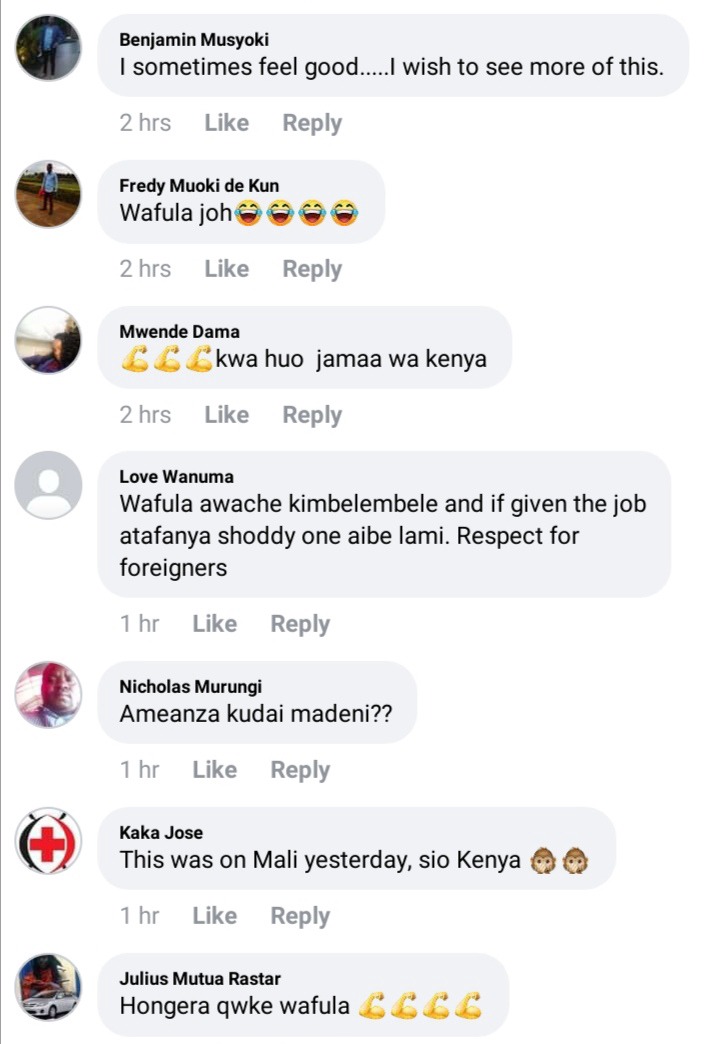 How to train your abdominal with a single dumbbell

Kenyans React After Wangui Ngirici Wrote This on Her Facebook Page

Why Schools Should Close As Coronavirus Infection Spikes