Why state officers could start driving themselves in the nearby future

By Joshuaonani (self meida writer) | 25 days 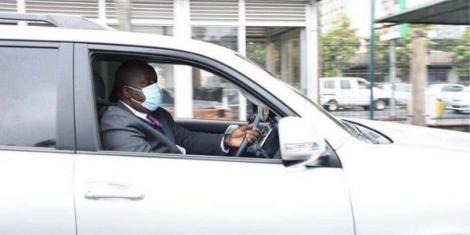 Ever since governmental officials have been considered as the most important people in the country, a law was passed in parliament that guarantees them to have security drivers and even given cars by the government. This has created mixed reactions in the country, some terming it as the most useless decision, which only burdens the taxpayers, while on the other side state officials have defended the law, stating out how their job involves traveling long distances, which also require good security.

According to the Standard Newspaper, one of the Ethiopian state officials is considering a decree that all drivers drive themselves thought that Kenya would also wish for. The standard Newspaper also stated out that many Kenyans agree that we spend too much on our government officers. 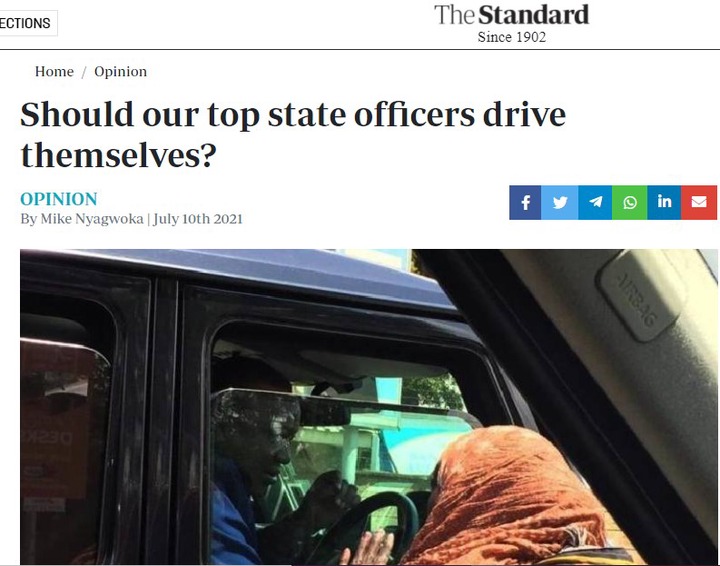 IMAGE | COURTESY | Research done by The Standard Newspaper on why the state officers should commence driving themselves as a way of reducing the burden imposed on taxpayers.

While doing its research on the matter, The standard Newspaper in its post on Facebook, concluded that a Kenyan minister, for example, is assigned several cars, drivers, and aides. The same applies to representatives at all levels, from MCA to senators and MPs, with the cost going up the higher you go. Besides salaries, the government has to pay for mileage allowances, offices maintenance, and aides’ salaries.

According to the Standard Newspaper, one of the Ethiopian state officials is considering a decree that all drivers drive themselves, thought that Kenya would also wish for. The standard Newspaper also stated out that many Kenyans agree that we spend too much on our government officers.

The same research also says the main reason why state officers are involved in corruption is that they struggle to maintain the same standard of life that a government position exposes them to. They can’t imagine going back to the Vitz they owned before or their humble abode therefore, before August Elections, Kenyans should start thinking about electing leaders who think well on issues that affect the people who elected them, not leaders who only indulge in things for the sake of themselves.

There is also another research done by the same Media house that says South Africa’s GDP is four times that of Kenya. In Europe, senior leaders catch the train like everyone else yet they are the most influential countries in terms of the economy, why then, must Kenya governmental officials burden the less fortunate?

Will Manchester City be unstoppable if they sign Grelish, Kane and Messi.