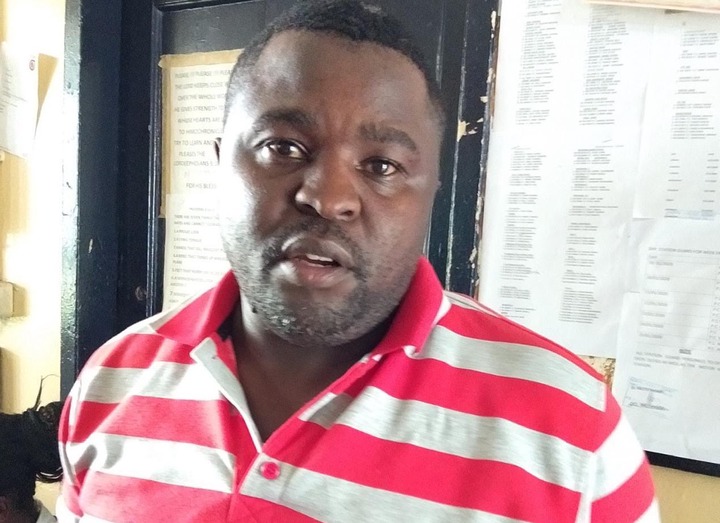 Samuel Mugo Mugota; the man who was shot in broad daylight in Mirema, Kasarani on Monday afternoon not only recruited women to poison revellers' drinks at clubs but also naive young men by promising them government employment.

He would go to a rural areas and round up around 50 young jobless guys by telling them that Treasury required them to register new SIM cards and create three accounts at Equity, Cooperative, and KCB banks.

He would then return to the city, transfer monies taken from his victims into these accounts and then vanish.

The DCI describes Samuel Mugo Mugota as a rogue millionaire who built his riches by swapping SIM cards and ATM cards taken from his victims.

Samuel Mugo Mugota has been caught 30 times in the previous 11 years for stupefying and stealing from his victims in clubs with the assistance of beautiful ladies.

The directorate claimed that he worked like a mafia criminal organization, was a multi-millionaire with a fleet of automobiles and had seven wives.

On Facebook, one of the purported wives known as Mary Meddih Wa Jesu eulogized him a day after the news of his death surfaced on Facebook but the post has since been removed.

According to the DCI, Samuel Mugo Mugota's criminal career began in the year 2011 when he began stealing ATM cards from several banks by lurking around ATM machines in the nights by claiming to help clients who were having problems.

When a client entered their ATM card, Mugota would coordinate with rogue banking staff who would clog the machines, then approach the client and offer to help.

According to detectives, he preferred Co-Operative Bank ATMs.After inserting the client's card, he would turn aside and ask the client to enter his password and validate the amount before withdrawing.

The DCI said he moved Ksh700,000 in a single transaction using Pesalink from the account of a woman he was assisting at an ATM in Kayole in the year 2018.

The woman entered the ATM booth to see if a loan she had asked for had been placed into her account.

The DCI added that she collapsed and died when she realized what had happened.

Samuel Mugo Mugota would then use attractive ladies, rogue bankers and police officers to assist him grow his enterprise to stealing from politicians, senior public employees, pastors and top businesspeople.

He would make over Sh1 million in a single day.

According to the DCI however, because of the fact that the machines expel the ATM card first, he would steal the card while the unknowing client waited for the cash.

Despite being prosecuted in nearly every court in Nairobi and Kiambu, Mugota would negotiate an agreement with the complainant by promising to repay them and return to business.

He had engaged over 50 gorgeous ladies as drinks-spiking agents at numerous high-end entertainment locations on Kiambu road, Ruaka-Kamiti road, Roysambu all the way to Zimmerman by the time he died.

Whiskey River, Switch Annex, Oklahoma, Cascada, Red Lion, Aroma, and Dragon are among the bars that the ladies were stationed.

The DCI stated that as a result of his actions, several men have been admitted to hospitals and others have died from an overdose of a stupefying medicine only known as 'Tamuu' ; which was meant to be supplied to people suffering from mental illnesses.

According to the DCI, Samuel Mugo Mugota was allegedly slain in a botched deal when one of his female subordinates turned him out.

Someone Is Always In Your Mind This Is What It Means