Huu ni Unyama: 15-Year-Old Boy Left With Walking Difficulties After What Man Did to Him For a Week

By @DigitalReporter (self media writer) | 5 months ago 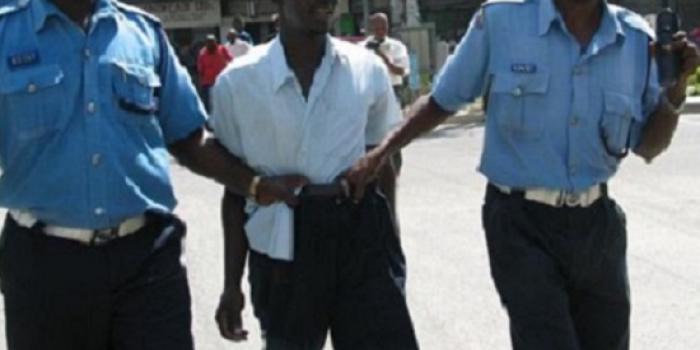 Police holding a suspect in the past/Courtesy

Police officers in Lamu have arrested a man who locked up a schoolboy in his room for a week as he did the unthinkable to him, leaving him with walking problems.

The 35-year-old Mohamed Kale was arrested while at his house in Kizingitini, Lamu East after officers were alerted by his evil deeds.

The man locked up a 15-year-old teen and repeatedly assaulted her for a whole week, leaving the teen with walking problems.

Lamu Central sub-county police Commander Nyawa Murinzi told Nation that the boy's parents had reported that he was missing before he was found a week later. 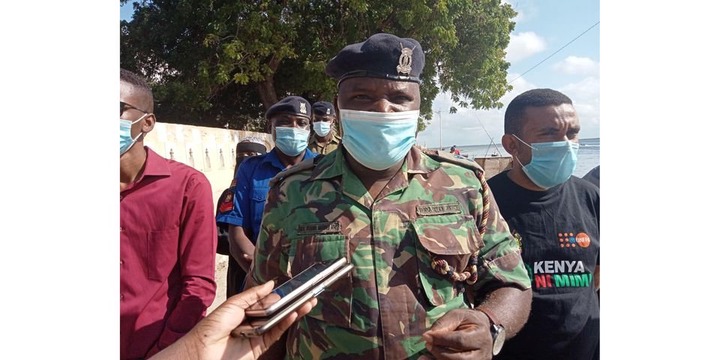 “When my officers interrogated the boy, he revealed to them that the suspect had repeatedly molested him. We took him to a hospital, where doctors confirmed that he had indeed been assaulted several times. The suspect is in our custody awaiting to be presented in court any time,” he said.

Lamu Child Protection Initiative executive officer Abdulaziz Sadiq has since asked parents to monitor their children's behaviour, adding that they should understand where their children are playing from, just to make sure they are safe and not in the wrong hands of such like people.

“Parents should monitor their children’s behaviour and movements. In fact, they should always accompany their children whenever they go for activities such as swimming in the Indian Ocean or any other venture to guarantee their safety,” he said. 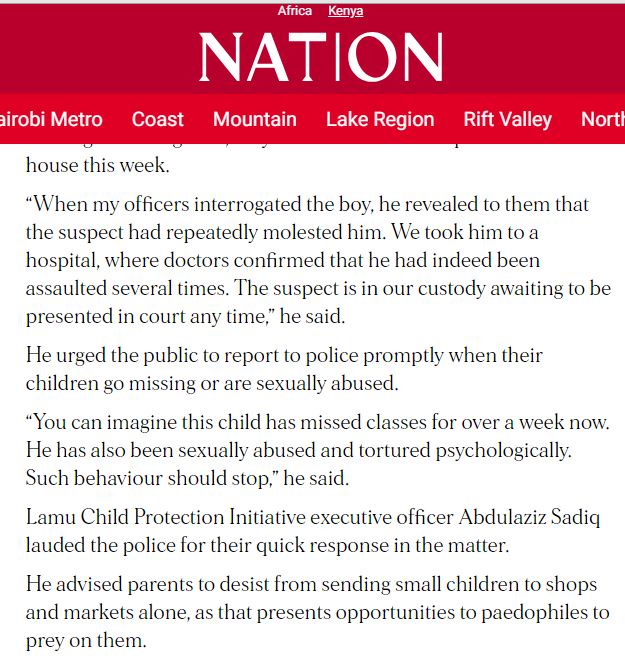