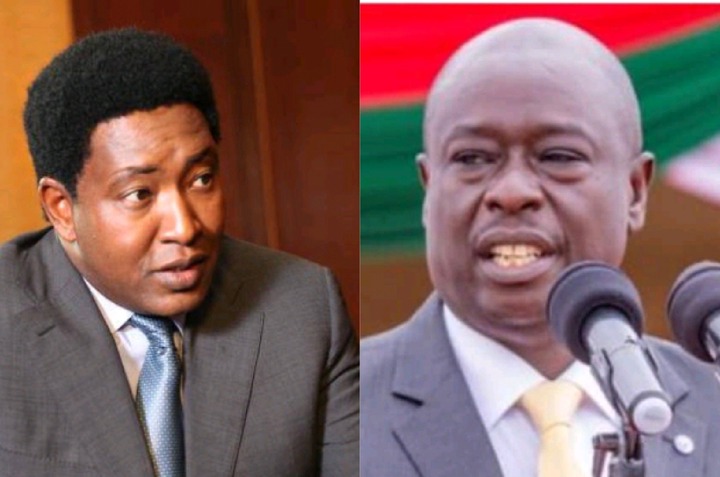 "We wish to inform the public that the suspects including the bus driver have since been arrested and are in custody," National Polices Service stated.

The Police also condemned on what was termed as "reckless and irresponsible conduct" by the bus crew exposing passengers and other road users to danger.

The police added that, "Such conduct will not be condoned and stern action will be taken against anyone in contravention." The suspects are currently in custody apending arraignment on various traffic violations. 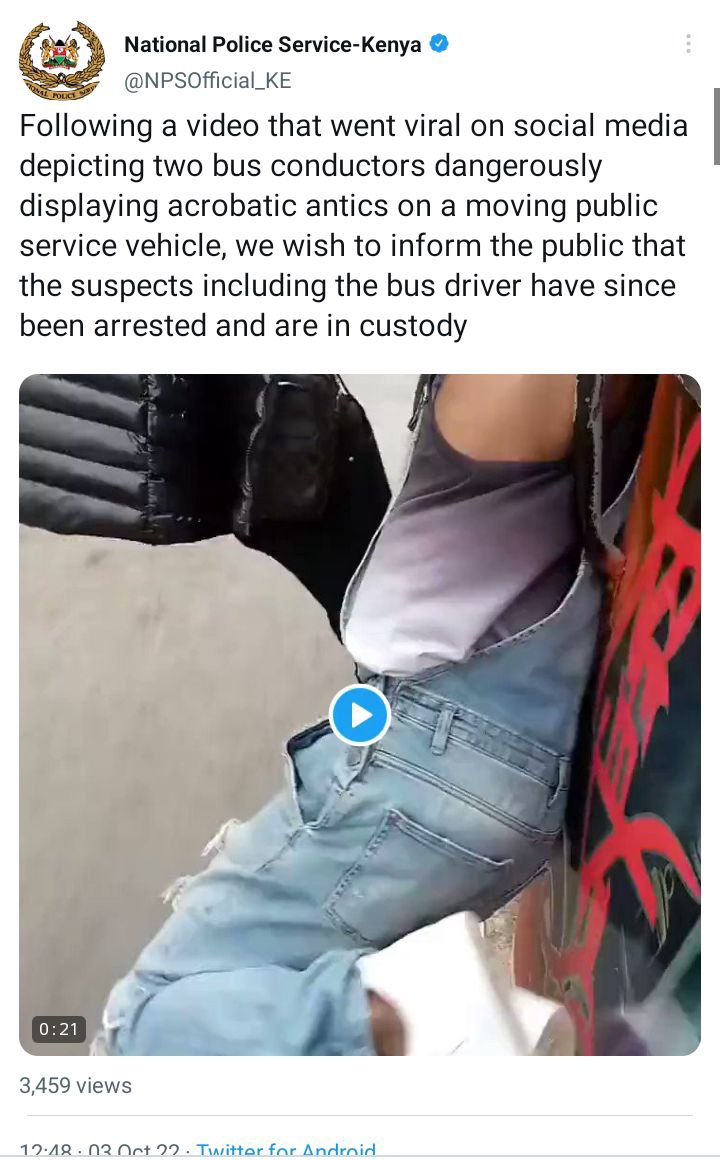 Ledama has demanded to know why the two conductors and the matutu driver have been arrested for hanging on a moving matutu.

"Now tell me my good friends NTSA Kenya, why should you arrest a Matatu Driver and two Conductors for hanging on a moving Matatu yet they learnt from the second in Command Mr. Riggy G himself (Rigathi Gachagua, the Deputy Presidential)?? Stop your double standards men! Cut them some slack!," Hon. Ledama Olekina said.

Further, the police thanked the public for promptly volunteering information that led to the identification of the vehicle, the crew and the sacco under which the vehicle operates. 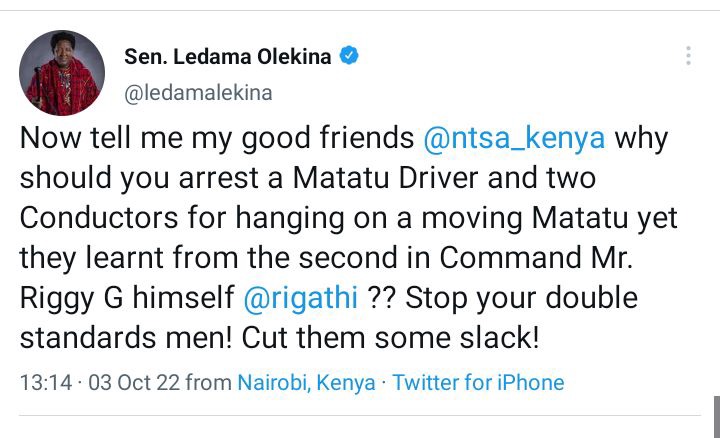