By Dallasnews (self media writer) | 17 days ago 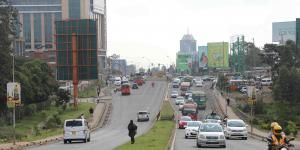 A joint operation between the National Transport and Safety Authority (NTSA) and the National Police last week ended in confusion.

The multi-agency had launched a crackdown on public service vehicles with no badges beginning Monday, September 27, along Ngong road.

However, a source intimated to media that the police aborted mission and instead began looking for faults on personal vehicles.

Some motorists were arrested for allegedly having tints on their vehicles which NTSA officers argued was not a crime.police officers would later release all the traffic offense suspects.

Speaking on the matter, however, Kilimani OCS Muturi Mbogo stated that the crackdown was meant for all vehicles and noted that the suspects had been released awaiting arraignment in court.

"They will appear before court next week. Both Kenya police and NTSA work together and before any crackdown, a meeting is organised and an agreement is made, hence, there are no differences."

Mbogo added that he had not received any complaint from both the police or the NTSA.

Recent statistics by NTSA show a rise in cases of road accidents in 2021, compared to a similar period last year.

The survey indicated that fatalities had increased by 25 percent as of September 20, 2021.

The accidents were attributed to reckless driving, dangerous overtaking, drunk driving, drunk walking, drunk riding, failure to use helmets among other issues.

NTSA called upon all Kenyan road users to follow all the traffic rules and regulations in order to reduce the increasing rate of accidents in the country. 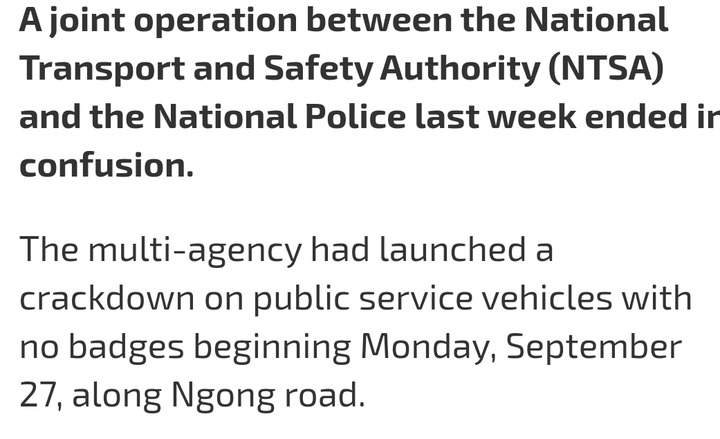 Just In: Mashujaa Chief Guest And President Of Malawi Arrives in Kenya Received by Leaders

Genesis Of Trouble Between Agnes Tirop And Her Husband Revealed, How Their Relationship Deteriorated