A few days ago, Kenyans were shocked to learn of an attack on police officers who were on the trail of bandits on Turkana where eight of the officers died.

The young men who were in the General Service Unit were ambushed by the bandits and killed on the spot with two civilians and a chief of the area.

The government sent in a response unit to the attack with the Operation Rudisha Amani being launched a few days ago and already reporting good progress.

This evening, according to the available reliable reports that we have with us from Marsabit County, another attack has been witnessed on police officers.

The bandit attack on police officers has left one dead and another nursing serious injuries as per the reports that we have with us this evening.

The motive of the bandit attack on the police officers has not yet been established as per the reports emanating from Marsabit County.

The attack on the police officer that has been killed, and his colleague injured is said to have happened at a place that is known as Qubi Qallo area in Saku, Marsabit County. 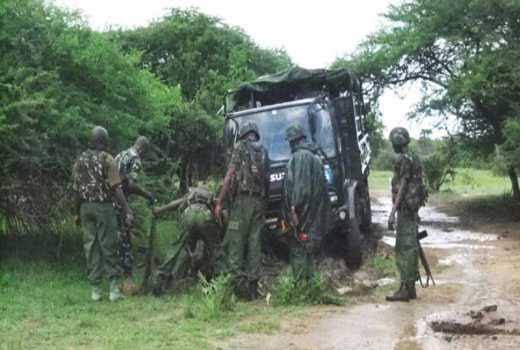 Today's Top Analysis and Match Previews to Bank on Highly