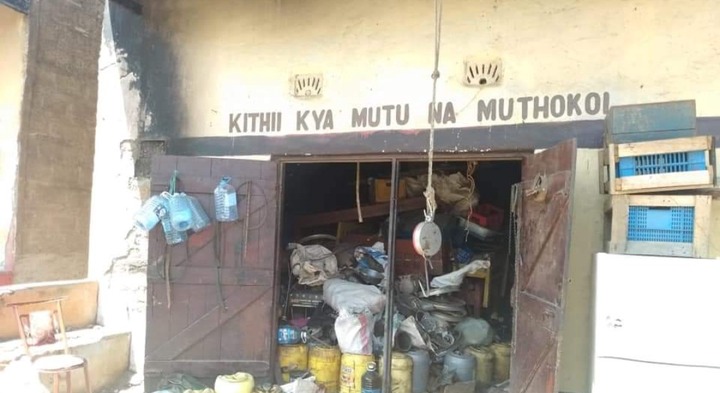 DCI Detectives have finally nabbed the notorious Suspect who allegedly vandalized the Railway Gauge blocks along the SGR line that caused the unnecessary delays and also missed travels by Commuters on Monday, after His usual hiding tactics was outsmarted by the sleuths.

The Man, called Michael Nyembi was apprehended earlier today while engaging in His normal activities in His scrap store in Mtito Andei together with a Lorry Driver named Nicodemus Kyove as He was trying to pack them inside a White Canter Lorry, in a bid to transport it to other Big markets where He could get much profits. 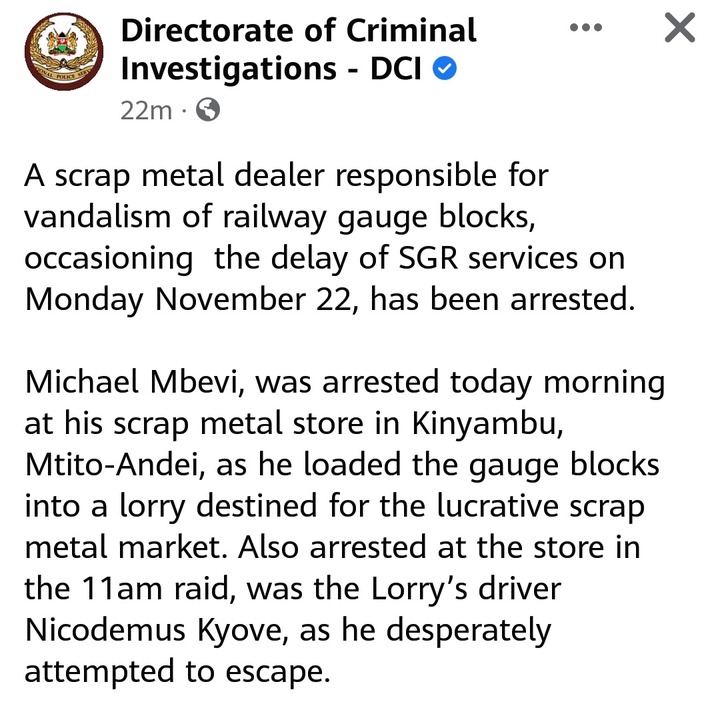 This ambush followed information that was supplied to the DCI together with the Railway Police Officers who who in turn did their silent moves, and caught the unaware suspects in the act.

According to DCI, the vandalized spot which made the Railway Driver Halt the transport services for close to two Hours, led to the commencement of the deep investigation after the Railway Engineers and the Patrol Police embarked in the restoration of the line. 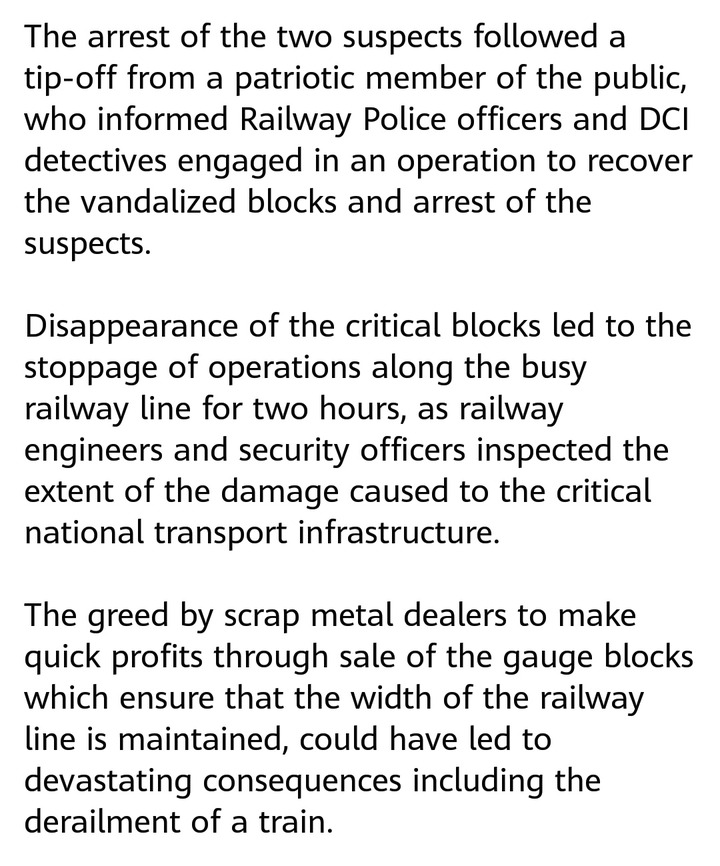 The Investigative body also revealed that the two will be availed in Court and charges with the Sabotaging of the Economy by causing the unnecessary delays, endangering of lives since the Train could have lost control and derailed leading to death. Other charges will also be terrorism related since they committed the act with aim of harming the public and being less responsible. 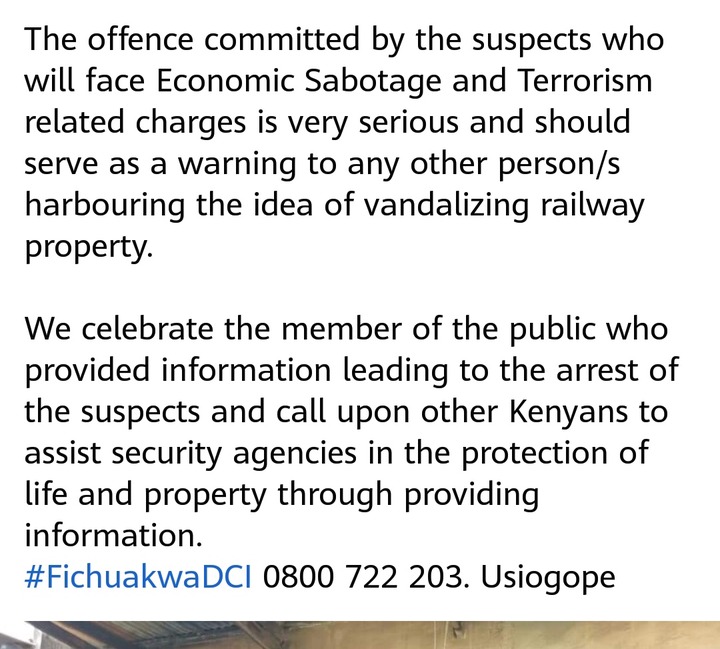 Reports had it yesterday that there was a syndicate that was operating within the location, while inviting outsiders who were used to ferry the heavy metals that is considered of High prices. This prompted the Police to start the process of Investigations due to the serious crimes.

The Passenger train had to stop in Mtito Andei during the day, something that was devastating to Kenyans who had resorted to use the means.

President Uhuru Kenyatta during His addresses on several occasions especially while in Mombasa had encouraged the Public to be each other's keeper and report any information about the distortion of any of the Rail properties due to the earlier circumstances on the old railways in Kenya.