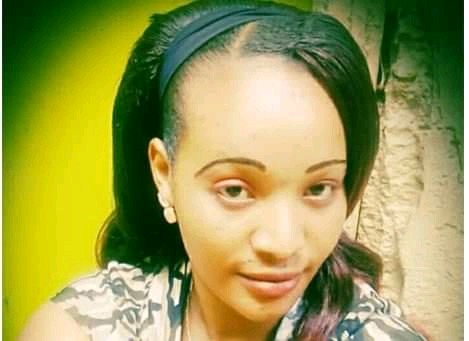 A 34-year-old Woman whose name is not mentioned was stabbed to death by her boyfriend within Maziwa-Kahawa west in Nairobi County after the two had differed over her scheduled trip to Qatar where she had secured a job. 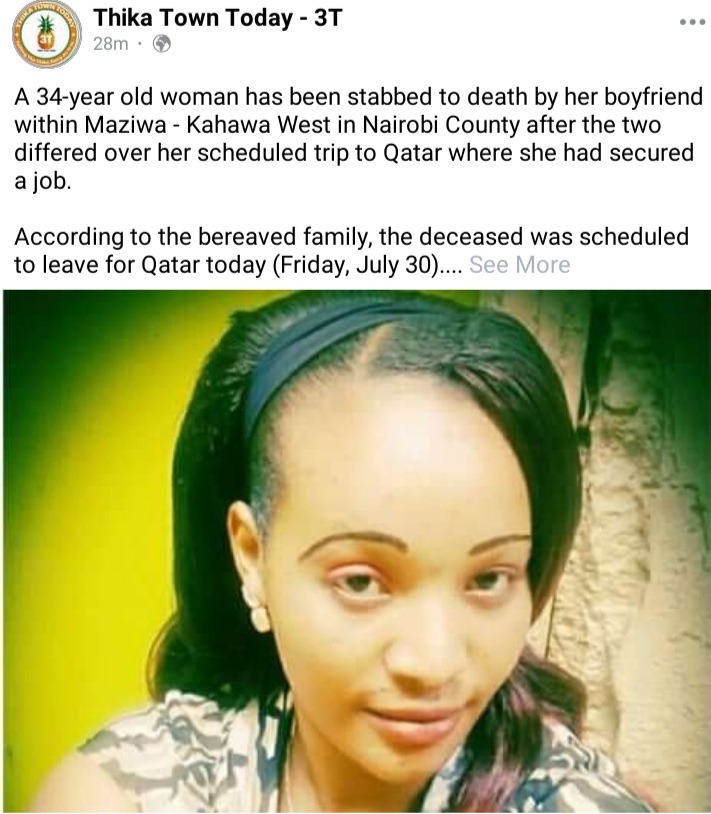 According to the credible source, the family of the deceased the late was supposed to leave for Qatar today (Friday, July 30th).Now the family and members of public are suspecting that the killer who is claimed to be the boyfriend of the late,denied the late to travel as it was scheduled after which she insisted, leading to her death. 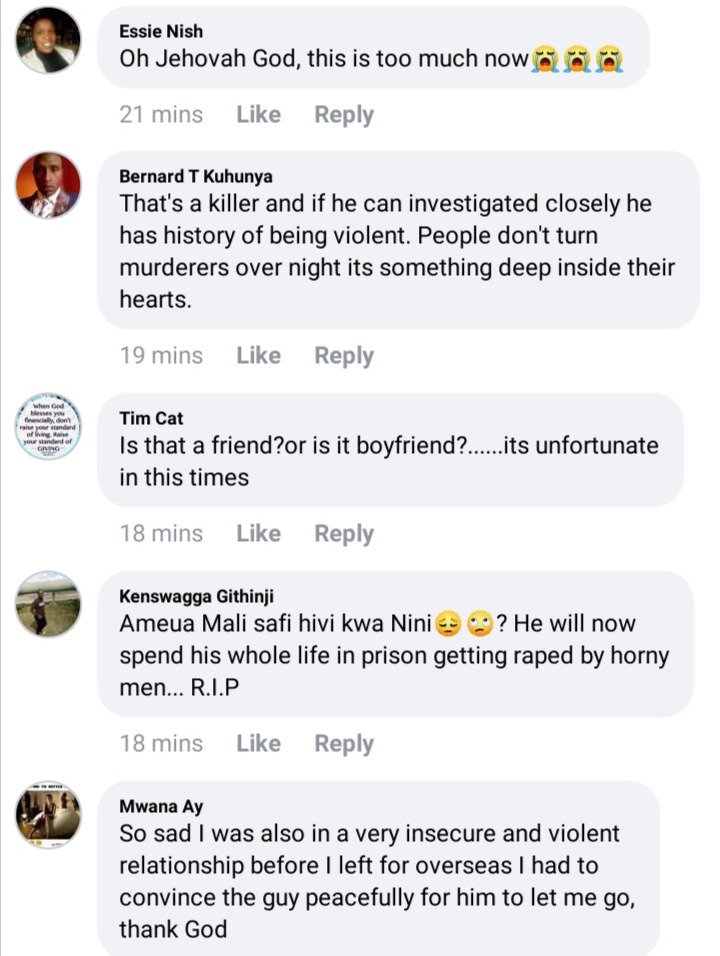 The said killer after discovering that he had killed his lover decided to disappear, leaving her body in the room.The family of the late who had to escort her to the airstrip were shocked to discover the body of their beloved one lying down lifeless.They couldn't hold tears of regrets and mourning wishing that they spend the night with their late daughter. 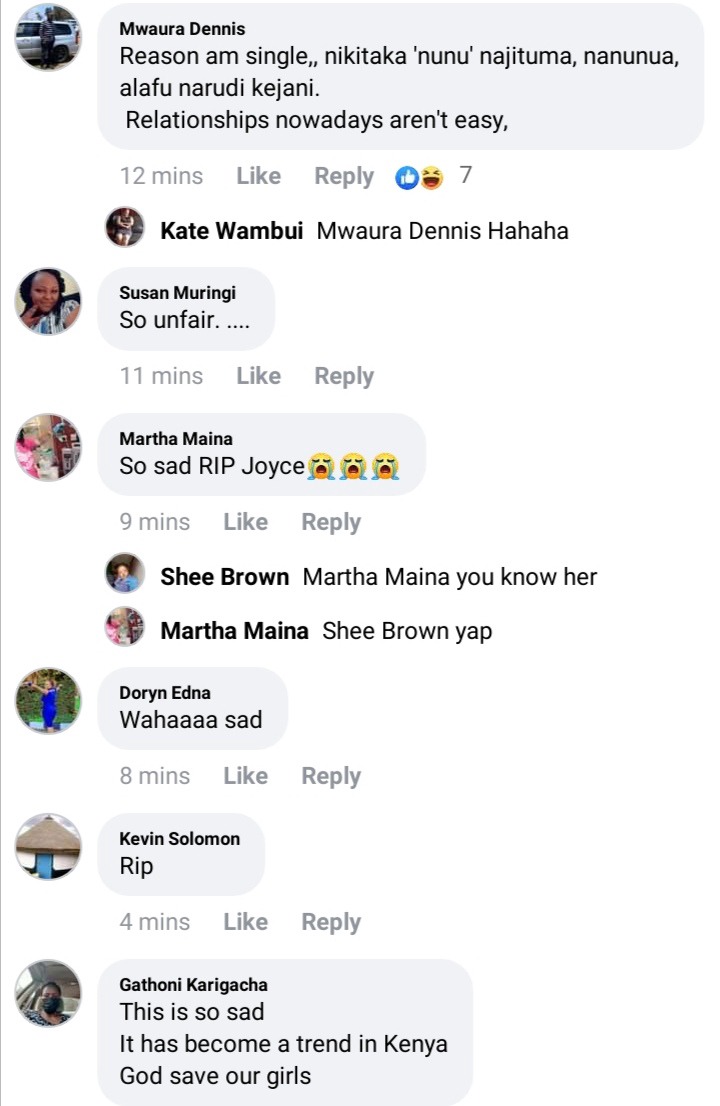 Now the investigation has been opened following the killer whose name is not mentioned.The killer has disappeared leaving many in talks wondering what might be the reason as to why he killed his partner.The police officer who reached the area of the incident has advised all ladies to be keen while choosing partner to avoid such incidents.

"People Call us Witch, No One Wants to Marry us Because of Our Strange Condition" Lady Painfully Says

New Songs That Eric Wainaina Has Released So Far In 2021