Incidents of robbery in the country have been on the rise in the recent past with the government unsure of how to to about stopping these cases that have seen people lose their property and in some cases, their lives. 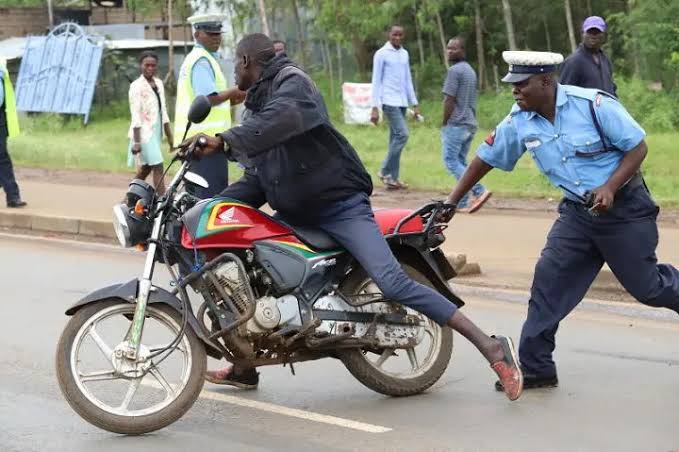 The Directorate of Criminal Investigations has been at the forefront of asking Kenyans to always be careful to avoid such scenes that lead to loss of property or life.

This afternoon, according to reliable reports from the Daily Nation Newspaper, an armed thug is said to have robbed a Bodaboda operator of his motorbike as well as mobile phone.

The man is said to have posed as a customer before he made away with the motorbike and his phone in Gigiri in Nairobi County as per the reports from the area.

One Kennedy Ochieng was arrested by DCI detectives after the motorbike and the phone were tracked by the authorities and he was taken into custody as per the reports.

The Bodaboda is said to have been stolen from one man who is known as Joshua Mwasi who operates from Nairobi Town.

He is said to have lost the bike as they got to Gigiri and the assailant took out a knife which he threatened to stab him with if he did not comply. 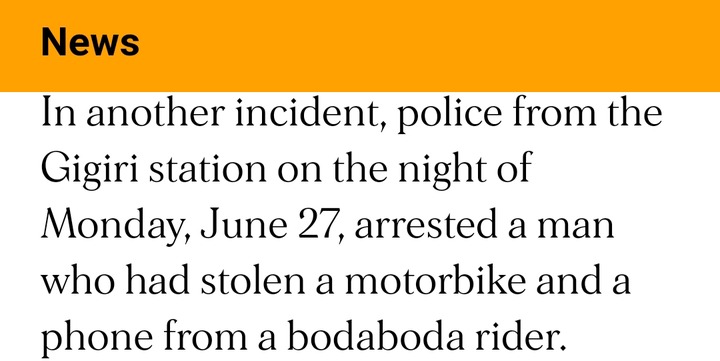 Night Tragedy After a 4-Storey Building Collapses, Unknown Number of people Trapped Inside

How To Prevent Rats From Eating Your Vehicle's Wires.

Breaking;Several Feared Dead and Others Fighting For Their Lives after Being Involved in An Accident

JUST IN: Seven Dead in Grisly Road Accident While On Their Way to Celebrate Election Victory

Just In :Several Feared Dead After a Building Collapses in Mwiki, Kasarani