A deadly accident along Mount Kilimanjaro has reportedly claimed the life of 10 passengers leaving 12 other nursing serious injuries in an accident which involved two public service vehicles that allegedly collided due to a tyre burst. 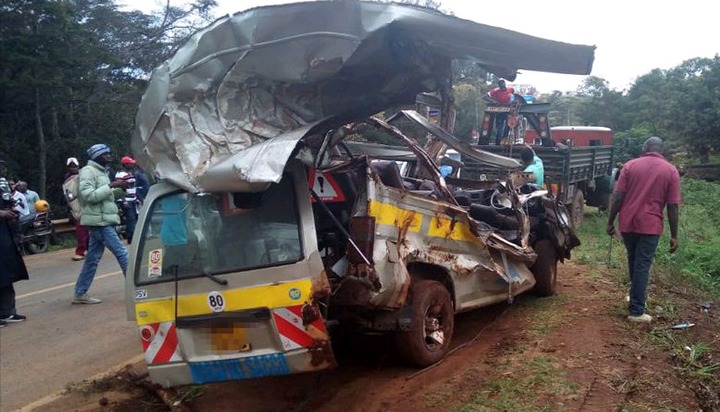 According to the reports given by a reliable source of information, it has been reported that the accident occurred after one of the public service vehicles that was heading to the other direction had a tryre burst which made its driver loose control of the vehicle.

This was followed by a deadly accident after the vehicle collided with another public service vehicle that is said to have been overspeeding while coming from the opposite direction in a deadly accident that took the lives of 10 passengers who allegedly died on the spot.

Further reports revealed that 12 other passengers were left nursing different degrees of injuries due to the impact of the collision between the two vehicles ln a deadly scene where 5 of the survivors, were immediately rushed to the nearest hospital where they are currently receiving medical treatment in the intensive care unit.

The accident has since sparked alot of mixed reactions from Kenyans and Tanzanians who seemed to have been confused on why there was an increasing number of accident related deaths in the past few months.

With a section of them blaming the government due to poorly constructed roads, others went ahead and called upon all road users to always make sure they follow all the traffic rules and regulations set by the ministry of transport in order to reduce the number of accidents in the country. 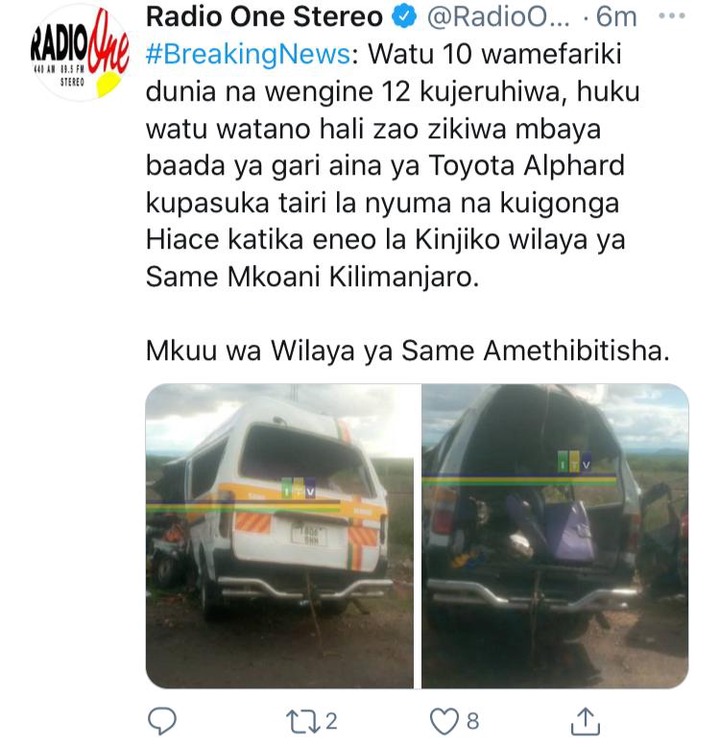 "Eric We Are Done With You" Eric Omondi Takes His Adverts To Another Level Exciting Kenyans.