By ShikishaNewz (self media writer) | 4 months ago

The farmhand to to the Gatanga Lady who killed her two kids and killed herself has revealed the things the deceased did minutes before she committed the heinous act. 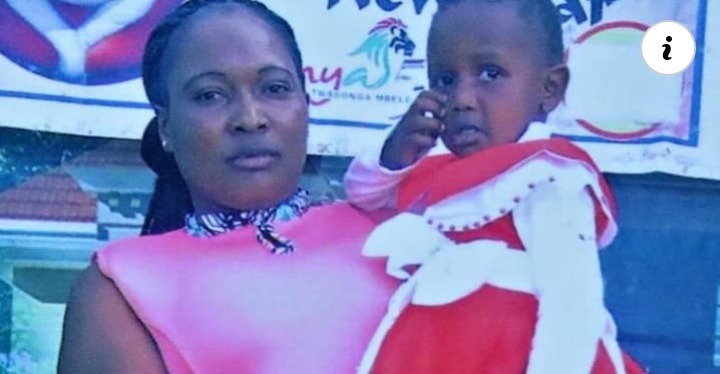 According to the farmhand, the deceased by the name Mary Mulombe woke up very early on this fateful day and started sweeping her compound.

She never attended church on that particular day. She order a heart-shaped cake from a local vender and a bunch of flowers which were bought together with the cake.

The farmhand by the name Nzioki claims that she even invited him to have the cake but he first asked her whose birthday it was and she told him that her kids demanded to have a cake and that were the last words he heard from her.

According to the deceased's mother inlaw, whe she arrived at the scene, the deceased's first daughter was still alive but in soo much pain and she only called her grandmother three times and died.

It was already too late and she could not save her life. She claims that was the last words she heard from her granddaughter before she died.

The police are still investigating on the incident where they suspect the deceased used an insecticide to poison her kids before hanging herself. 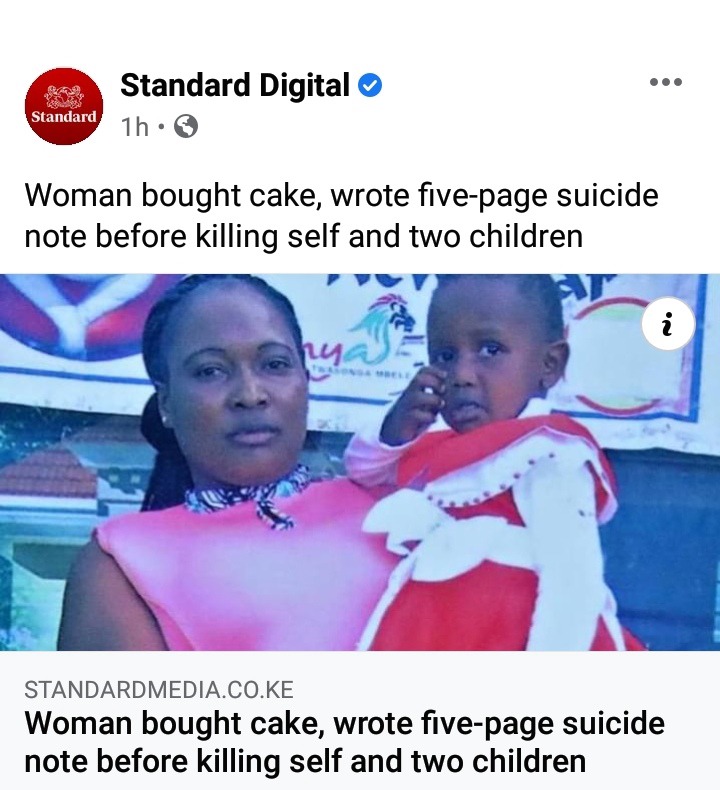