The National Police Service has apprehended two matatu conductors and a driver whose dangerous gymnastics antics were captured on a video clip that has since gone viral on social media.

At 1:00 pm on Monday the police posted on their Twitter account news of the arrest of the three dangerous road users: "Following a video that went viral on social media depicting two bus conductors dangerously displaying acrobatic antics on a moving public service vehicle, we wish to inform the public that the suspects including the bus driver have since been arrested and are in custody pending arraignment on various traffic violations."

The tweet further stated that: "The National Police Service condemns such reckless and irresponsible conduct by the bus crew that exposed passengers and other road users to danger. Such conduct will not be condoned and stern action will be taken". 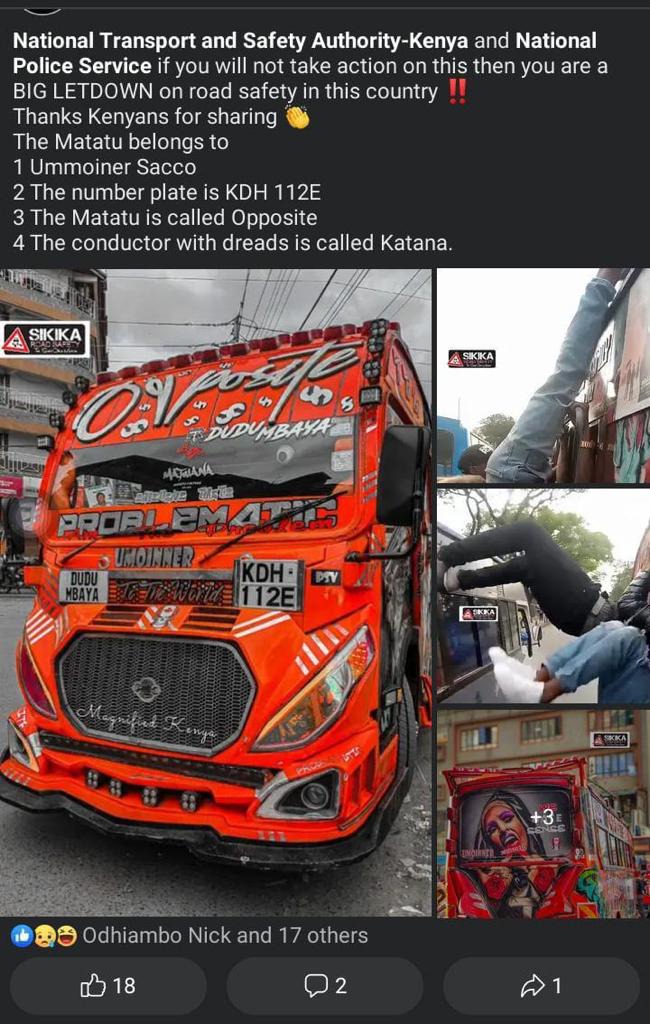 The police thanked the public for providing information that led to the arrest of the trio whose antics posed great danger to other road users. 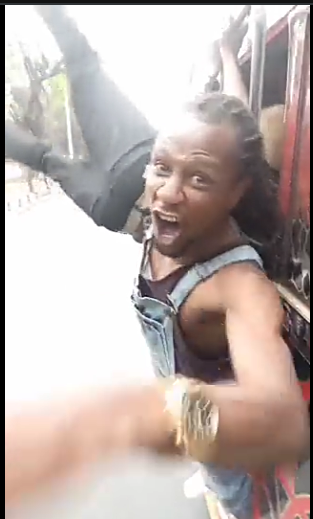 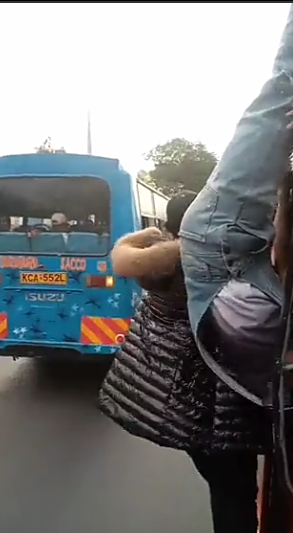 Sakaja Makes an Announcement on The Upcoming Nairobi Festival

Kenyans Rush to Scramble Over Wheat Flour After An Accident

Why Your Phone Will Help You Achieve Success

Meet Kenyan Billionaire Behind Nice And Lovely Company, He Started By Hawking Perfumes In Kariobangi