Man Sneaks Into a Girl's Room at Night, Drags Her Into The Toilet Where he Forcefully Slept With Her

By Trendingnewster (self media writer) | 20 days ago

Locals from Botwa village, Cherengany constituency in Trans Nzoia county are living in panic after a suspect who forcefully slept with minors and was arrested, ran away from the police custody where he was caged.

After hearing the incident, the villagers decided to hold peaceful demonstrations in the locality for about 3 hours, they did this to make the police officers work in haste in finding the suspect whose whereabouts are at bay.

The suspect who was identified as Stephen Wekesa, a man who is currently in his middle twenties and also a man with a family is said to have forcefully slept with two young girls then threatened them with their life. According to the locals, one of the girls the man defiled, is a class-seven pupil at Botwa Sabani Primary School and is currently expectant since the man slept with her without any protection.

Wekesa is said to have been arrested by the irate mob on Thursday, 30th September 2021 while he was at Kapchesir Trading center, after being given a slight beating, the man was taken in the hands of the men in blue at Nyakinywa police post. The locals were later left in shock after they heard that evening that the man that they had arrested ran away from Kitale County Referral Hospital where he was receiving medication. It was however said that he made away under unclear circumstances.

According to the mother of one of the victims, Doreen Machimbo, she had left her place at night to go and attend a night vigil of one of her loved ones. Knowing she was away, the man sneaked into the girl's room, dragged her into the toilet where he forcefully slept with her then ran away. As if that was over, the man also threatened to kill the girl if she revealed it to anyone, he also promised to be always preying on her.

The man was also walking around with a machete threatening anyone who could confront him of his acts. The girl is currently traumatized after the act since it's still fresh in her mind. 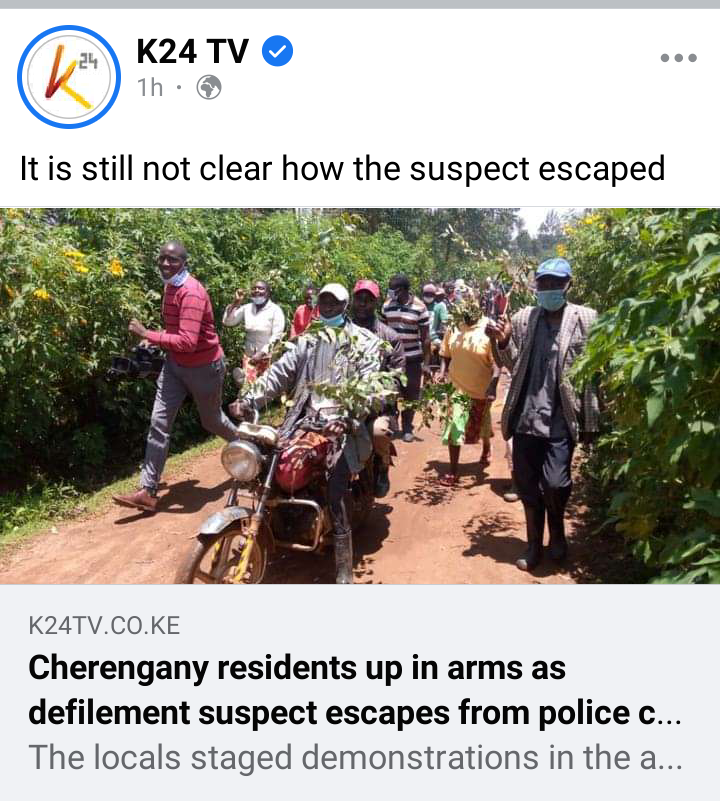 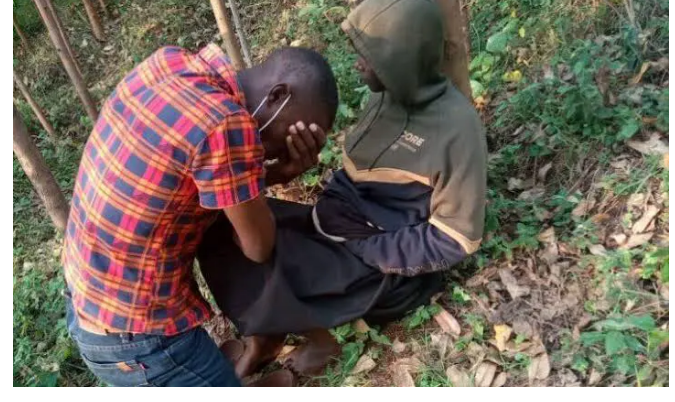