A commercial sex worker has landed herself in trouble for allegedly stealing an expensive phone from her client in the streets of Nairobi. 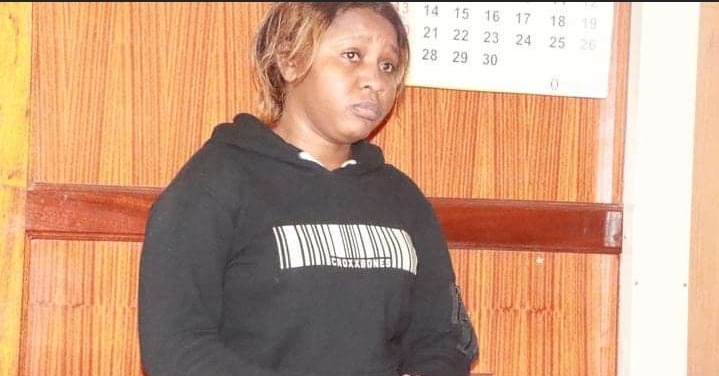 Jane Kirigo Nderitu, is said to have robbed Joshua Mawira, on Thursday 3rd November when the later had just arrived in Nairobi.

While appearing in court, Joshua said that he arrived in Nairobi from Eldoret and proceeded to his relative in Koja area where he was to spend the night. On arrival, he found that the single room his relative was living with his wife was too small to accommodate him.

He decided to look for a guest house to spend the night. When he arrived at Latema road at night, he was approached by Jane who started caressing and hugging him in an indecent manner. Moments later, Jane's friend joined in caressing Joshua. Jane took Joshua's phone and passed it over to her friend as the victim was being pleasured.

Jane asked Joshua if he wanted to spend the night with her and before he could make a decision, he realised that his phone was missing. Jane refused taking the phone and started walking away.

Joshua started chasing Jane until the suspect was arrested by police officers who were patrolling in the area.

Jane was arrested for stealing the Tecno Camon 15 valued at Ksh 15,000. Jane denied the charges at the Milimani Law Court and was released on a bond of Ksh 50,000 or an alternative cash bail of Ksh 20,000. 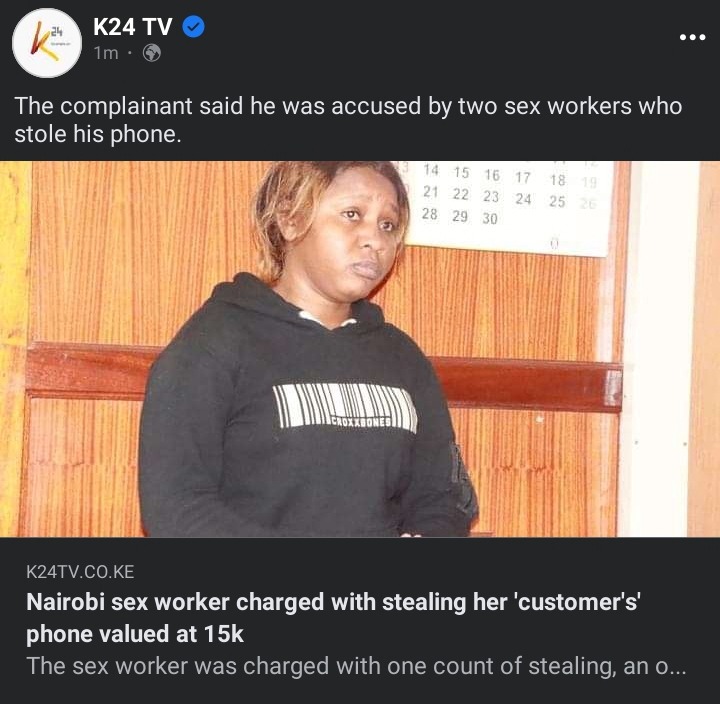