An MP And Police Inspector Implicated In Bullet-Selling Racket 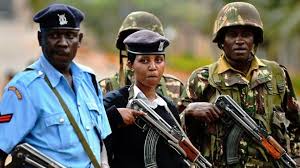 The kenyan police officers are mandated Constitutionally to protect lives of kenyans together with their Properties.

Cases of armed bandits and thugs terrorizing kenyans have been happening as Kenyans remain wondering how the thugs access the weapons they use in Killing innocent people.

Nevertheless, the impounding of a car in Nairobi recently with several bullets believed to come from embakasi police training has helped lift a lid on the smuggling of weapons that has been going on.

According to people daily, the bullets were allegedly on transit to some of the troubled regions like isiolo, marsabit and Nanyuki.

The main suspect police inspector David Opiyo will today appear before makadara court to answer charges of being in possession of ammunitions Without authority, stealing government property among other charges.

Through the arrest of Opiyo, the police have unveiled a bullet-selling racket within the GSU training School embakasi involving rogue Officers in the institution.

A member of Parliament from isiolo is also on the rader of detectives after it emerged that he was scheduled to receive some bullets.

Opiyo's car was found parked near a garage full of bullets with himself having left in a hurry after a tip-off that he was on police rader. He later on claimed that he was hijacked by bad pepeople

According to people daily, detectives are trying to establish the link between the racket and the mysterious death of GSU police Officers attached or Linked to the training institution.

Kenyans will hold their fingers crossed as they wait to see the direction this sensitive matter will take.

What do you think should be done to weed out the police force of rogue Officers who collude with thugs to harass and kill innocent lives? Feel free to share your thoughts and comments on this on our comments platform 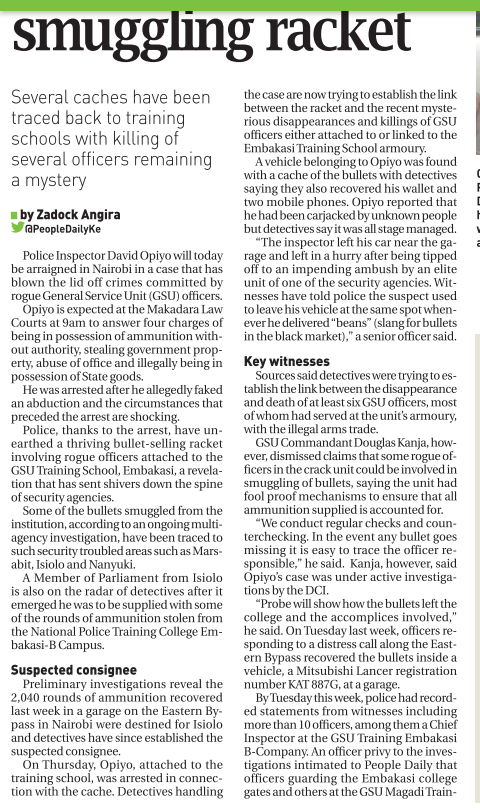