Pain of loosing motorcycles by riders to robbers

By Joeblessing (self media writer) | 19 days ago 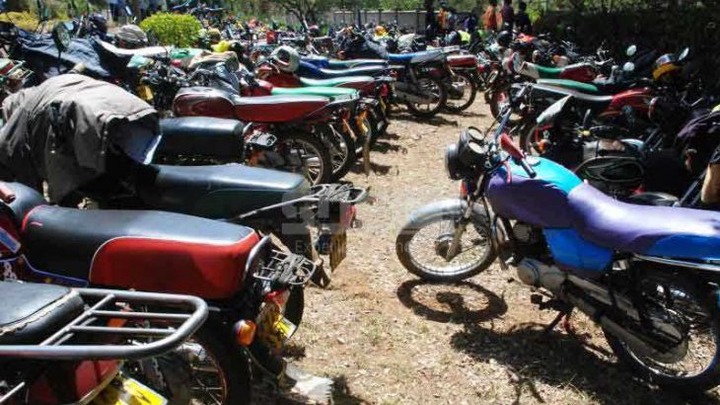 It is now clear that the stealing of motor bikes is a well planned event with many connections until tracing them is a nightmare.The police have raised alarm over the number of cases being reported about stolen motor bikes that end up not being found again.The robbers are highly trained since they plug out the tracker within a few minutes after stealing the bikes.

The merciless robbers are ready to even kill the riders.They first appear like customers who are traveling and mainly appear at night where they later attack the rider and make away with the motorcycle.This is happening especially to riders who own motorcycles bought on loan where they are casualties of death in the end of not left nursing serious injuries.

The cry of the victims has made the government stage a crack down where they numbed two lorries in Nakuru fully loaded with motorcycles which were not assembled Detectives say that the motorcycles were believed to bypass Moyale on their way to neighbouring Ethiopia for sale.The chairperson of Boda Boda operators in Kenya said that since there are strict procedures in Ethiopia like in Kenya,the robbers find it easy to sell the motorcycle and later come back to the country and continue stealing.

The recovery of a motorbike in Ukambani has shown that the government is now ready to fight against this vice which is against the progress of the Youth.The industry is dominated by young people who have a promising future but the killings have now surpassed and fear has engulfed them.

The group in danger is the one buying bikes on hire purchase. It is suspected that there is connection between the robbers and the companies since these are the only bikes disappearing.The tension is now real and the government has no option but to take the bull by its horns.

Five Warnings and Restrictions that Kenyans Never Adhered to

Ruto Responds to Youths Who Stoned His Motorcade, Reveals What He Would Do if Elected