Judge Chitembwe gets Emotional, Sheds Tears During Vetting After Being Reminded of a Painful Memory 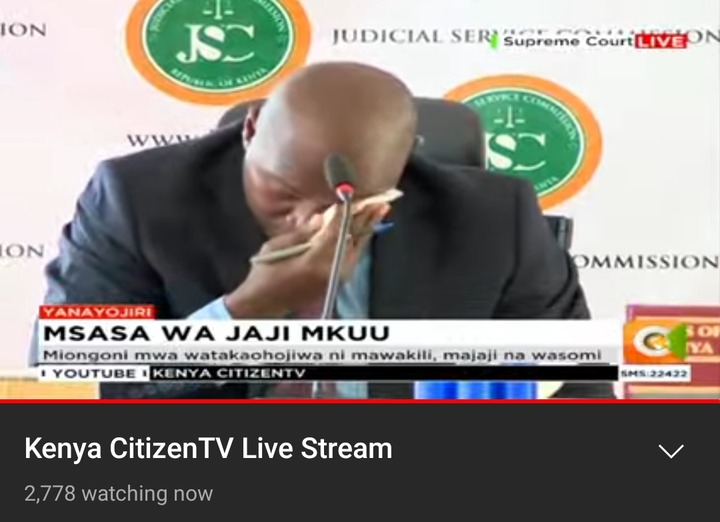 While High Court Judge Said Chitembwe was being interviewed, it reached a point where he got emotional and shed tears.

It had to take the intervention of the chairperson Professor Olive Mugenda to request him to compose himself and continue.

"Take your time my lord,"Professor Mugenda said when she notices that the judge had gotten emotional over a question one of the commissioners had asked him. The question that made the judge emotional was asked by Commissioner Olwande who had asked about the issue of experience and being on the receiving end after having been once charged in Anti-Corruption case.

A judiciary official also was ready to hand him the serviettes in order to go ahead and compose himself.

Chitembwe had been temporarily suspended from the Judiciary after being charged with conspiracy to defraud NSSF Sh1.7 billion, but was reinstated in 2011 after the anti-corruption court cleared him for lack of evidence.

This was after acting CJ Philomena Mwilu asked Chitembwe what he was going to fix when appointed.