The mysterious death of a 17 year old boy who is reported to have died under unclear circumstances after he and his colleagues sneaked into a Girl's school in Kiambu has been the latest case of deaths in Kenyan schools. 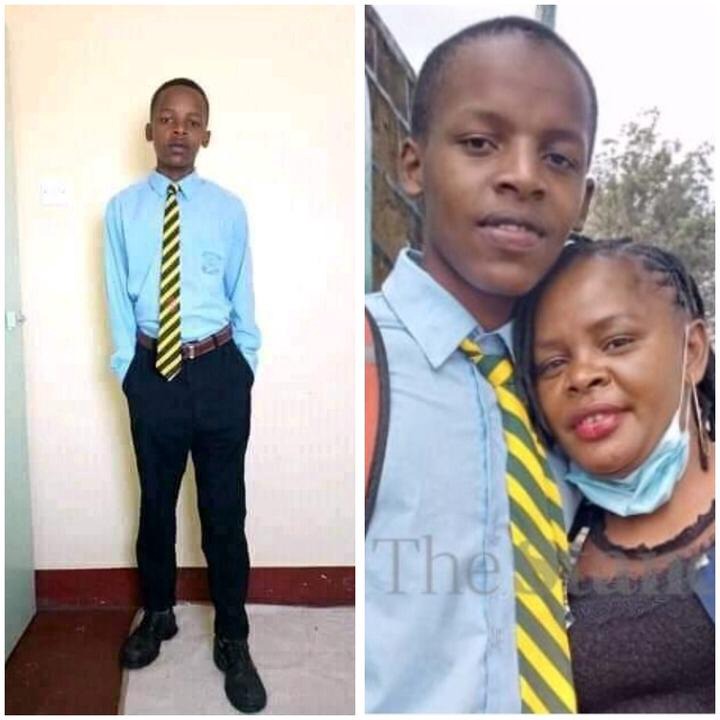 The deceased who has been identified as Brian had allegedly sneaked into a Girl's High school in Kiambu before he was allegedly found dead under unclear circumstances. According to the reports given by the school management, they claimed that the deceased jumped from a building after which he died due to his injuries.

However, according to the reports given by government Pathologist who conducted a postmortem service on the body of the deceased, he claimed that the deceased deceased died due to a force that had been inflicted on him by a blunt object. At the same time, the mother of the deceased called upon the inspector General of police, Hillary Mutyambai wanting him to look into it.

In an incident that has left Alot of kenyans with Alot of questions, it has been revealed that the deceased was in a group of 5 boys who allegedly sneaked into a Girl's High school for unknown reasons. However, they were Busted after which the others escaped leaving the deceased who later died in hospital.

According to the latest news on the incident, it has been revealed that two boys have allegedly been taken in for questioning by a group of detectives from the director of criminal investigations who are still trying to Uncover the Boy's mysterious death.

While reacting to this incident, agents from the directorate of criminal investigations have revealed that they are currently searching for the five boys who had allegedly accompanied the deceased to the school where he was murdered in, in order to find out what happened. 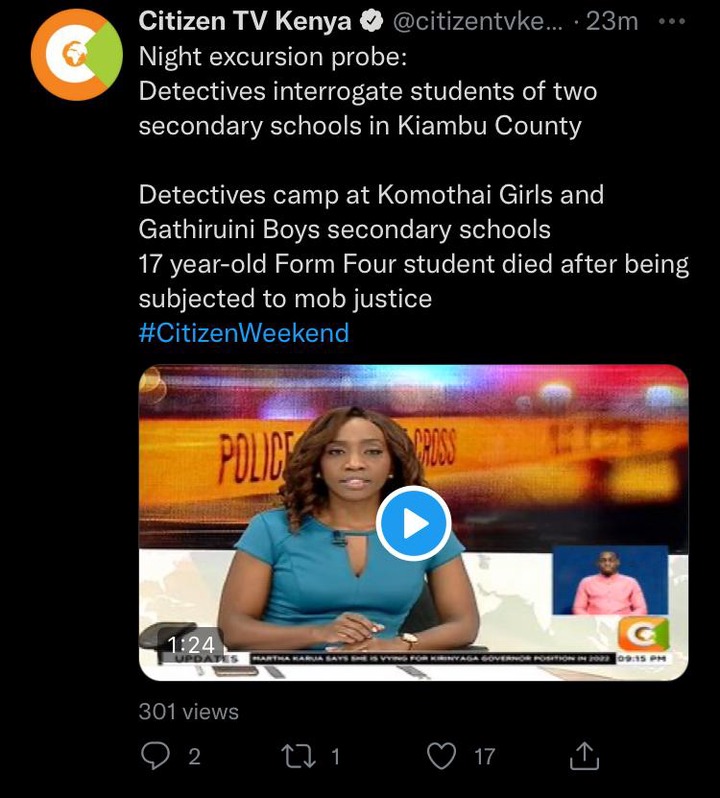