Police officers from Kiambu have arrested a man or rather a suspect who allegedly broke out of prison on the evening of June 22nd at around 6:30 pm. 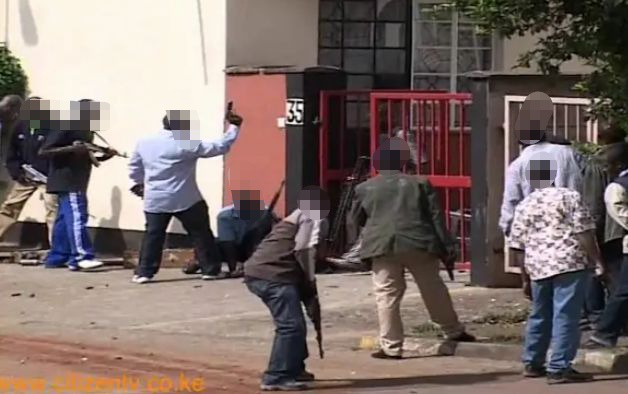 John Muturi Keneya who is also referred to as Francis Limo Ngugi who had been charged with multiple crimes such as murder, attempted murder and along with numerous cases of rape allegedly Sneaked out of his cell while the police weren't watching after which he allegedly disappeared into the darkness.

His escape prompted the police to conduct a Manhunt knowing that he was not fit in the society due to his crime history. However, after 5 months of searching, it has been revealed that the resident of Kiambaa who allegedly slept with several women was arrested by the police who received an alert from one of their sources.

Ngugi was later Busted or rather fished out of his hideouts by armed police officers who later took him back to the police station for more investigation and questioning over the. According to the reports given by the police, they revealed that the suspect who is currently being held accountable for the death of his wife is the prime suspect in this case.

According to the reports given by the police, it has been revealed that Ngugi was arrested a few years ago after the body of his wife was found in her house in unclear circumstances. The deceased had been stabbed to death a day after the suspect was seen Roaming around the region.

This is happening at the same time when the Prison Police Boss has revealed that he is going to make sure that he the increasing cases of prison break especially after an incident that happened in Kamiti where three terror suspects Reportedly succeeded in breaking out of jail.

Meet The 14 Year-old Armed Boy Who Exchanged With Natembeya, He Is Now Back To School.

RIP: Tears After a Renowned Activist Who Was Stabbed To Death At a Funeral is Laid to Rest

Tonight Prayer and Bible Verses to Help You Sleep Well

Pastor Who Was Sacked For Separating With His Wife Rainstated By The Force Of Church Members.