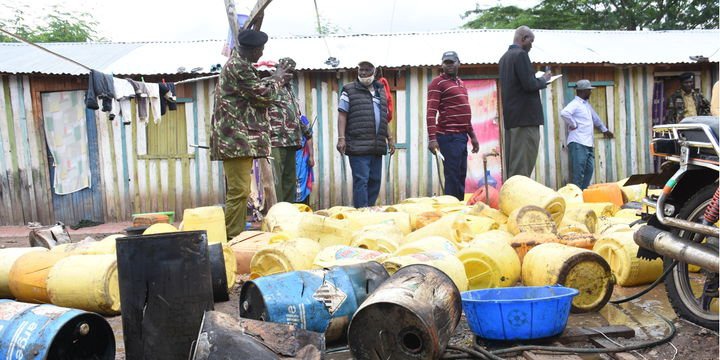 The revelation was made during a raid on illicit brew dens in Bulapesa ward in Isiolo county. The raid was headed by the Deputy County Commissioner, Kepha Marube. At a club called "God's Power" cans of the ARVs, painkillers as well as high blood pressure drugs were found. Two people drinking at the pub were arrested and 3000 litres of alcohol destroyed.

The most common fermentation agents in local brews are dry cells, methanol and lead acid but for them they use formalin used to preserve dead bodies and other chemicals to speed the process.

"We are shocked because we have only been witnessing cases of brewers putting strange objects such as dead rats and women's inner garments in the liquor besides other hard drugs such as cocaine," one resident by the name Wario said.

The county commissioner warned the people against consuming drinks that are unregulated as they are toxic to them. Follow the page for more news updates daily. Don't forget to like and share.

Two Students Arrested After Beating Up Their Teacher

Most protected presidents in Africa 2022

'Niwekeni Cell' Man Pleads With The Police To Arrest Him Due To Lack Of Place To Sleep.