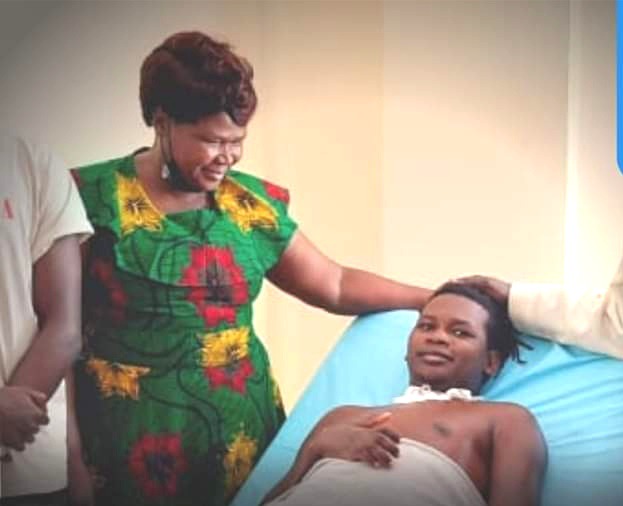 Last evening Kenyans were treated to some sad news that Dj Evolve's Mum had passed away after a sudden illness.

According to sources, Mary Hongo, 54, collapsed and died at her business Kasarani in Nairobi yesterday evening.

According to Caroline Ouma, (Mama Evolve's close friend), she was walking by her shop when she saw her collapse.

"She fell collapsed and called out my name in pain inside her shop, she said.

Carol rushed to the scene and reportedly helped Mama Evolve to sit down.

" I gave her water which she could not swallow, she was still complaining of abdominal pains and difficulties in breathing, she said.

Minutes later Caroline said Evolve's mum requested that she prays for her before they went to the hospital. 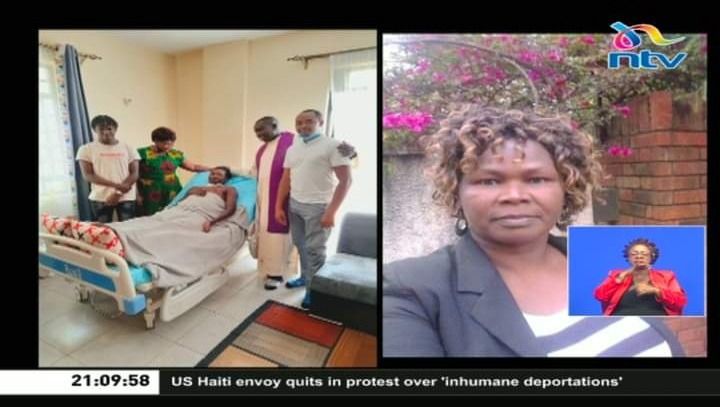 They walked slowly, (since she could not walk fast and never wanted to ride on a Bodaboda) till they made it to the hospital.

She had previously complained of abdominal pain and threw up several times before she completely went mute at the facility, she said.

The doctors at the lakisama hospital assured them she would be okay but her family decided to transfer her to Mama Lucy where she was reported dead on arrival.

Her family, led by Evolve's dad Mr. Orinda has requested the media and Kenyans to let them mourn in peace as a postmortem to the late is conducted to establish what led to her untimely death.

Evolve is reported to have fainted after he received the shocking news of his mum's death. 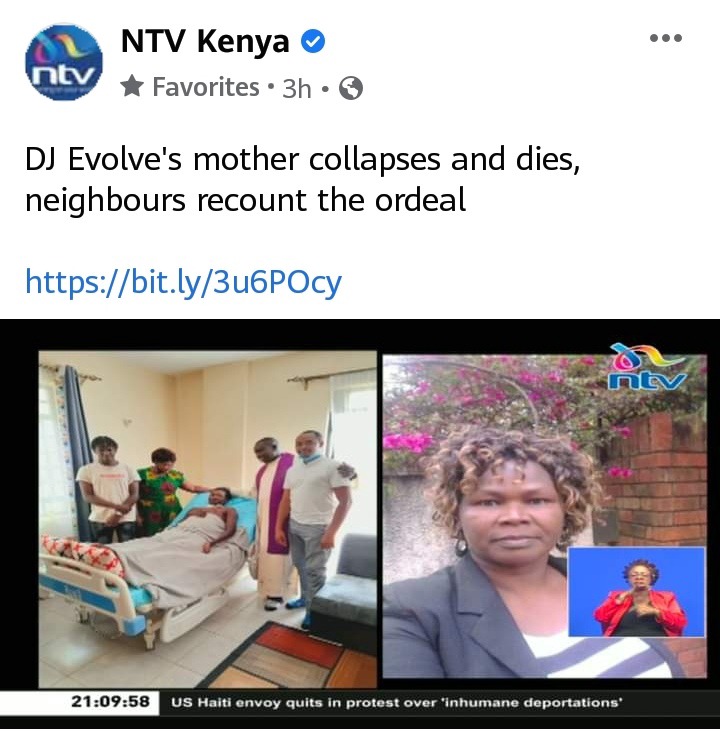