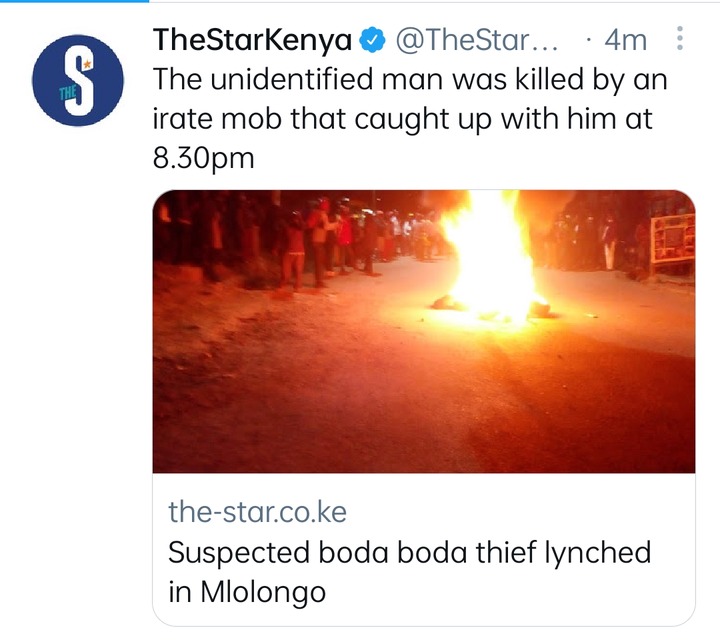 A suspected motorbike thief was lynched by an angry mob on Thursday night in a move that has raised questions on whether it is right fur kenyans to take the law into their own hands.

The unidentified man was killed by an irate mob that caught up with him at 8.30pm, following a failed attempt to steal a motorbike in the area. His body was set ablaze.

Assistant county commissioner Dennis Ongaga said the deceased part of a gang suspected to be behind a spate of killings and motorbikes theft in Mlolongo, Syokimau, Katani and Joska. 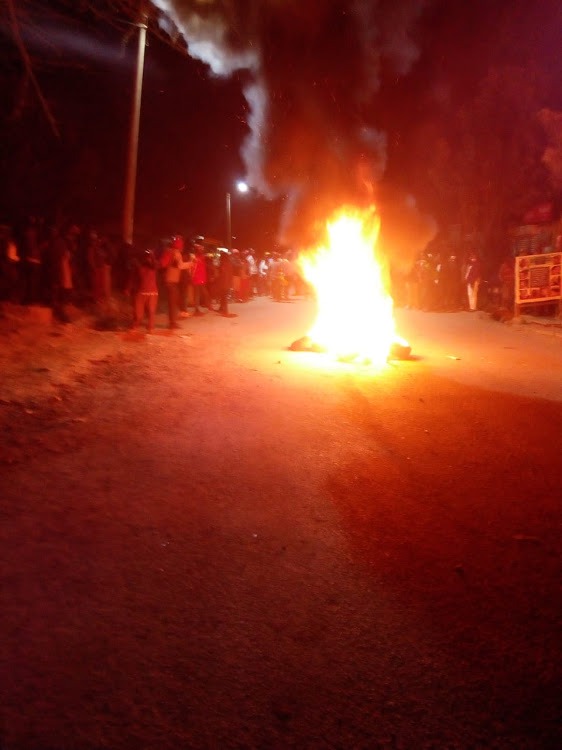 Even as residents defend their actions of trying to give justice through their own ways that they know best, Kenyans have been told to avoid taking the law in their own hands.

Most of them have argued that they do this because police officers do not at times do the due diligence since they end up releasing criminals who have been taken to them.

Others have blamed the corruption among officers as the main reason as to why those suspected of engaging in criminal activities end up being released even without being taken to court.

While everyone is happy with the 700,000 jobs for boda boda operators and nearly 200,000 motorcycle repair accessories’ shops as well as motorcycle repair jobs created, the fast-rising motorcycle-related deaths of riders and pillion passengers erode the gains made, so far.

Forget About Moses Kuria, This is the Preferred Running Mate by Dp Ruto in 2022-Opinion