Detectives Arrest Four People After They Were Caught Stealing Steel Rods Worth 1.8m From A Lorry

By HandsomeBoy01 (self media writer) | 3 months ago

Detectives in Kendu Bay have arrested four people who were caught stealing from a lorry loaded with steel rods worth 1.8 million. The lorry had been dispatched from a steel company in Kisumu to make a delivery in Kisii. However, on reaching Oyugis it diverted from the designated route to Kendu Bay route. 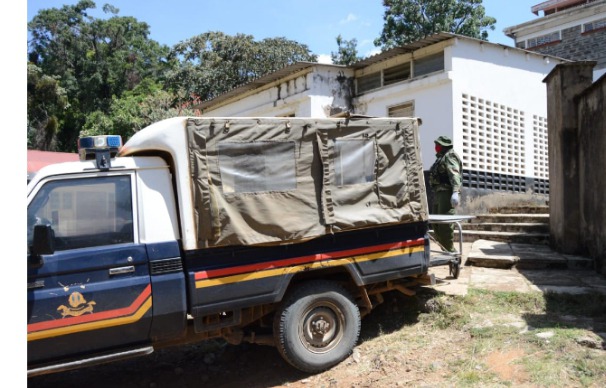 This prompted the director of the company who was monitoring it to alert police based in Kendu Bay. The police acted immediately and pursued the lorry. They caught up with it in Rakwaro Kamwala where it had stopped and the metal rods were being offloaded. On seeing the police officers, one of the thugs dressed in police uniform fired the police and disappeared into the bushes towards the shores of lake Victoria. The remaining thugs were arrested and accompanied the police officers to the station for questioning. A police certificate of appointment, ID card and a national health insurance card were recovered at the scene. Police are still investigating whether the documents are authentic and whether they could be linked to the suspect who fled the scene. From https://www.facebook.com/254903014712426/posts/1642579659278081/?app=fbl