A Middle Aged man has been killed in Kamagut area in Eldoret, following a tough disagreement between the two, in what was termed as an Alleged plot by one of them to get His friend sacked from His employment area that He has been holding for sometime now.

Peter Ekai, aged 30 Met His ultimate death, after their exchange of words turned into a fight and overcome empowered by a 26 year old suspect identified as Elphas Kipkoech, while they had been engaged in a drinking activity, that saw them operate with little care. 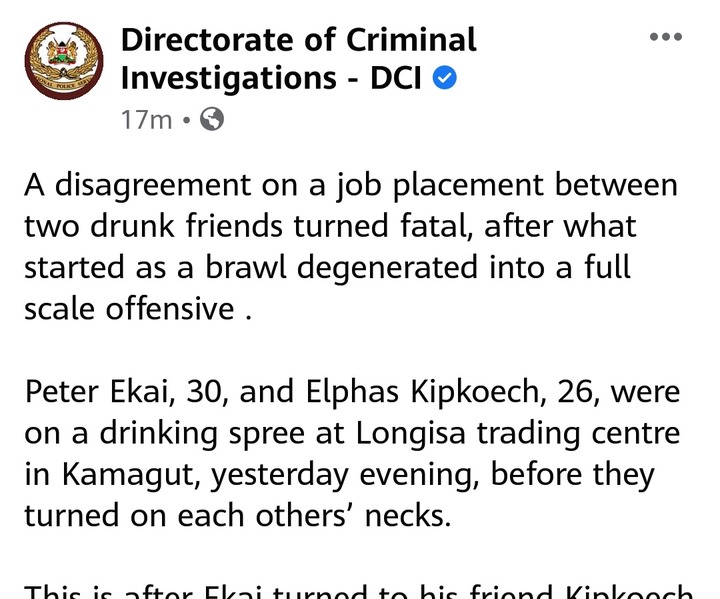 Ekai who had been an employee at a Security Agency in Eldoret was fired under unclear circumstances, and later turned to blame Kipkoech for allegedly being the mastermind behind His sacking, so that He can be a better replacement for Him, according to some sources that the deseased said He got the information from. 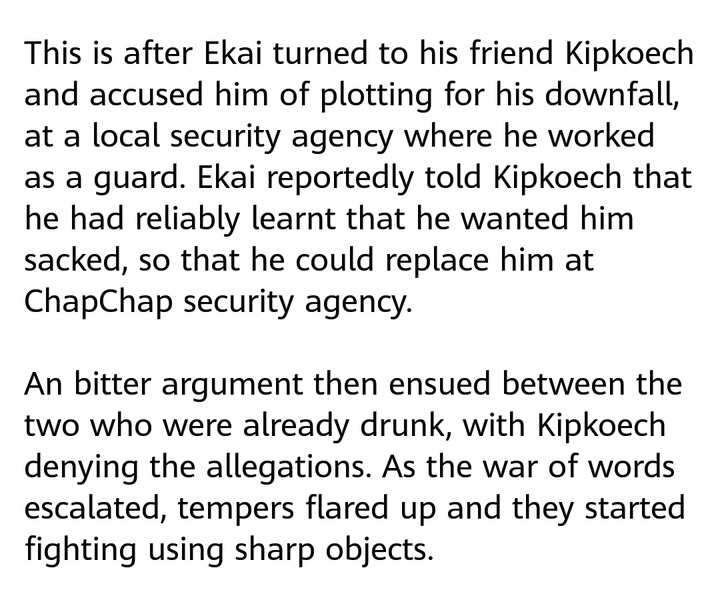 This terrible War of words continued to limits where the two decided to settle their differences with a Physical fight, since they couldn't control themselves after moving out of a drinking spot. They resorted in using sharp objects.

Kipkoech who appeared stronger, unfortunately stubbed Ekai directly into His chest, inflicting terrible wounds that started bleeding. He equally survived injuries, at the time when the two were moved with speed to the Moi Teaching and Referral Hospital in a bid to save their lives that was at stake with minimal chances of survival. It was at this moment when Ekai was pronounced dead, but Kipkoech was discharged. 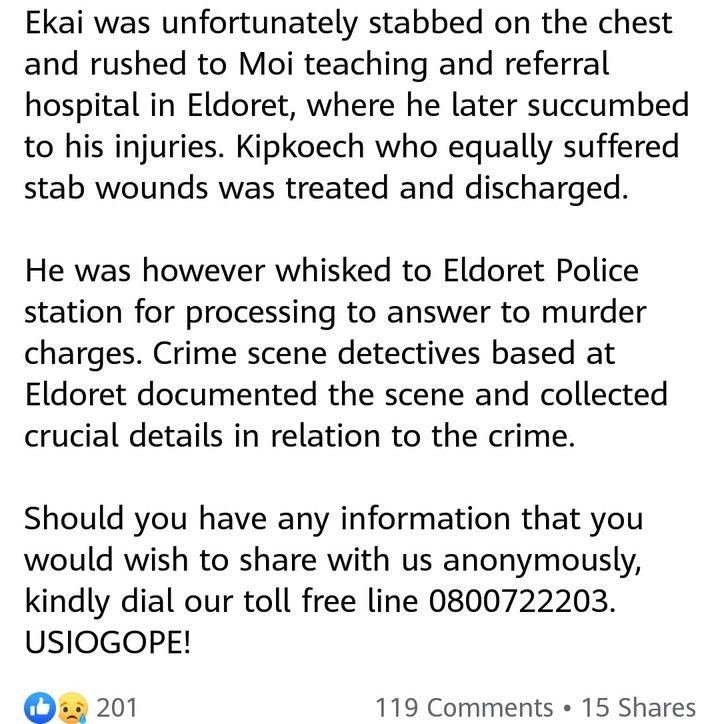 Detectives from the DCI based on Eldoret also availed themselves on the Crime Scene, to do forensic Check ups, and also collected important evidence, to aid in the investigation process. Kipkoech was also arrested and locked up in Eldoret Police Station as He awaits to be araigned in Court as murder Charges, will be pressed on Him.

Although the final report had not ariginated from the ground, Kenyans who gave their Comments on the DCI post castigated the act, while calling for immediate justice for the family of the deseased. Some even called upon the Uasin Gishu County Government to consider employing its youths to curb such cases.

This has also been as a result of the unemployment rates that are increasing daily due to the effects of Covid-19.