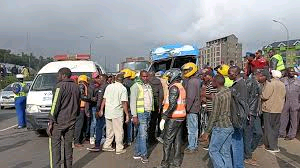 A 23-year-old businessman died after falling off from a moving matatu along Thika road, Nairobi.

John Owuoth, who was behind on the matatu from town to Thika road, jumped off as the matatu moves at a high speed.

Eye Witnesses reports revealed that the driver of the matatu didn't noticed that one passenger had fallen.

The deceased reportedly fell off and was ran over by another car.

Police were alerted to the scene and transferred the body to Nairobi City morgue.

Somewhere in Lang'ata, two suspected thugs were lynched by charged mob for stealing shs345000 from a shopkeeper.

Timothy Owen and David Nelson were caught by members of the public after the shop attendant raised alarm.

During the melee, a story emerged that David is a former GSU officer who was deserted from the service after conning sh450000 from two recruits.

Michael Akuno and Dorcas Akuno were reportedly conned shs450000 each by David Nelson on May 16, 2021.

He still had a pending case to answer before the court. 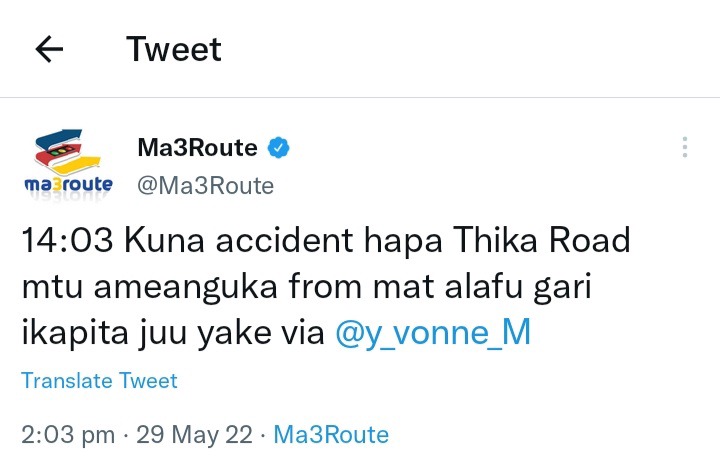 UDA MP Urges Mudavadi And Wetangula To Merge ANC, FORD-Kenya Into One Outfit Ahead Of 2027