News In: Tension In Kakamega As Police Allegedly Shoot & Kill Pastor During Raid In Chang'aa Den

By TaylorNews (self media writer) | 2 months ago 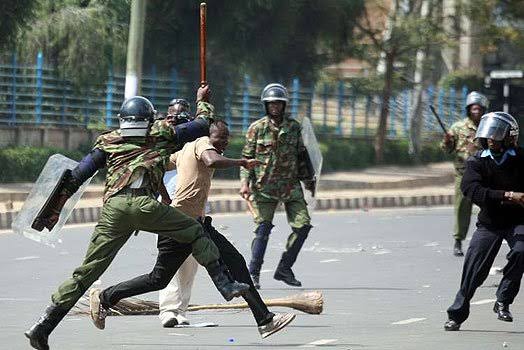 The role of Kenya Police officers has always been to protect Kenyans and also ensure that law and order is maintained throughout in the country as well as arrest those people who break the law.

However, the police officers have been on the spot as they have been involved in alleged brutality on Kenyans which has tainted their reputation.

Today, police officers in Kakamega are in hot spot after they raided an illicit brew hub where they ended up shooting and killing an innocent pastor during the operation. 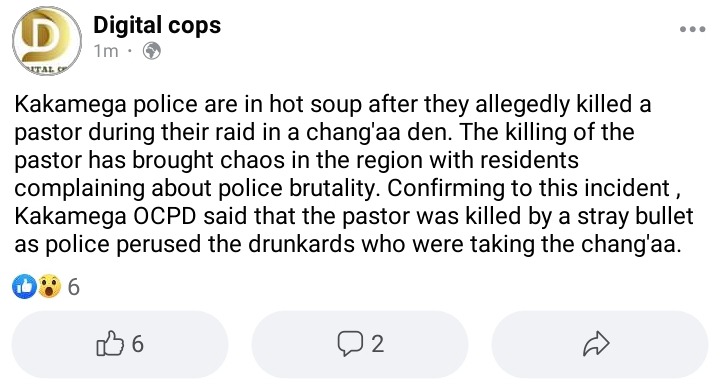 According to reliable star news reports, the police officers were on official duty of ensuring that they curb the sell of illicit brews at local dens in Kakamega.

During the raid, the police officers shot in the air to disperse the locals at the den, but a stray bullet shot and killed a pastor who was around the area during the operation.

This has caused commotion in the area the locals have aired their grievances of the increased brutality in the area and around Kenya.

Confirming the incident, Kakamega OCPD acknowledged that the murder was not intentional as it was a big mistake.

Mutiso,26, From Kitui Beaten Wife To Death, Blasted Her Preying A School Boy In Matrimonial Bed