Detectives Hopeful To Unravel Businesswoman's Murder, Following a Discovery Of Her Phones

By nziokajustin (self media writer) | 10 months ago 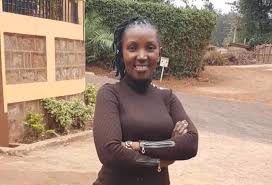 Detectives recently recovered phones belonging to Ms. Caroline Wanjiku Maina who was murdered over a month ago. Her corpse was found dumped in a thicket in Kajiado county.

Investigating officers believe that they are closer to revealing the murdered woman's death after they managed to track her phones to a village in Kisii, hundreds of Kilometres from where Wanjiku's body was found.

The detectives managed to arrest a 17-year-old boy and a conductor in relation to the phones' possession. Expected in court today, the duo will be tasked with explaining how they managed to acquire the devices whose owner was found murdered.

The recent arrests now bring to six, the number of suspects already nabbed in relation to Ms. Wanjiku's murder, which has largely been blamed on friends.

The recovery of Ms. Wanjiku's phones will highly impact investigations seeking to reveal the killers behind her murder. The two phones of OPPO and the Samsung A20S model are believed to have been sold through the black market.

Detectives strongly believe that the two phones were reset to factory settings before being sold to the new holders. However, with the help of international mobile equipment identity (IMEI) numbers, they were later recovered at Suneka, Kisii County.

Investigating officers will now forensically investigate the two devices in helping retrieve any calls and messages that may have been lost after the phones were factory reset.

The two will have to fight their case in court by stating how they got the phones, a failure to which they will instantly be placed at the centre of the murder.

"Being found with suspected stolen property, you suffer immediate consequences of the actual criminal, which may escalate to death sentences," warned DCI recently.