By SamwelOnyati (self media writer) | 29 days ago

An officer based in Athi River police station lost his teeth after rioters who were demanding answers as to why they are being kicked out from a privately owned land,according to K24 Tv digital they disclosed that the officer was among those who were kicking out residents who had placed structures in someone's land,in a court order obtained in Milimani law courts it was revealed that residents had started building temporary structures in the land forcing owners of the land to move to court,they were given a notice which ordered residents to leave the premises immediately. 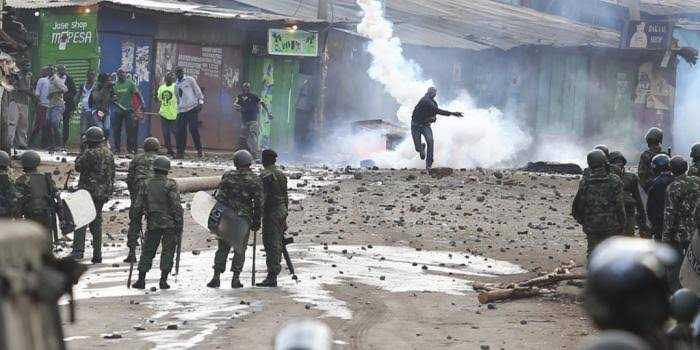 Agitated with the court decision locals decided to demonstrate on their forced removal forcing police officers to use other means,Felix Nyangwa who was hit by a stone thrown by one of the rioters lost his two teeth's,however residents disclosed that more than 300 residents were being kicked out of the land which could have rendered them homeless.

Police had to retreat after being overpowered by locals who had come in large numbers to defend their shelter,while the police officer who had been injured was taken to a local dispensary for medication.

Spaghetti Vs Macaroni | Find Out The Different Between These Two

Man, 45, on The Run After Forcing Himself on His 90-Year-Old Mother During Mashujaa Day

2 Ways To Check Your Soil's pH Without Purchasing a Soil Testing Kit?