By Sonofbatman (self meida writer) | 1 months

A pastor was yesterday night abducted by armed gangsters in Kiambu but was rescued by police. The gangsters kidnapped him and demanded a 50,000 shilling ransom from his family before they could release him. 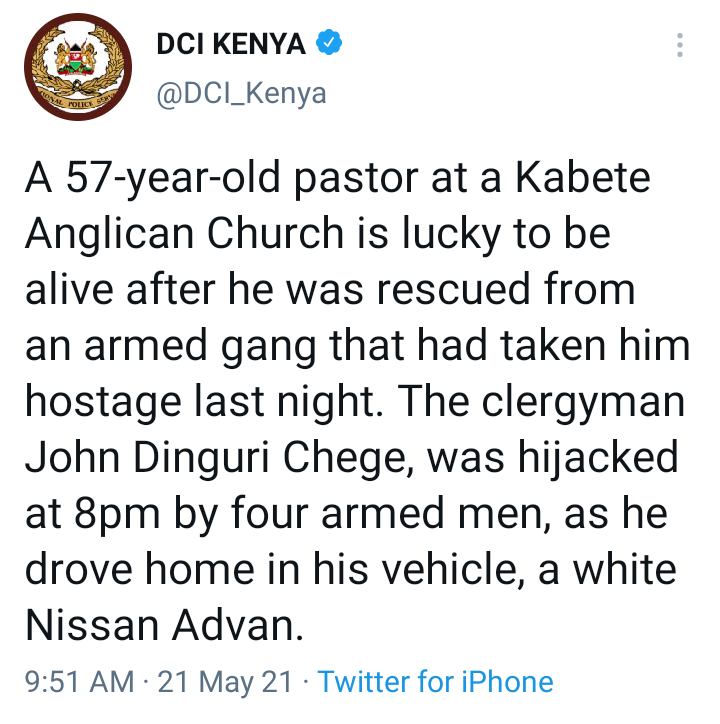 John Dinguri Chege, the clergyman was accosted by the armed kidnappers as he was on his way home in his Nissan Advan. The Directorate of Criminal Investigations, has revealed details of how police were able to ambush the kidnappers and rescue the pastor unscathed. 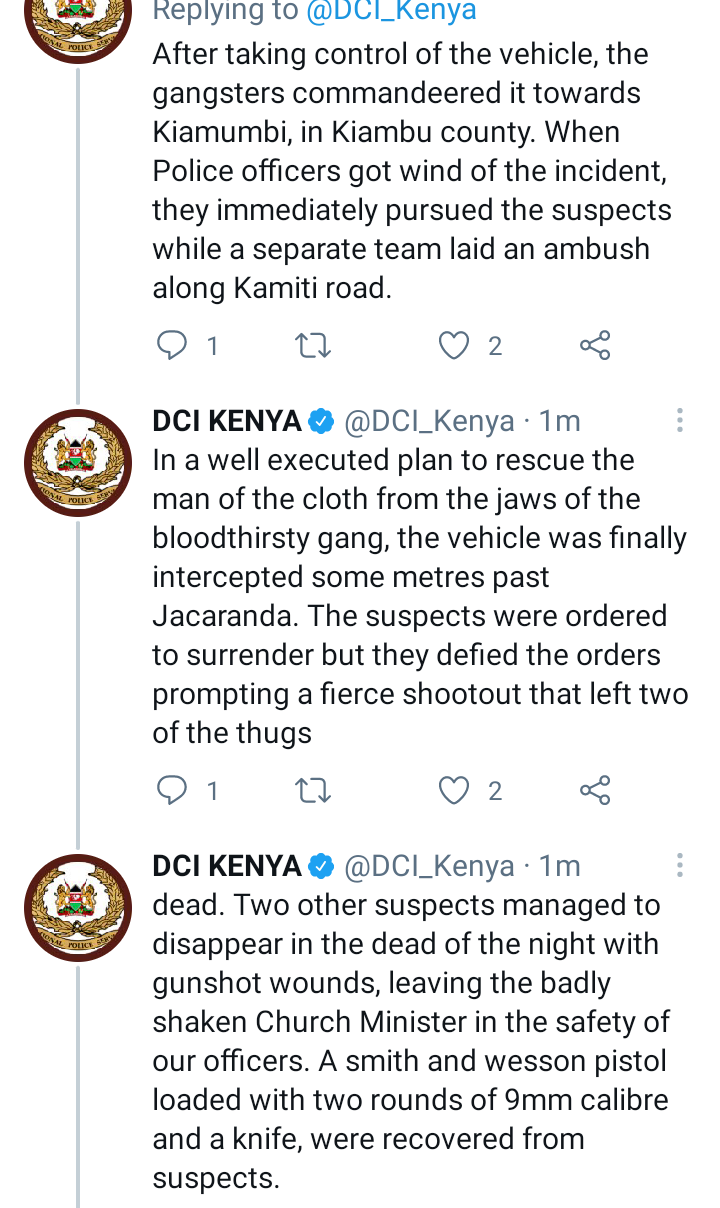 They drove with the pastor on their way to Kiamumbi which is found in Kiambu County. A few meters after the famous Jacaranda Estate, they were stopped by police who demanded that they surrender themselves. 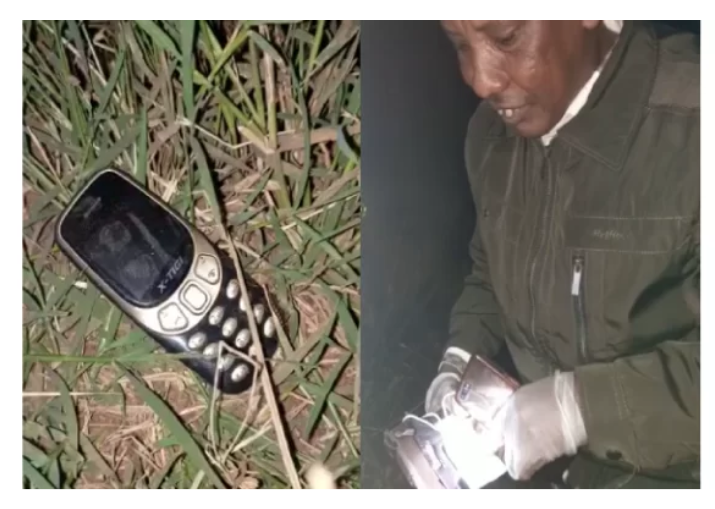 They were asked to surrender by the police but they defied the orders and instead opened fire on the cops. Two of them were gunned down in the exchange of fire as two of them made off with gunshot wounds.

A psitol was recovered at the scene of the crime with a few rounds of ammunition. The pastor was rescued without a scratch on him and he has cops to thank.

If You Have a Safaricom Line, Beware Of This Fraudster Code

Bad News To Borrowers As MPs Make This Move On Loans.

Do not tell women this things

Meet Beautiful Wife Of Millionaire James Mworia, See How Their Love Journey Started At Class One

Win Big Today By Placing This Sure Betslip