By Maria (self media writer) | 4 months ago 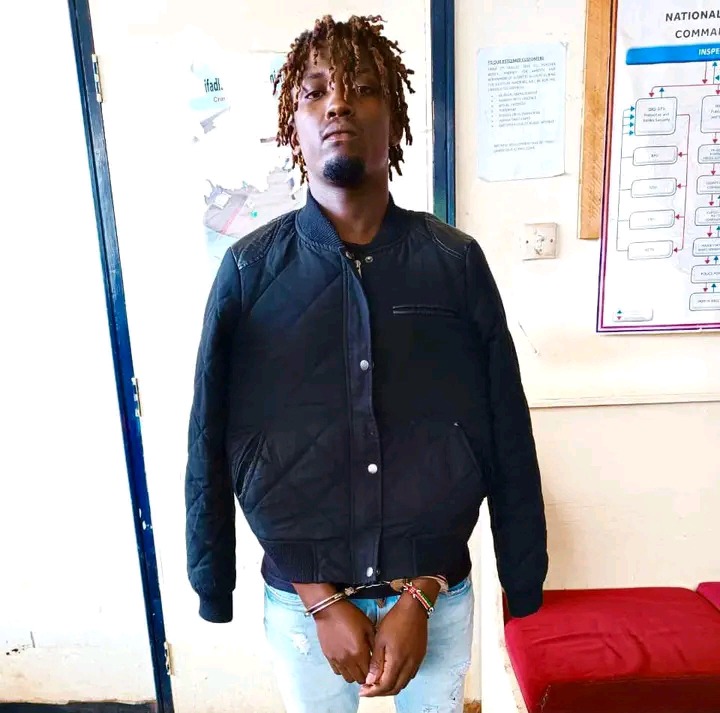 19-year-old Purity Wangeci was found dead on May 13th after news don't the air that she was killed by his boyfriend Who is an upcoming Dj in Nairobi town.

According to reports, anonymous screenshots, and texts the late Wangeci asked for help to be able to get her Ksh 70,000 amount of money that Wangeci's boyfriend have conned her. 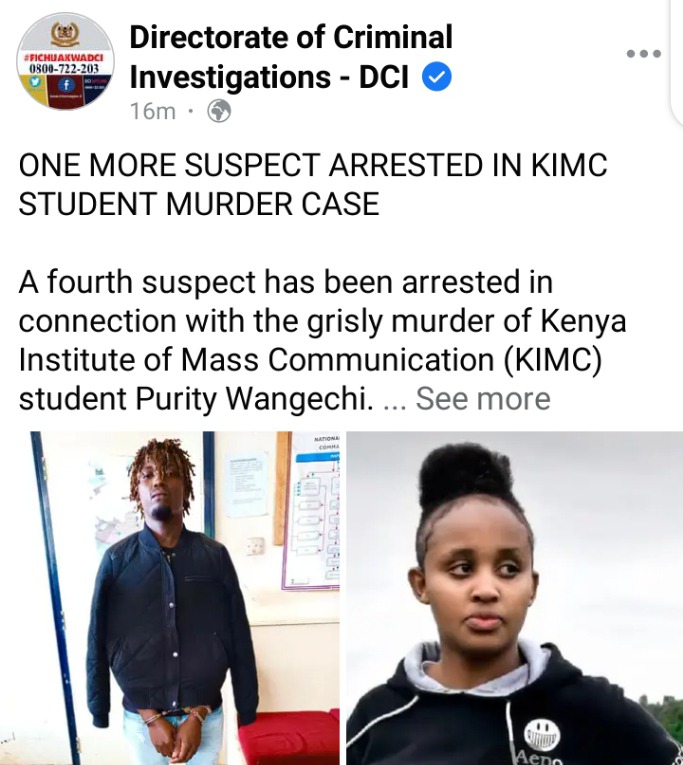 The informed anger the first-year student of Kenya Institute of Mass Communication who was barely for months in her journey on-campus life.

From Wangeci's closet friend, Wangeci had to pick up her belongings from his boyfriend in Kirigiti, Kiambu county and after confronting his boyfriend about the arising matter, he asked him to go over so that he could solve things amicably.

For it known, it was the last day to set her eyes on her best friend. She tried reaching her but his boyfriend received the call. It was clear to her things were not okay after hours of Wangeci not coming back to Nairobi town as promised.

Later after 8hours, Wangeci was found murdered and dumped in a thicket in Kirigiti Kiambu.

Wangeci's boyfriend and two suspects were arrested along after investigation is done.

Today, Detectives from the Director of Criminal Investigations arrested Isaac Kibui, 22-year old after a jacket of stained blood was found at his house. 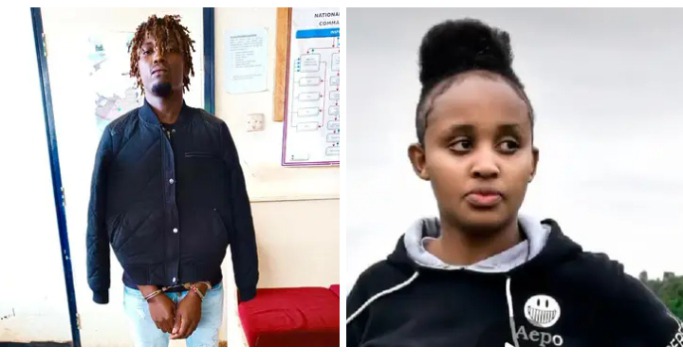 Content created and supplied by: Maria (via Opera News )