By KumenyaNews (self meida writer) | 13 days 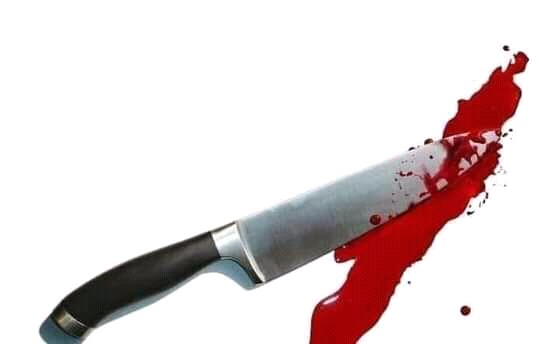 Police officers are known for protecting netizens and maintaining law. Though some of the officers have found themselves in the wrong side of the law with some going to an extent of killing.Most officers who are found on wrong side of law are the due to family issues.

Another police officer has found himself in wrong side after stabbing a bar attendant. According to eye witness the officer had been ordering drinks in a pub for in Kapsarab Baringo county. The officer is said to be having fun with other people in the pub. Drama started when the bar attendant come to demand payment. There was an argument between the two before the police officer removed a knife stabbing the attendant to death. 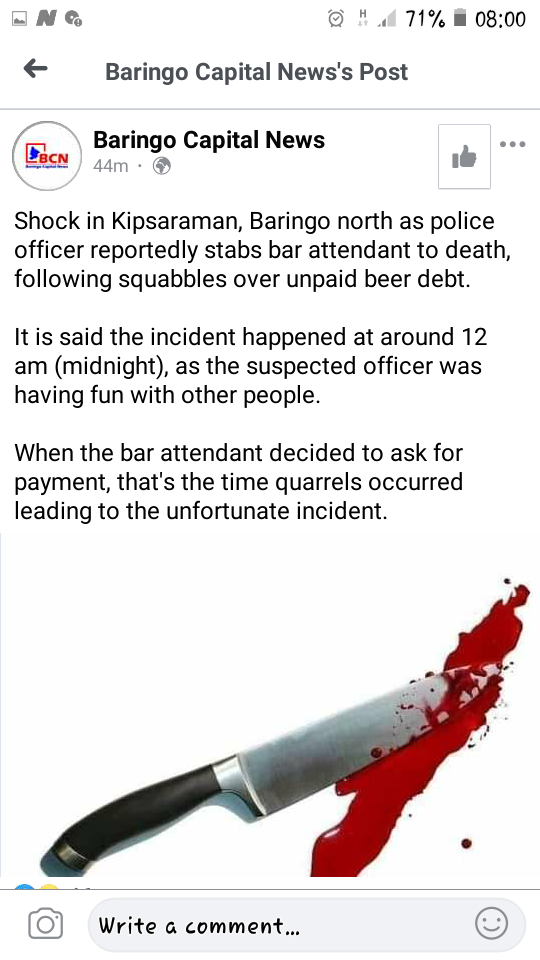 Area residents have expressed they worries saying that the officers are supposed to watch over them and not to fight them.The police officer was arrested and taken to baringo police station as investigations are on going.Different cases of murder have increased in previous past with Kenyans blaiming drugs and depression.Kenyans have been urged to solve issues amicably to avoid such incidence in future. 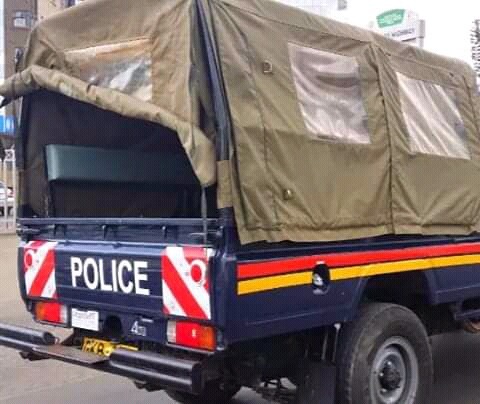 80-Year-Old Woman Arrested After Doing This

The Unsolved Case of A Sh1.9 Million Debt and A 29 Year Old Murdered Woman