By TheReporterr (self media writer) | 13 days ago

A man moved the crowd to tears after he revealed how the late renowned Kikuyu gospel musician Esther Wanjiku saved him from suicide. 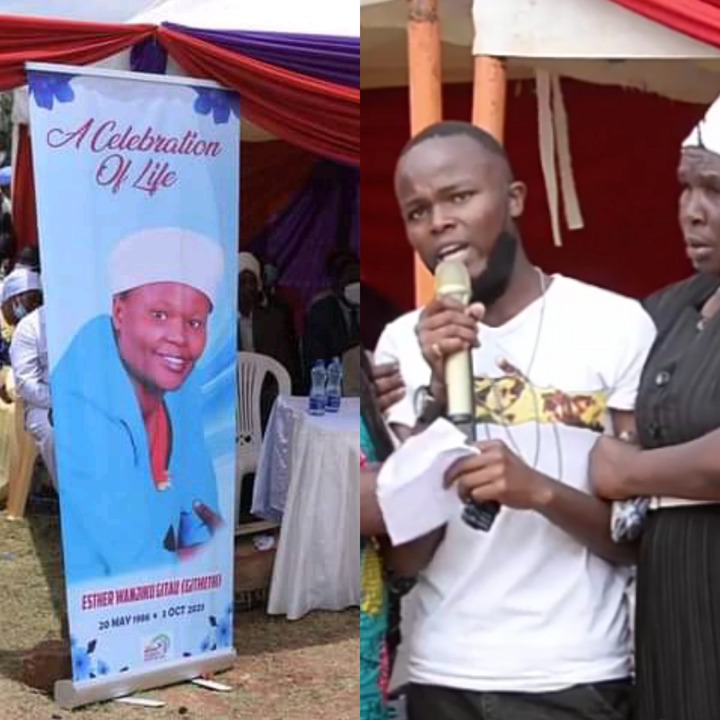 In a report that took the internet by storm, the family of the deceased revealed that she had allegedly passed away while receiving medical treatment for an illness which they didn't disclose to the public.

The deceased was however buried today back in her village in a funeral ceremony that was attended to bu thousands of her supporters, friends and family members who went to pay their last respect.

However, a man whose name is yet to be disclosed moved the crowd to tears after revealing how the deceased allegedly saved him from killing himself through her inspiring songs. In his own words, the man said that he had been going through a rough time and the only thing that gave her hope was the woman's songs.

"If it was not for her songs i would have committed suicide long time ago. I was going through Alot and the only thing that kept me from killing myself was ny listening to her songs. I don't understand why good people often die leaving us here", he said.

After finishing his speech, the man went ahead and sung a song for the deceased with a message that wished her well as she begins her new journey, thanking her for everything she has done to her fans and all those who knew her and finally, hoping that they would meet once more.

The late Esther Wanjiku came into the limelight after two of her songs went viral to the point where Alot of clubs and other high end places were playing it. The deceased who was laid to rest was described as a source of strength to many kenyans Untill her untimely death. 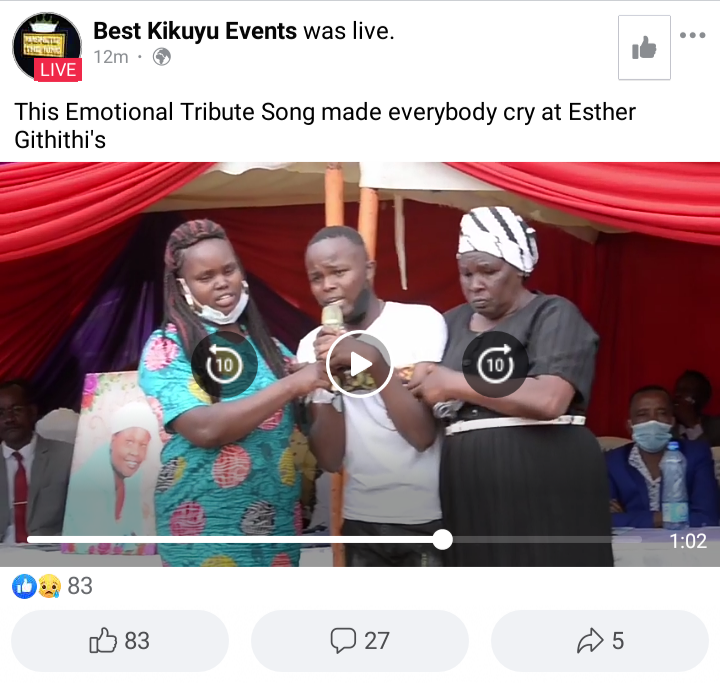