Do You Remember Baby Pendo? Sad Memories After A New Development

By MaangiJob_Ke (self media writer) | 2 months ago 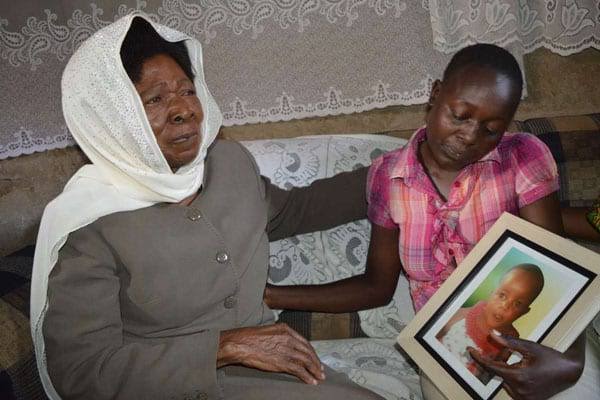 According to a report by Nation, Robbie Odongo was working the night shift. at this Aga Khan hospital Kisumu work station when he was conered by Magistrate Beryl Omollo fronted with the sight of a baby connected to tubes in the ICU.

It was at the height of the election violence in August post 2017, and the baby fighting for her life was Samantha Pendo, a six month old victim of the poll chaos in Kisumu County

When Odongo who was one of the staff reported back support to work the next day, he was met with an empty bed. The baby was dead.

That image lives with me to date, he tellsthe Nation. A multi-award-winning scriptwriter, the father of two, who then worked as a janitor, harnessed his emotions and got down to writing.

Bangarang-Jamaican slang for chaos is the name of the film written and directed by Odongo and inspired by true events that preceded Baby Pendo's death, depicting the culture of post-election violence in Kenya.

A February 2019 ruling delivered by Magistrate Beryl Omollo at the end of an inquest into the death of Baby Pendo found senior police chiefs on duty during the 2017 post-election chaos culpable and recommended murder charges. The officers are yet to be charged.

Baby Pendo's parents have struggled to come to terms with her death, four years down the line. The 88-minute-long movie exclusively shot in Kisumu depicts how the society overlooks deep human rights violations for political gain

It bagged the Best Film on Human Rights Education at the Lake International Pan-African Film Festival. There had been a problem though, as Odongo embarked on production.

The film enthusiast, through his company Leqwood Productions, had previously produced four movies-all nearly on a zero-shilling budget. He wondered how he would bring his latest story to life; it was to cost a staggering Sh12 million.

"Nitamwaga Budget" Mulamwah Sets To Marry His New Girlfriend, Ruth After Break Up With Carol Sonnie

Is There A Deal Between Martha Karua And Dp Ruto? See Her Message That Has Left Kenyans Talking