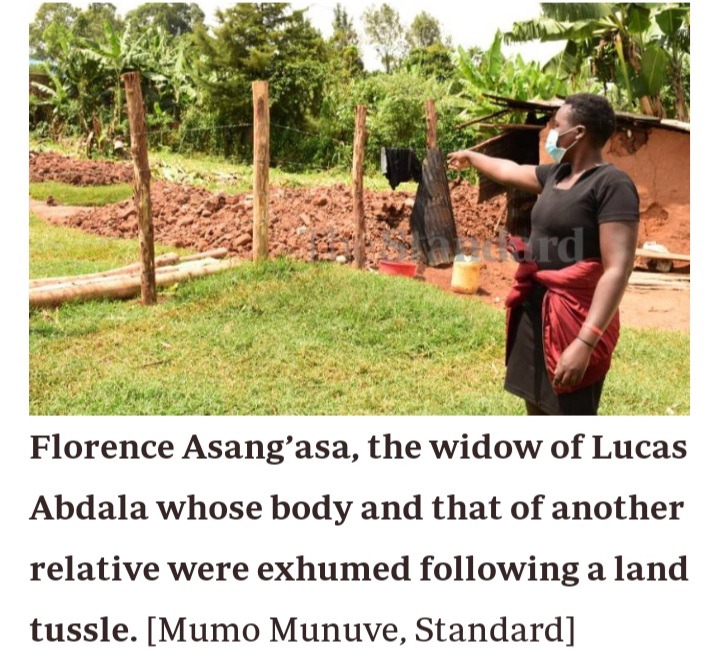 When his family lay him to rest in 2018, they believed that they had brought to closure all the allegations that surrounded Lukas Abdala, a driver who lost his life together with 56 others in a road accident.

The Homeboyz bus was involved in a road crash at Fort Ternan, Kericho County.

Abdala’s remains was then buried at his home in Mago village, Hamis Constituency in Vihiga County, but unfortunately, it was exhumed on July 11 by security officers and moved to an unknown area following a land feud. 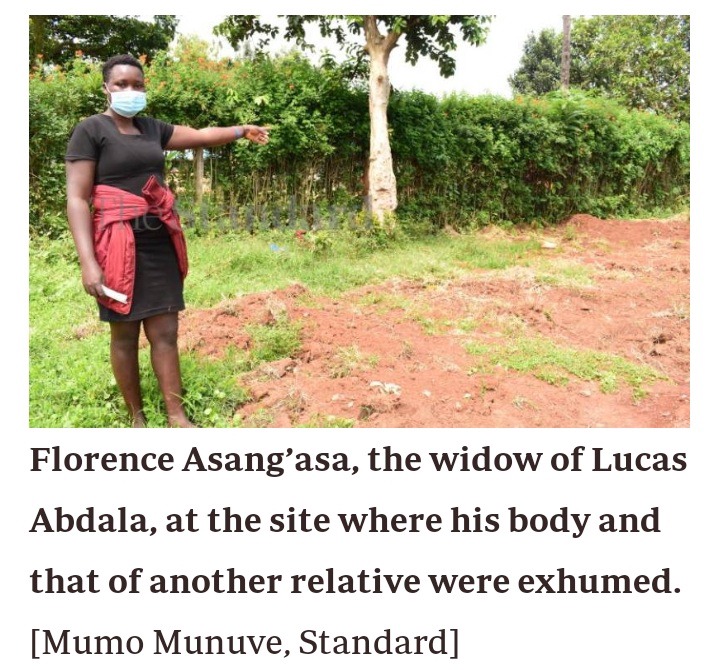 “A group of armed security officers approached us with a court order and exhumed Abdala’s remains plus that of another family member, arguing they were buried on a parcel,” said Florence Asang’asa, Abdala’s widow.

She said the police officers dispersed everyone and did never listened to anyone pleas as to where they were moving the remains.

Asang’asa continued: “I was not around on the material day, but a local notified me on the melee. I got wind of the information from some people saying the remains were moved to Mbale mortuary, but family members have failed to trace them at the hospital.” 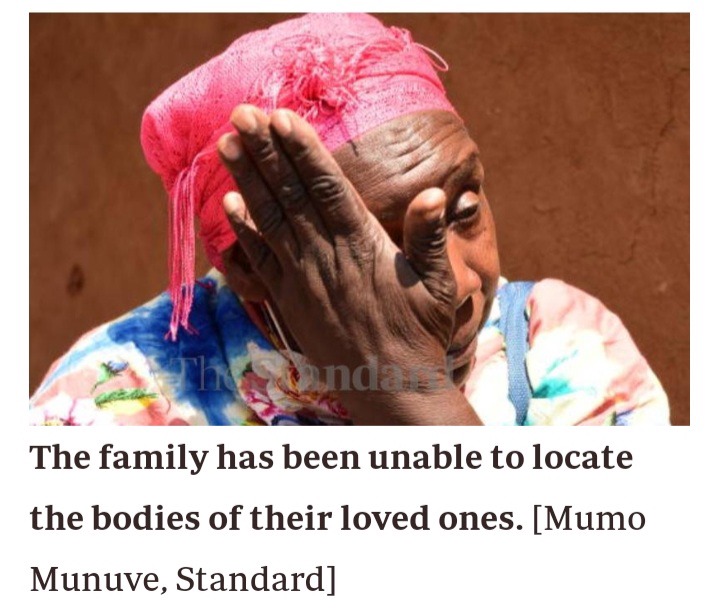 Serem Officer Commanding Station Winnie Chepkosgei who commented on the matter, was unable to discuss the incident and referred the press to Hamisi Police Commander Austin Obonyo, who in later took us to his deputy Joseph Katuko, arguing he was still a visitor at the station. 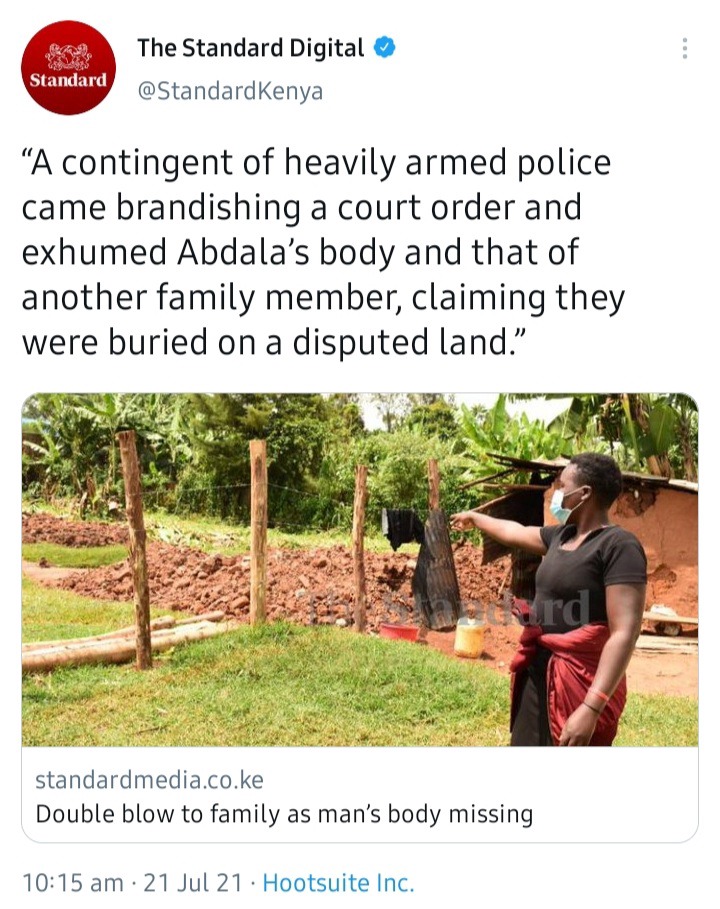 “The bodies were moved to Mbale morgue,however, by grapevine, the remains can be buried at any government burial facility,” said Katuko.