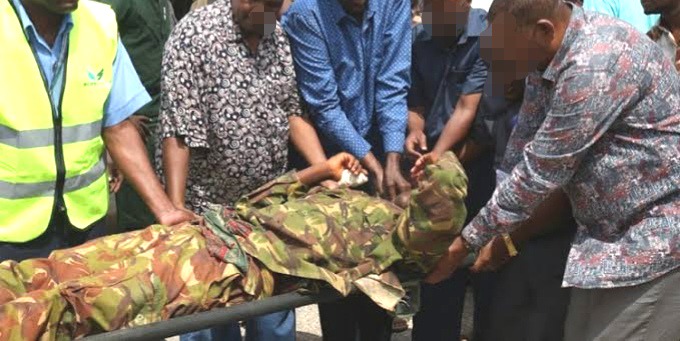 Detectives in Kasarani, Nairobi are currently hunting down thugs after a lady officer was mercilessly stabbed and her uniform stolen.

In a statement recorded at Kasarani Stadium police station,

It was reported by the chief controller that yesterday the 18th october, 2021 at around 1920hrs, it is alleged a police officer was stabbed at Ngomongo area within stadium police station.

Immediately she was rushed to radiant hospital for treatment and then referred to Nairobi West hospital.

The officers has been identified as Copral Janet Chepkorir stationed at KICC police station. 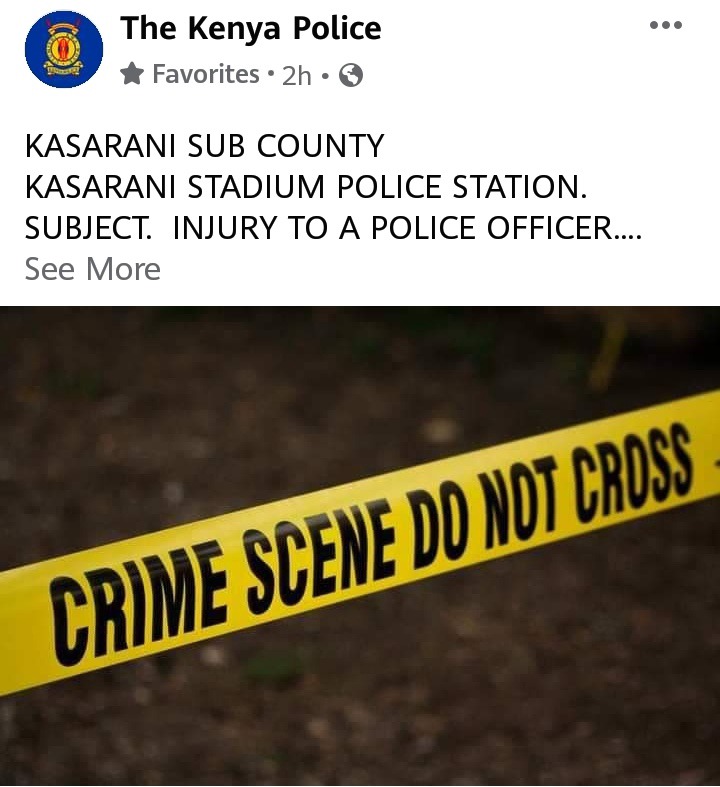 It has emerged she was heading to her residence in ( ngomongo) from work .

She was stabbed at the back and sustained a deep cut.

The following items were robbed from her .

Lately the number of police officers attacked by thugs has been on the rise where a number have even lost their lives.

Criminal gab around the city seem to be giving a deaf ear to calls for them to change their rogue ways before they face the full wrath of the law or armed cops. 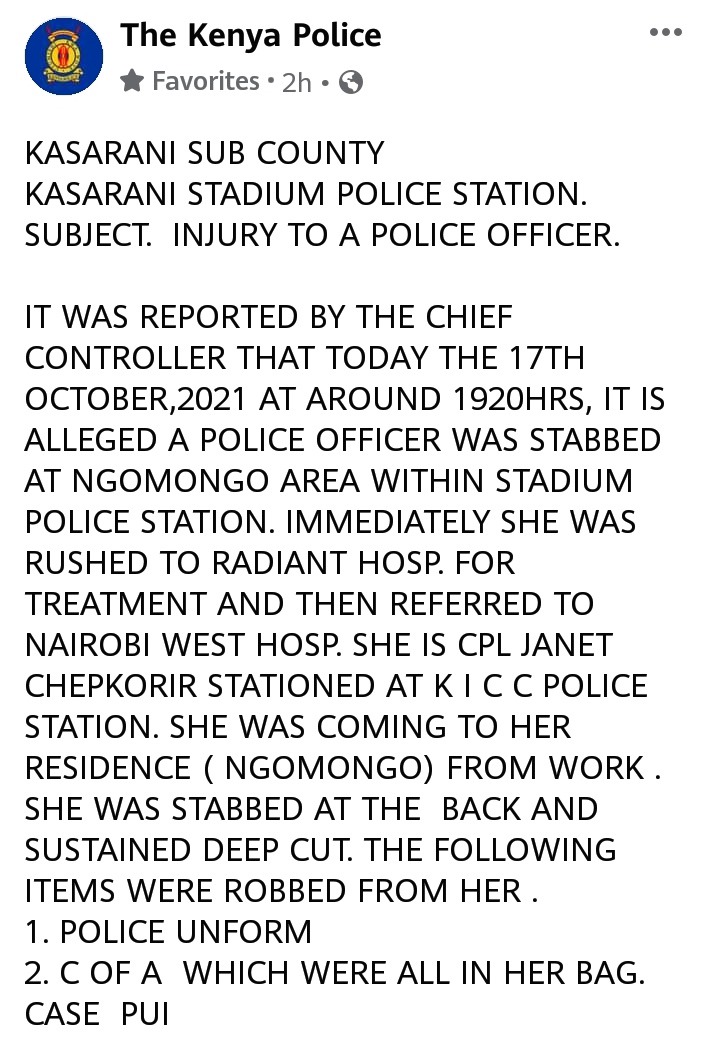