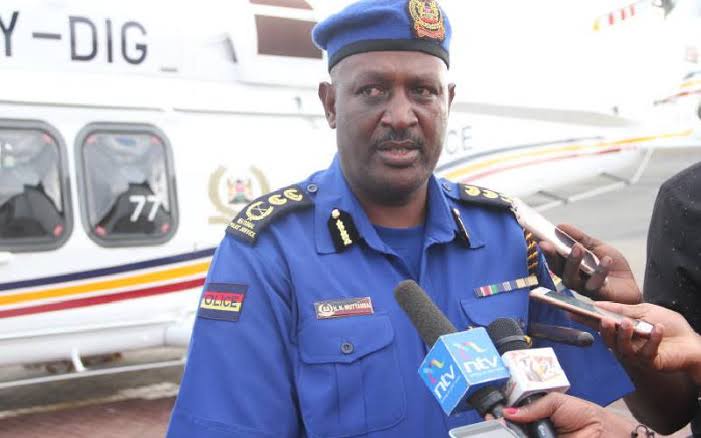 The National Police Service has finally been forced to respond to allegations that the Inspector General of the Republic had collapsed.

According to NPS, the news by Abuga Makori was fake news and hence Kenyans should not trust and take the news as the true reality on the ground.

Makori had alleged that Hillary Mutyambai had been rushed to hospital after having collapsed hence asking Kenyans to go ahead and wish the Inspector General a quick recovery. 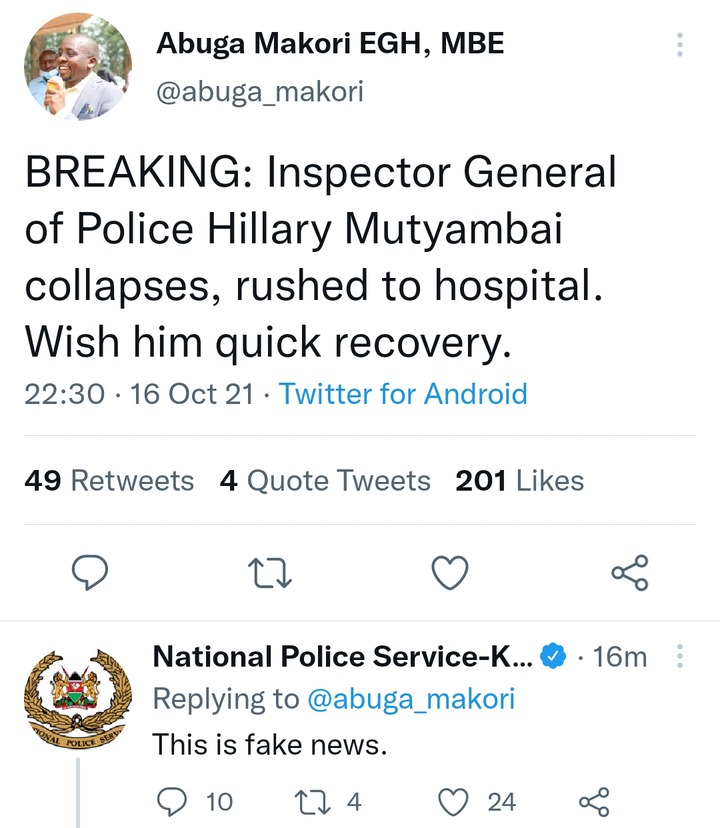 The National Police Service noted that contrary to social media speculation through a post by https://t.co/54WymLo9GF that Inspector General of Police Hillary Mutyambai is unwell, the IG returned into the country this morning after a tour outside the country in the Democratic Republic of Congo.

They have urged Kenyans to ensure that the ignore the news saying that it was reckless, malicious and unverified reporting.