By IanbMurray (self media writer) | 18 days ago 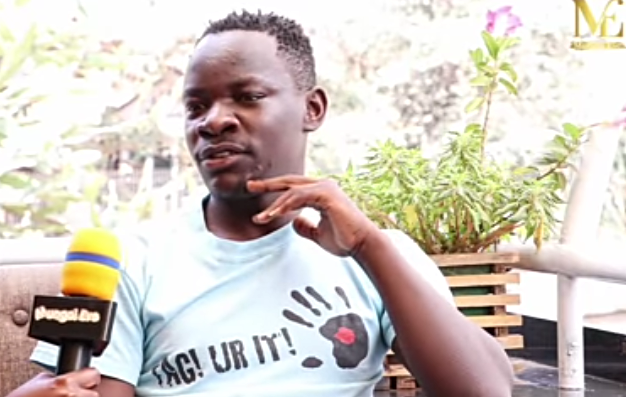 Austin is a resident of the Kibera slums in the county of Nairobi. The famous Mungai Eve decided to interview the young man to unfold the transformative story of his life.

Austin and his 7 seven friends met in their residential neighborhood to come up with ways of making money. This was brought about with the need to cope with the immense pressure that resulted from peer groups in Kibera. After having deep discussions, the 8 friends decided to indulge themselves in the life of crime.

'I used to sleep at my uncle's house and he wasn't authoritative. He didn't mind my staying out late,' Austin told Mungai Eve. He went on to add that he began his 'kingpin' life while still in class 7. ' We used to strike Mpesa shops during the night and on the weekends because I was a day scholar,' he narrated. The gang had acquired pistols from other gang bangers who required them not to ask any questions about the whereabouts of the firearms.

They had various rules that kept them out of trouble and avoided collision with the police. The first rule was that no man was to be left behind. Secondly, they weren't supposed to steal from small businesses. E.g Vendors selling vegetables in their booths (kibanda). Thirdly, their 'extracurricular' activity was supposed to remain a secret only known to them.

'The money we stole squandered it on clothes, girlfriends, and drugs,' Austin revealed. He added that the drugs were for helping them cope with what they were doing. 'We used to smoked bhang and get drunk to put out minds at peace,' Austin told Mungai Eve.

"On October 3rd, 2015, we decided to hit a larger supermarket. Some of us canvassed the building before the robbery. We even got ourselves a gateway car. We went to the supermarket as planned, pulled out our firearms, and everyone in the supermarket adhered to our every instruction. However, the theft went south when one of my colleagues shot up the roof when one of the security guards failed to comply with his orders. This was when we knew we had messed up," Austin disclosed to Mungai Eve.

"We knew that the shot had alerted the police so began running for our lives. We scattered in every possible direction. The police pulled up and started shooting at us. As I was turning into an ally, my colleague was shot by the police on the head and his brain splattered all over my face. This was the moment I decided to turn my life around," Austin confessed.

Austin is now a motivational speaker urging the youth not to indulge themselves in the life of crime. He has a YouTube channel (Hakuna Matata) where he often offers motivational sermons. He aims to inspire the youth that there is a better option in life rather than the life of crime. Austin goes on to add that he the living testament and proof that stealing is one of the worst choices you could ever make.

Man Who Took Loans to School Wife, Dumped For KDF Soldier Reveals He Can Only Date a Single Mum

Things you should do when a woman likes you