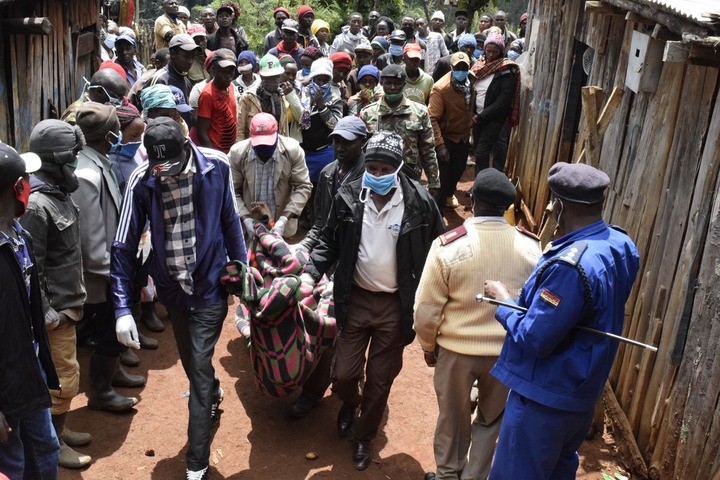 Photo courtesy: Past incident of murder and suicide in Nyandarua.

As the country is still coming to terms with the unfortunate incident that shocked the country today where a police Constable opened fire on his wife before going into shooting spree that saw 5 other people die and 2 more admitted at Kenyatta National Hospital. He later turned the gun on himself when fellow police officers were sent to arrest him. 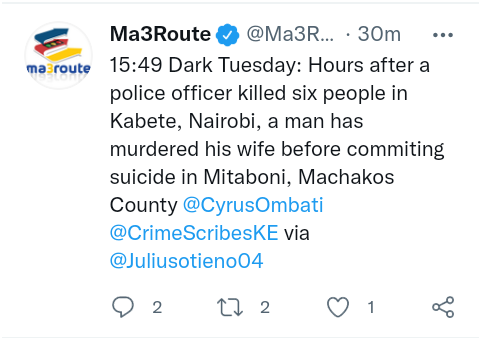 The two incident points to increased cases of domestic violence that is now a worrying trend in the country. The increases of murder and suicide calls for the government to roll out campaigns to teach the public on the best methods to solve disagreements at home. It is very unfortunate occurrences and may the souls of the departed rest in peace.

Adorable Ankara Dresses for Women To Try Out (Photos)

7 famous Nigerian actresses who laid down foundation of Nollywood