Beware: Kenyans Warned To Avoid These Five Places Where BodaBoda Robbers Are Ready To Pounce

By Annnjeri (self meida writer) | 13 days 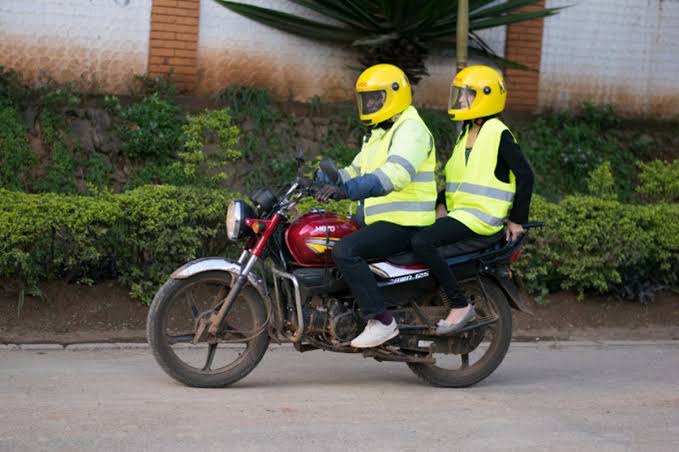 The rising cases of insecurity in the Nairobi county has been a concern for the citizens with robbers advancing their robbing technique's as seen recent weeks to milk unsuspecting Kenyans of their valuables.

Kenyans have however been adviced to be extra careful and more vigilant when traversing the city to ensure they don't fall prey to the robbers with a list of hotspots where they are likely to encounter Boda Boda robbers listed.

These are the areas Nairobians have been warned about:

Kayole OCS Henrik Kandie has warned the netizens to be extra vigilant when near roundabouts with the Kayole, Huruma and Dandora roundabouts named as danger zones. 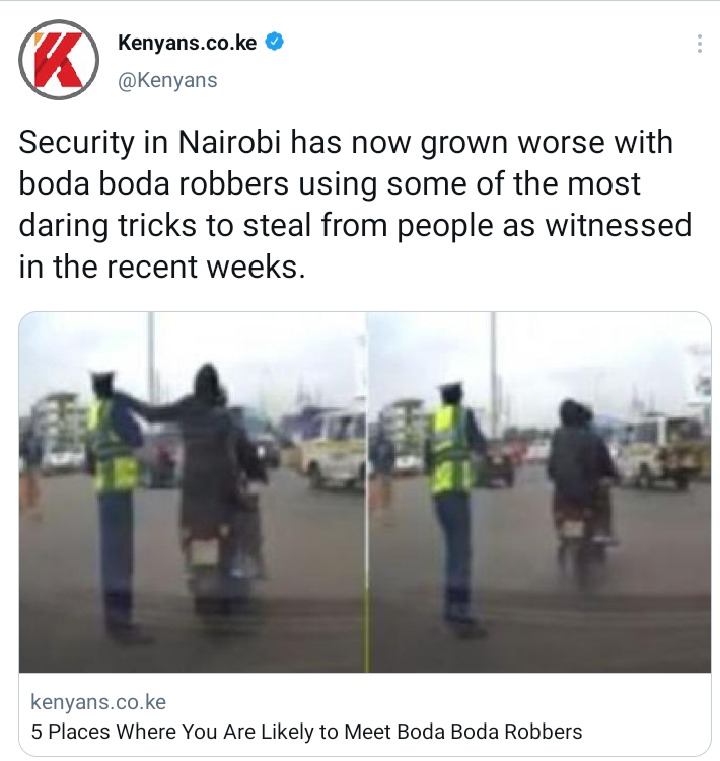 Boda Boda robbers, according to Kandie are keen on those travelling on lonely paths regardless of the time and they stand high chances of executing their act and speeding off without being caught.

This environment favors thugs since they are less busy at times and far from city centres which is likely to favor the robbers as alarm is unlikely to get any audience.

Kandie further warns that petrol stations have also become a notorious red zone for these Boda Boda robbers who look to capitalize on any little opportunity that may present itself before they strike.

Avoid talking on the phone and walking in isolated corridors to avoid exposing yourself to these robbers.

"The best thing to do is to ensure you don’t walk alone or talk on phone while passing through these corridors to avoid exposing yourself. If you can use another direction to your destination the better,” Kandie stated.