By WrittenWisdom.com (self media writer) | 16 days ago 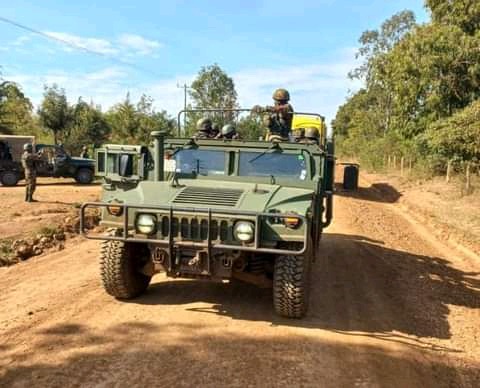 In an update statement, the Kenya Police service has revealed certain places where bandits are reportedly using as hideouts. This comes a day after bandits attacked a group four fishermen who were looking for their daily meal at a river near Ol Moran. Three of the fishermen were shot and killed by bandits. Luckily, a multi-agency team of police officers intervened on time and saved the stolen livestock.

Police launched immediate investigations into the incident. Investigations have now disclosed that the bandits who attacked the fishermen are not from within Laikipia county.

According to the report, the bandits have resorted to settlement areas in Tiaty Subcounty as hideout dens. This is after the government increased police presence and operations in Laikipia forcing bandits to shift gears and look for other places with little surveillance.

Police have established that bandits have now moved to the neighbouring Tiaty Constituency in Baringo county. They sneak into Laikipia to attack, steal and sneak back to Tiaty.

But the bandits have already run out of luck. Police have declared Tiaty a bandit hideout and operations will be launched in specific divisions within Tiaty where bandits are believed to be hiding.