By SammieN (self meida writer) | 7 days 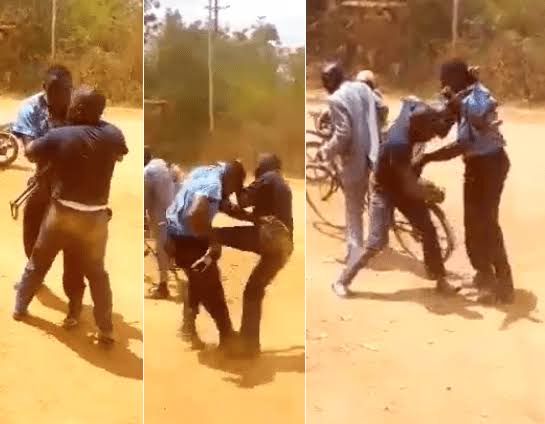 A dramatic scene have been witnessed in Nakuru county after a handcuffed man wrestled with three trained officers and managed to escape. Something that really appeared to be like a film script. 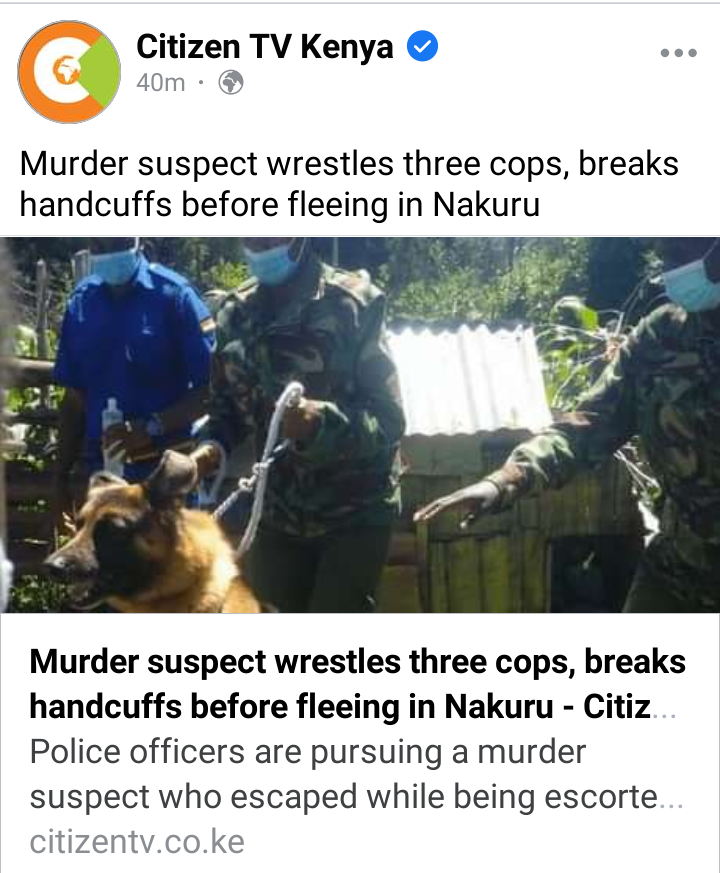 According to Citizen Tv, the murder suspect was re-arrested after he managed to escape when he was being escorted to the hospital after receiving thorough beatings from the public. Report shows that the suspect was badly injured in the chest and head.

When the procession was en route to the hospital, the injured prisoner became violent and began to fight the three trained cops. It was during this time that the driver realized that there was a commotion at the back and decided to stop to see what was going on. It was during this time that the suspect managed to break the handcuff and vanished into thin air leaving the three cops stranded not knowing what to do.

The above incident have sparked reactions as majority claim that the incident seemed to have been a well calculated move. Surely how can a handcuffed sick man defeat three trained cops? Drop your opinion in the comment section. 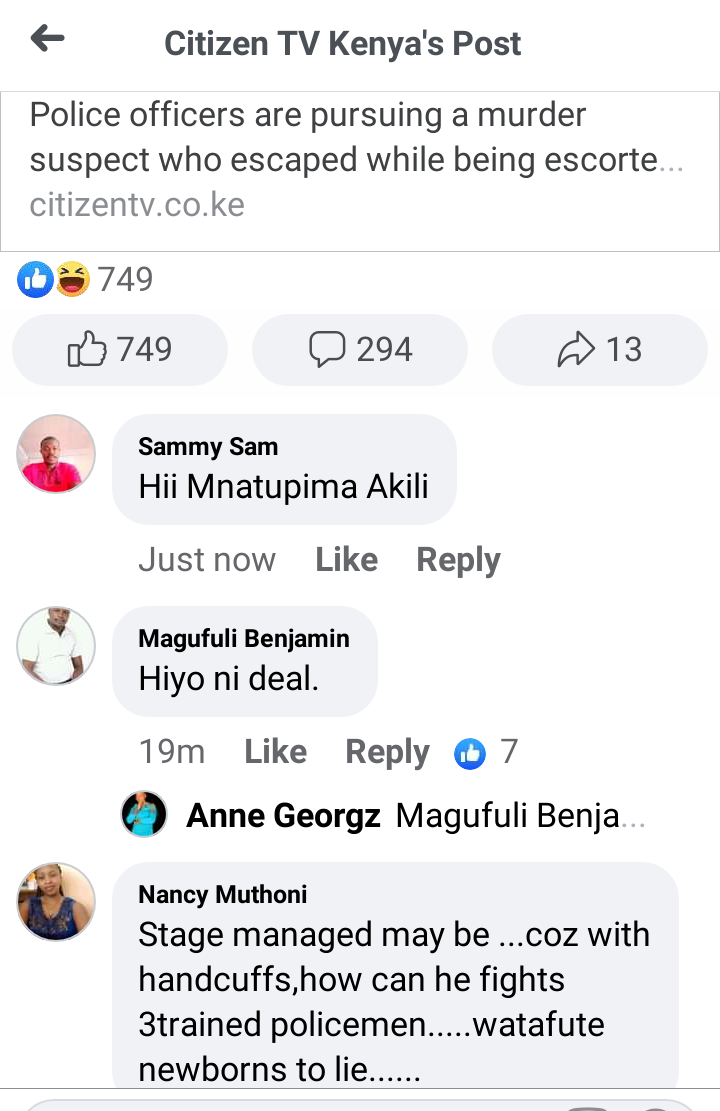 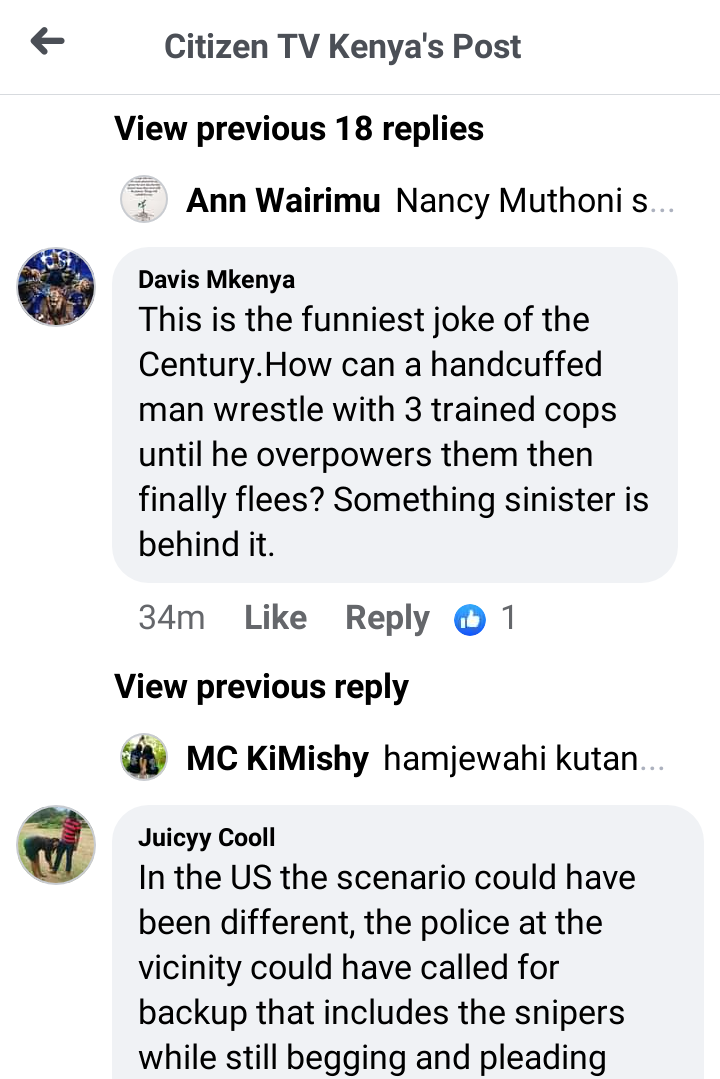 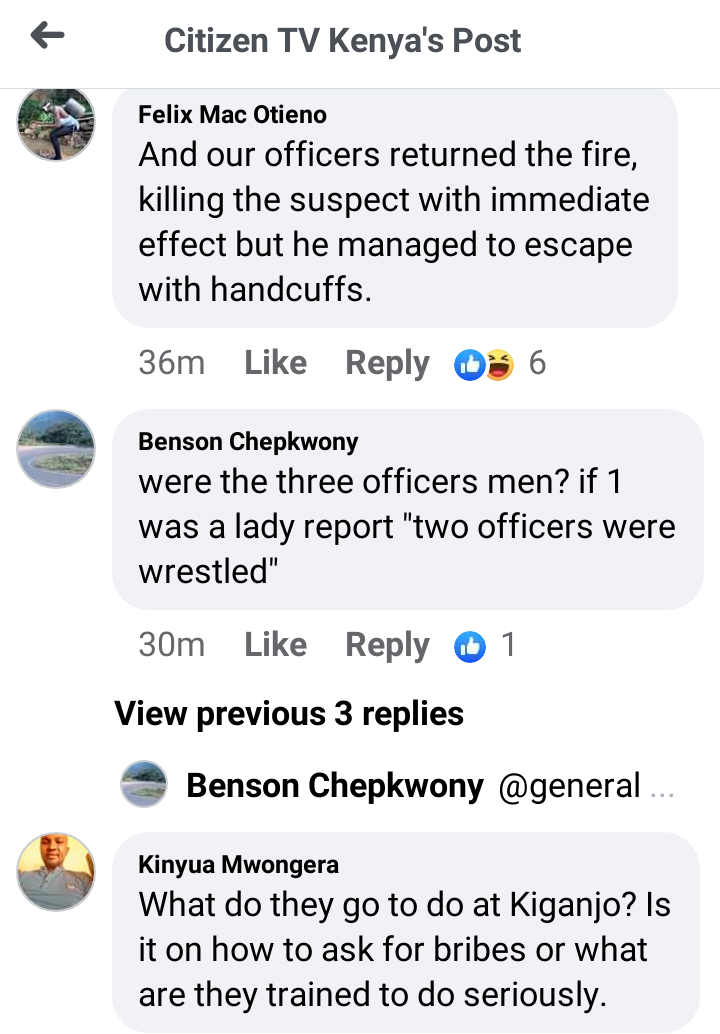 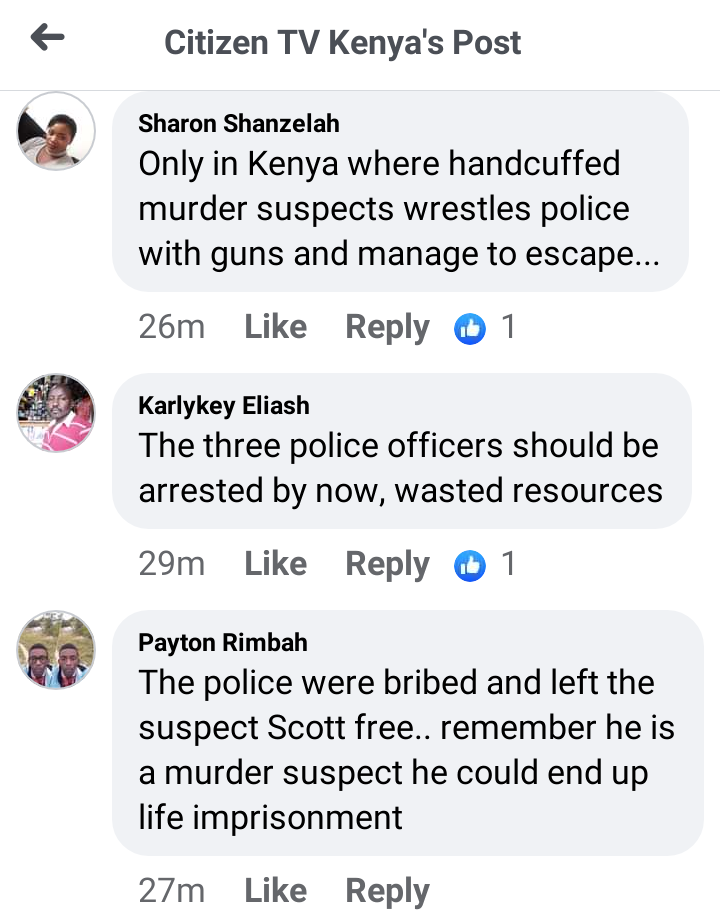 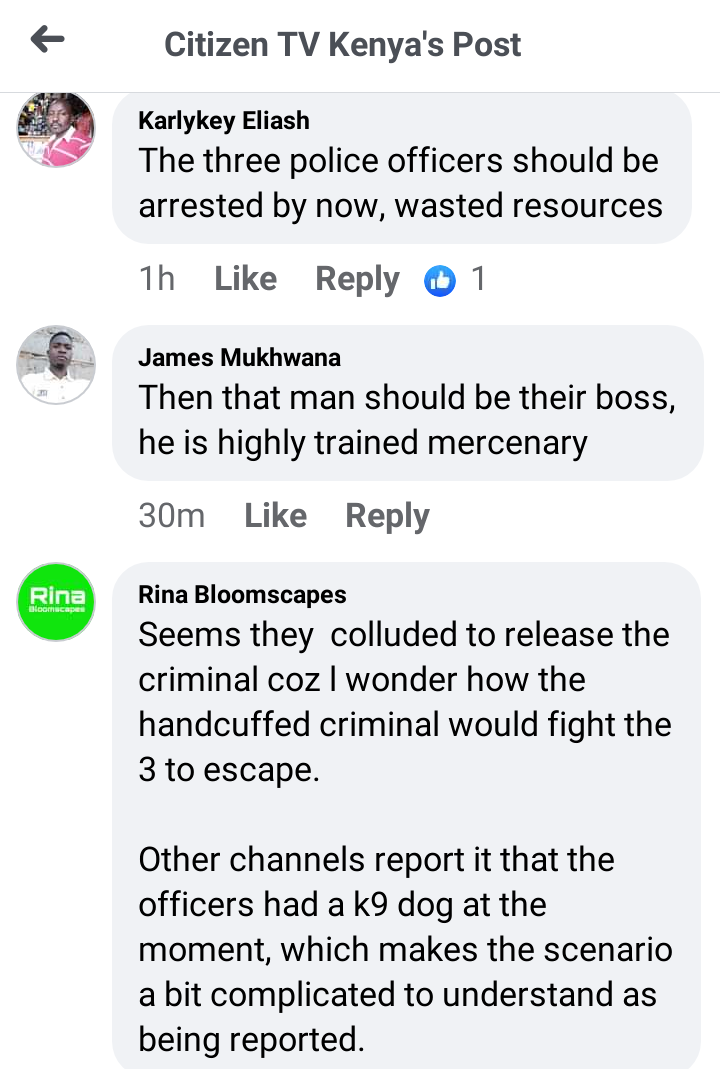 Content created and supplied by: SammieN (via Opera News )

Remember Spenser Sankale Whistleblower at Masai Mara Heist? He Has Been Dismissed By The University

Price Of A Brand New Matatu In Kenyan Shillings

"You Have Nothing on Your Name, Just Noise" Atwoli Blasts Boniface Mwangi