By WawireCornel (self media writer) | 10 months ago 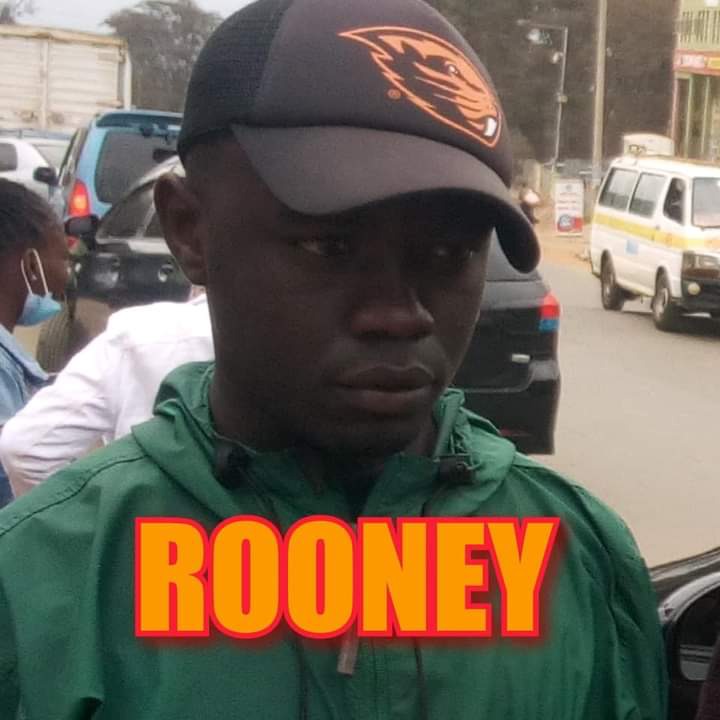 Renowned criminal buster Hesy Wa Dandora on Monday revealed that a notorious criminal popularly known as Rooney was gunned down.

In a post on his Facebook page, Hesy, who has been dealing with hardcore criminals in Nairobi, revealed that Rooney with his accomplices have been terrorizing residents along the route connecting Dandora and Lucky Summer.

The criminal group is known for its use of weapons such as knives and pistol to commit their crimes.

Rooney has been on the wanted list after they stubbed a security chairman in Dandora to death.

The security chairman was in company of of three of his colleagues when this incident happened.

They were pounded by this criminal group in Dandora Phase 4 where all their valuables were stolen at a gunpoint.

Luckily, after a tip off from residents Hesy and his group traced Rooney in Umoja 3 where he was hiding.

He was shot death after being caught unaware at his hiding place.

Hesy has now lauded Teambuilding for their great support in making sure they keep their area safe from these criminal groups who make their life difficult.

"#ROONEY a notorious gangster that has been terrorizing people along the route connecting Dandora and Lucky summer through the dump site has been gunned down within #Umoja_3. Today morning at around 0100hrs, Rooney among other gangsters stubbed to death a security chairman well known as #NELLY within Dandora phs 4 along the same route. The security chairman was with 3 other men(his colleagues) when the incident took place. During the incident, all the victim lost their valuables including mobile phones at gun point. The idiot has been neutralized a few hrs ago," wrote Hesy. 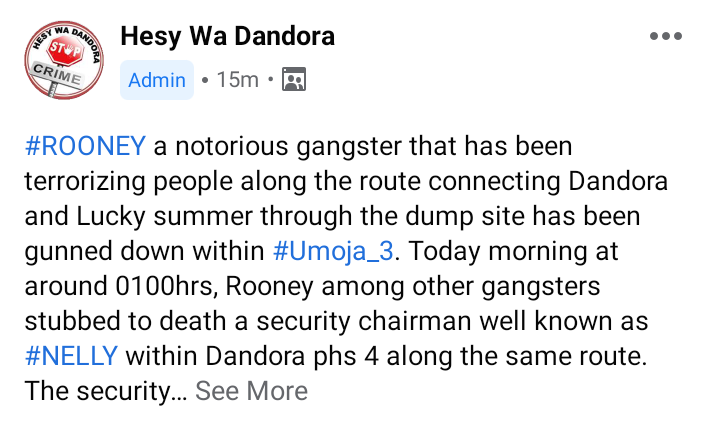 'Nobody Has Ever Died Because Of Being Single.' Amber Ray Says In Her Latest Post

What Raila, Makau Mutua & His Allies Did Hours After Announcing Martha Karua as Running Mate -Photos

How To Make A Girl Approach You Instead (3 Tricks)

5 Body Language Signs Women Give When They Like You